ExxonMobil and Russia are now drilling for oil in the Arctic 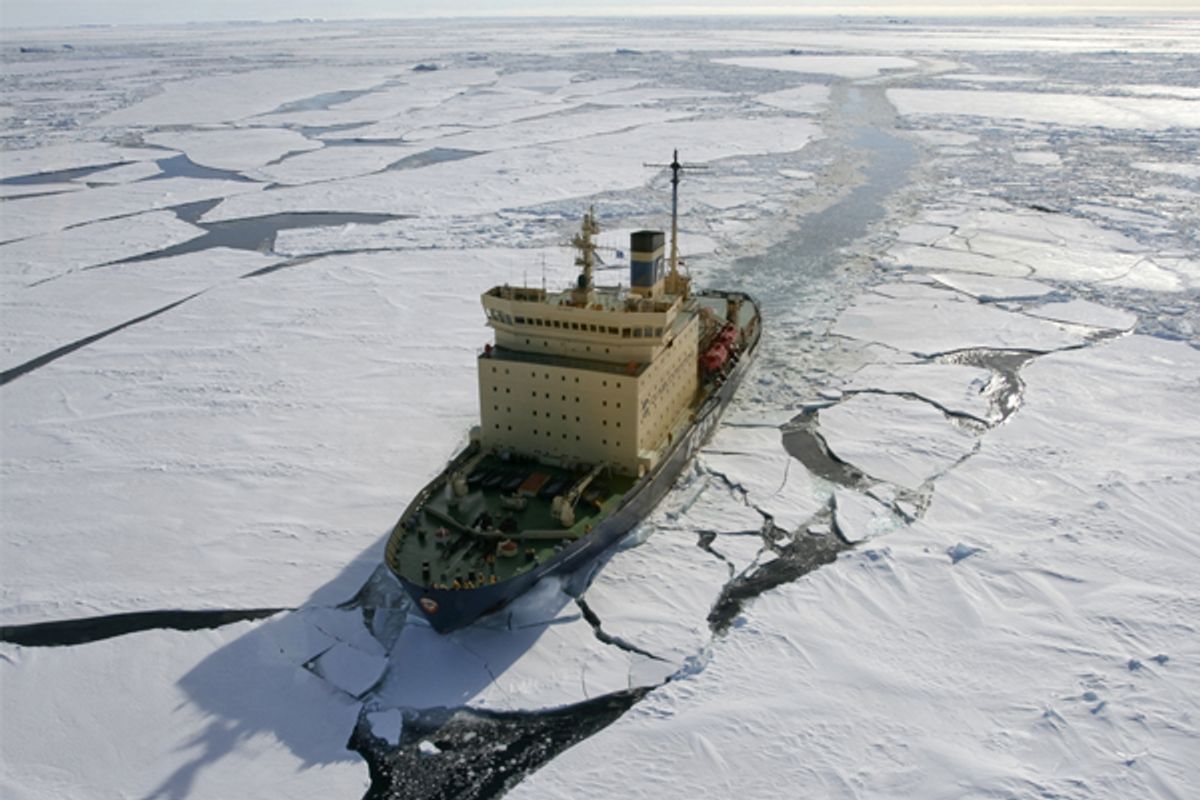 In blatant defiance of environmental opposition to drilling in the region, ExxonMobil began an oil exploration project in the Russian Arctic on Saturday. The move comes as the U.S. and European Union have imposed strict sanctions on Russia; however, since Exxon signed a contract to hire a rig before the sanctions were announced, the deal is able to go forward unimpeded.

Energy makes up half of Russia's revenue, and exploration of the Arctic represents the beginning of a crucial venture for the country. The $700 million project, conducted jointly between ExxonMobil and Russian oil producer Rosneft, is expected to continue for 70 days. The drilling will aim for Universitetskaya, a geologic formation beneath the ocean floor that is thought to contain up to 9 billion barrels of oil.

ClimateProgress reports on the controversy:

International environmental groups have long opposed drilling in the Arctic Circle, thanks to the region's unique ecosystem and the immense problems the harsh conditions create for drilling rig safety and the integrity of the industry's infrastructure. Simon Boxall -- an oil spill expert from the University of Southampton, who played a key role in analysis of BP's Deepwater Horizon oil spill -- told the Guardian in November that if drilling in the Arctic went ahead "it is inevitable you will get a spill -- a dead [certainty]. I would expect to see a major spill in the not too distant future."

Gustavo Ampugnani, an Arctic campaigner at Greenpeace, said in an emailed statement that ExxonMobil and Rosneft's plan "to drill in the ecologically sensitive Arctic is nothing less than absurd."

"The West Alpha platform is fast becoming the most controversial oil rig in the world," he continued.

Economic sanctions imposed by the United States may have an effect on Arctic drilling in the future. "Sanctions were not designed to stop this," said Edward Chow, a senior fellow at the Center for Strategic and International Studies in an interview with Bloomberg. "But overall the project is bound to slow down as would all long-term, high-risk projects of this sort until how sanctions are enforced and their duration is clear."