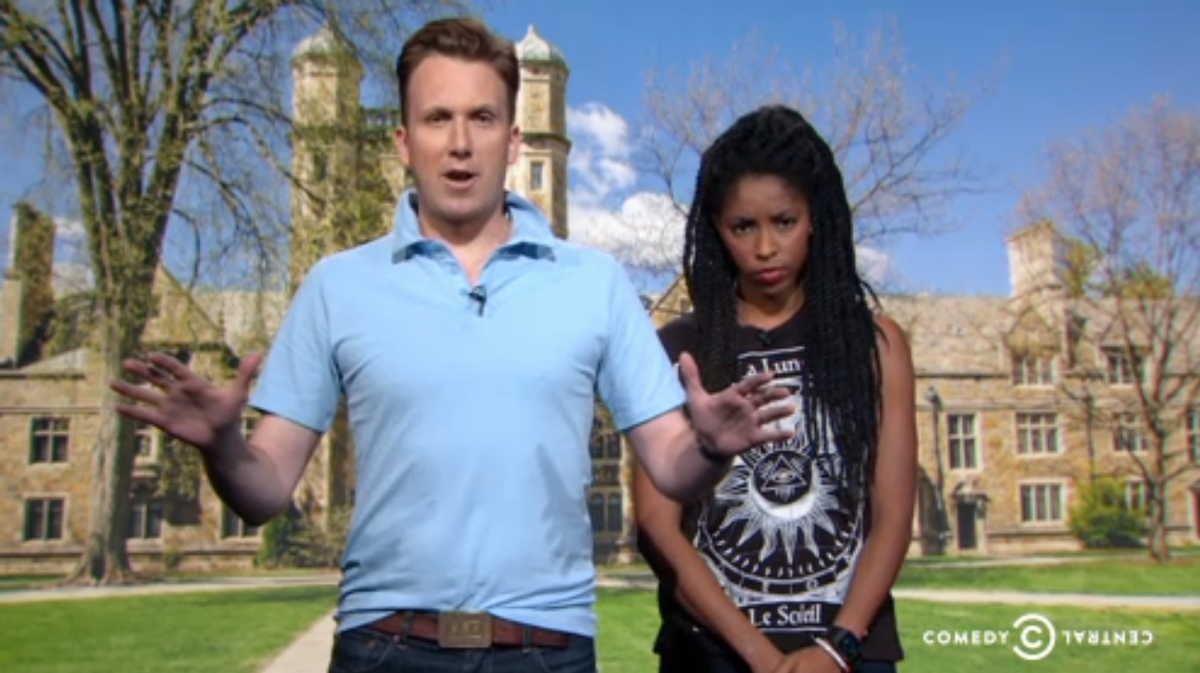 If you've ever wondered how "The Daily Show" turns dark subjects like sexual assault on college campuses into biting comedy segments, listen to the new "Daily Show" podcast, recently launched online by head writer Elliott Kalan and correspondent Jessica Williams. This isn't "The Daily Show 2.0" -- there's no comedy and there's no Jon Stewart. Instead, it's a chance for the writers and producers to talk about how they approach various news stories and give viewers insight into how the show works.

The first episode interviewed writer Jo Miller and producer Sara Taksler, the two self-identified "black crows that perch on the fence of the Daily Show" who tend to take on heavy subjects. Taksler, at the "Daily Show" for nine years, remembers a time when both she and the staff felt uncomfortable doing segments about women's issues (a subject of controversy back in 2010). That's changed (which is awesome), and even though staffers usually come up with segments pegged to the daily news cycle, Taksler spent a month researching sexual assault because that is an issue that's important to her.

Turned out, it was not just important to her: "We realized that we had these secret lives," said Williams, "where we were dodging the same people on the way to work, or we were doing the same techniques and tricks -- getting in a cab and looking on your phone to make sure that the driver's going the right way -- and the more we talked about it, the more we realized, 'This is bullshit! Let's do a piece about this.'"

And that, in a nutshell, is why diversity on staff matters. The formula, as Kalan summarizes, is to "dig deep into yourself, and the people close to you, and find the hidden disgust" in your daily life experiences.

For the podcast, head over to iTunes or the "Daily Show." Watch the segment on college sexual assault here:

A previous version of this article misattributed the quotes and work experience of producer Sara Taksler with those of Jo Miller. It was Ms. Taksler who worked at the "Daily Show" for nine years, and who researched the sexual assault story for a month.