Preview content from her new unfiltered online channel -- for free! 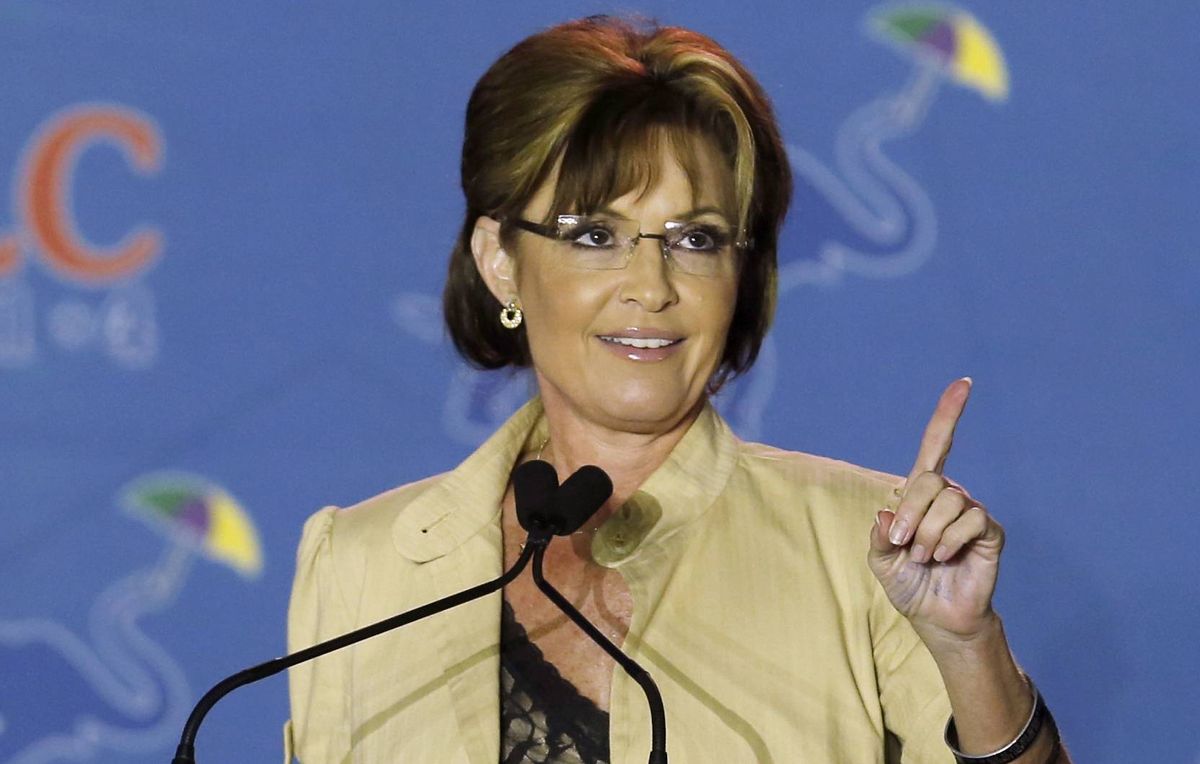 Palin recorded the bizarre segment for her new online subscription channel, so presumably she knew that she was talking in front of a camera, to communicate with other human beings. Here are the remarks she made in response to a recent speech by Massachusetts Sen. Elizabeth Warren:

"We believe"? Wait, I thought fast food joints...huh. Don't you guys think that they're like of the Devil or somethin' I was. Liberals, you want to send those evil employees who would dare work at a fast food joint then ya just don't believe in, thought you wanted to, I dunno, send them to Purgatory or somethin' so they all go VEGAN and, uh, wages and picket lines I dunno they're not often discussed in Purgatory, are they? I dunno why are you even worried about fast food wages because...Well, we believe an America where minimum wage jobs they're not lifetime gigs they're stepping stone."

Real, unfiltered talk from Sarah Palin, for only $9.95 a month. Subscribe today!