"We are human beings. We deserve to be buried by our children not the other way around" 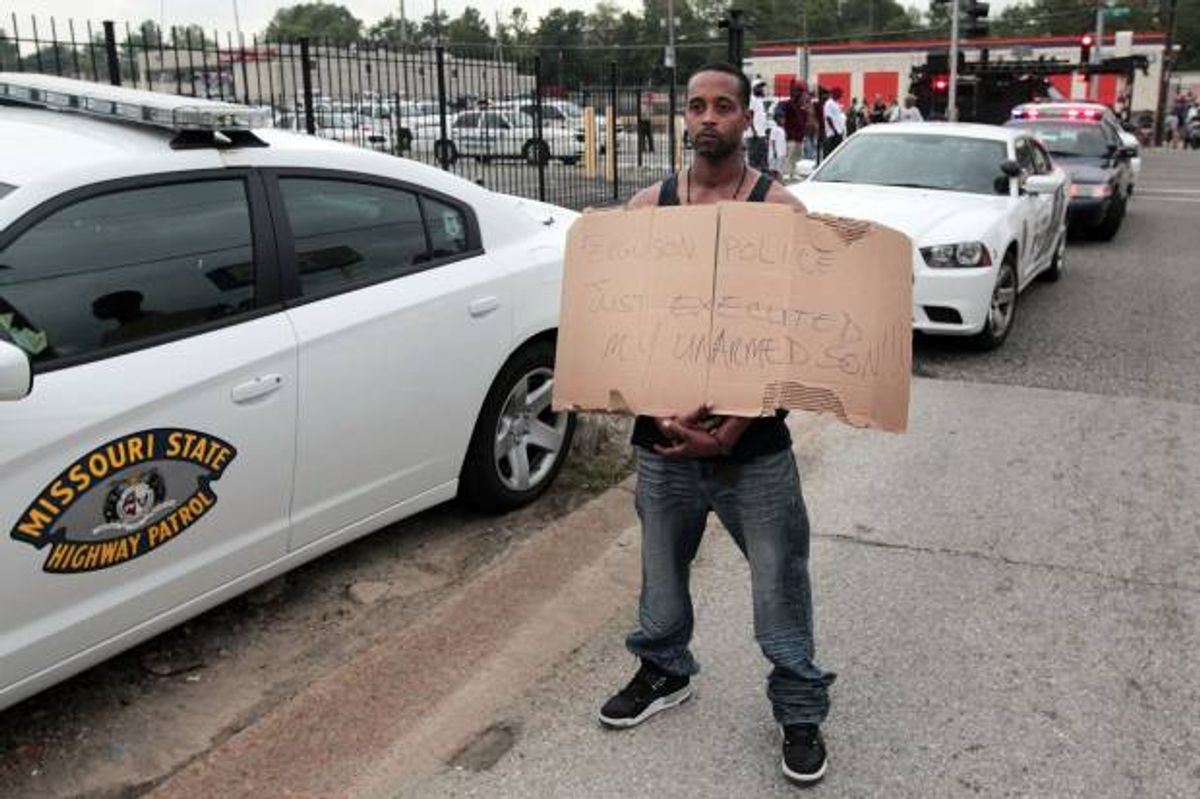 Over the weekend, Michael Brown, an 18-year-old boy from Ferguson, Missouri, was shot and killed by the police in broad daylight. The act prompted outrage in the community -- along with protests, riots and conflicts with police -- and around the nation. Brown would have started college today.

Artist Killer Mike took to Instagram to share his thoughts about the killing, and to make a plea for basic humanity. The essay below, via Pitchfork, was posted with a photo of Brown's grieving mother and stepfather.

We are human beings. We deserve to be buried by our children not the other way around. No matter how u felt about black people look at this mother and look at this father and tell me as a human being how u cannot feel empathy for them. How can u not feel sympathy for their pain and loss. These are not 'THOTS, niggas/niggers, hoes, Ballers, Divas.' These two people are parents. They are humans that produced a child and loved that child and that child was slaughtered like Game and left face down as public spectacle while his blood drained down the street.

Look at the pain of this mother; look into her eyes. Look at the man behind her. Look at that father made helpless and hurt that he cud not defend his seed. Don't debate. Don't insert your agenda. Save me the bullshit Black On Black Crime speech and look at these two Noble creatures called humans and look at what govt-sanctioned murder has done. It has robbed them of their humanity and replaced it with pain and shame, suffering and hurt.

I don't care if others rioted or why. I don't care that ballplayers and rappers are what they shud be. I care that we as humans care as much about one another more. I care we see past Class, race and culture and honor the humanity that unites our species. Stop talking and LOOK at these PEOPLE. LOOK at these HUMANS and stand with them against a system allows a Human PIG to slaughter their child. Forgive any typos love and respect u all.