Florida threatened by the biggest "red tide" in nearly a decade

A red tide occurs when algae grow out of control, endowing the waters with a reddish-brown hue 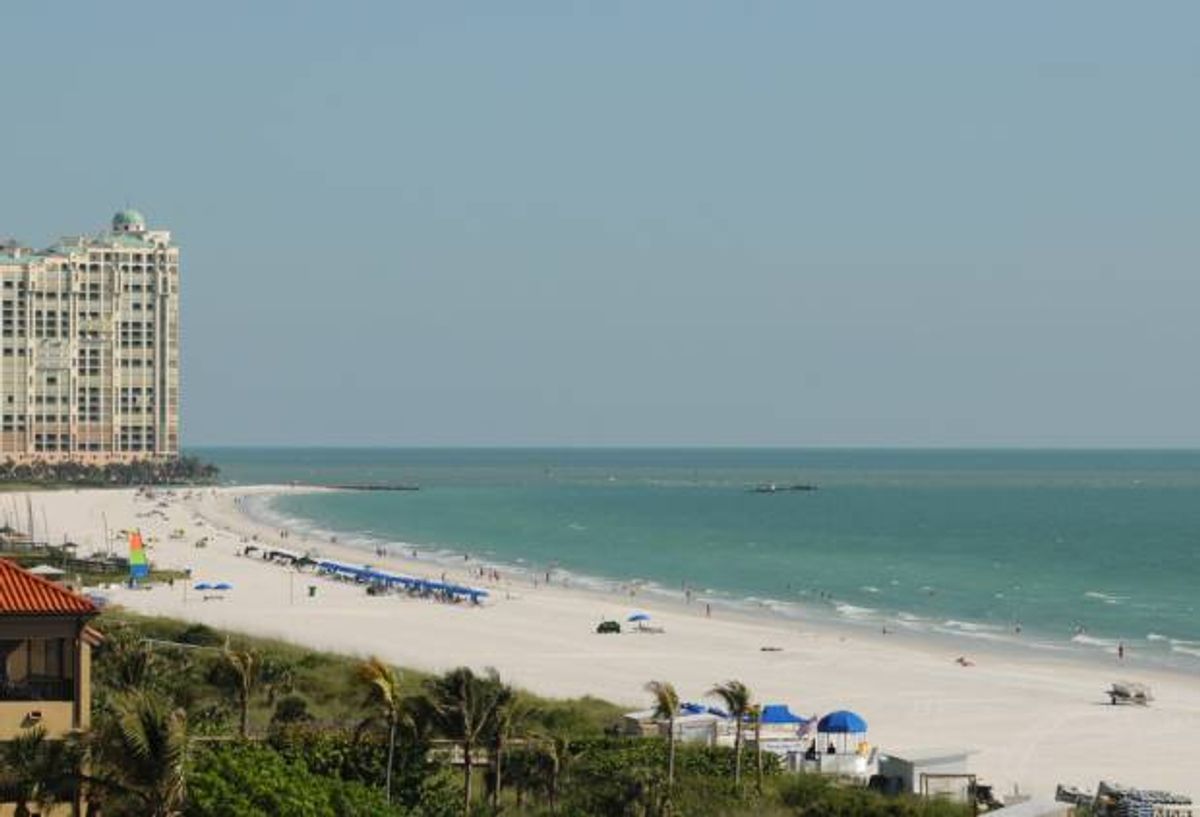 Florida's shores are being threatened by the approach of the biggest red tide since 2005. Large quantities of Karenia brevis, a microscopic algae, are known to gather every summer along Florida's Gulf Coast, but this year, the bloom is particularly massive at 60 miles wide, 90 miles long and at least 100 feet deep.

According to the National Oceanic and Atmospheric Administration, "red tide" is another term for a harmful algal bloom (or HAB), which occur when algae grow out of control and become toxic to surrounding marine life and people. Thus far, the bloom has killed around 1,000 fish, along with some crabs and octopuses.

The red tide is currently about 20 miles off the southwestern coast, but when it reaches 1 mile away, beachgoers will begin to notice changes in the quality of air. NBC News has more:

"When the wind blows, you can't really breathe," [Don Anderson, senior scientist at Woods Hole Oceanographic Institution], who has experienced it first-hand, told NBC News. "You start wheezing and coughing and you have to wear a surgical mask or move inland."

Those with respiratory conditions like asthma or emphysema sometimes end up in the hospital. Seafood lovers feasting on oysters, scallops and clams have to worry about neurotoxic shellfish poisoning, which is not fatal, but can produce some extremely unpleasant symptoms like nausea, vomiting and dizziness.

This is obviously not great for tourism, the fishing industry or people who have to pay for a night in the hospital. Overall, algal blooms cost the United States $82 million each year, according to [NOAA].

Seafood from local restaurants are generally all right to eat since they have been monitored for safety (but you shouldn't eat anything you caught yourself), so Florida's tourism industry shouldn't be too badly hurt. Not as much can be said of the dying fish, as well as manatees and dolphins. According to NBC News, last year, 276 of the state's 5,000 manatees died after consuming algae that had settled on sea grass. In 2004, 100 dolphins were found dead after they had eaten algae-contaminated fish.

Red tides are not a new phenomenon; they have been observed in the southern Gulf of Mexico since the 1700s and in Florida's Gulf Coast since the mid-1800s. They can last from a few weeks to a year, often surging and receding in terms of their severity. Unfortunately there is no easy way to control red tides, since the harmful toxins are released when the organism dies. For that reason, whatever method of control would need to not only kill the algae, but eliminate the toxins. Thus far, this hasn't been possible.