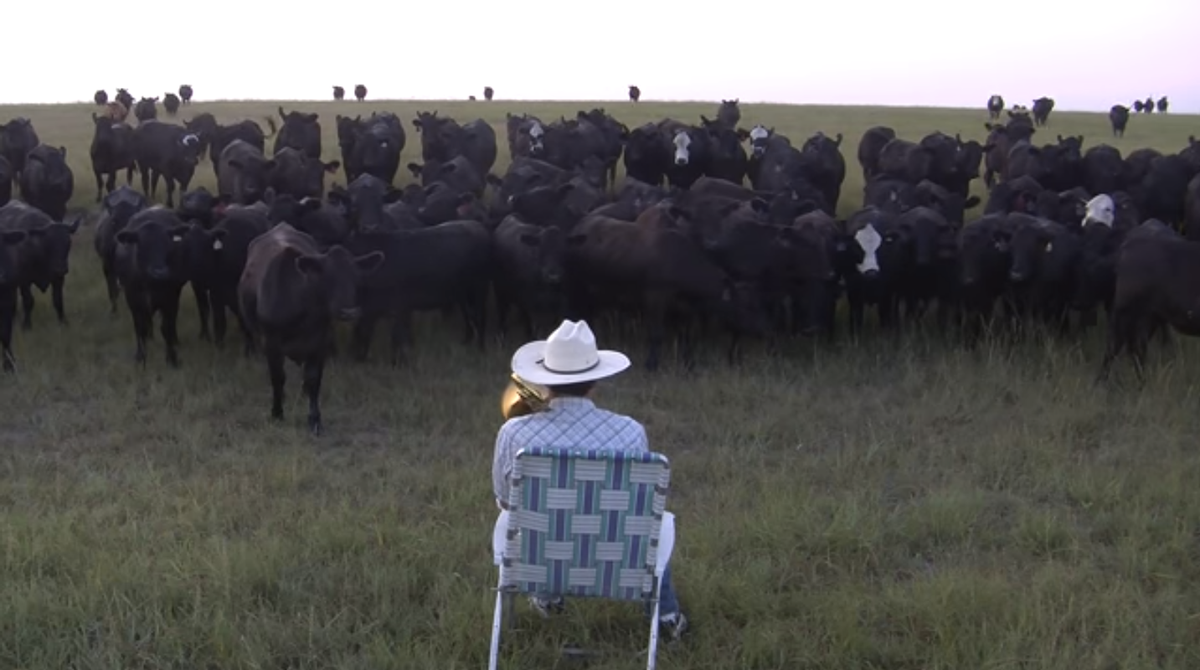 By now, you've probably seen the video of a farmer summoning a herd of cows by playing Lorde's "Royals" on his trombone (over 5 million views and counting). And if you haven't, boy are you in for a treat:

Farmer Derek Klingenberg is actually something a YouTube celebrity for his ag-inspired parodies of pop hits like Ylvis' "The Fox" ("What Does the Farmer Say?") and Macklemore and Ryan Lewis' "Thrift Shop" ("Ranching Awesome"), all of which he records from his farm in the Kansas Flint Hills. All are testament to his love for the farming lifestyle -- as he wrote on his Facebook page of this latest video, "There is something wonderful about playing a trombone in the middle of a prairie to 380 heifers."

So how did he get his cows in on the action? First, the bad news: the animals don't seem to have an intrinsic love for Lorde. Klingenberg explained that behind him, and out of the frame, was a pickup truck that he uses to feed them. The good news, though, is that love for Lorde can be taught through Pavlovian conditioning -- the cows have learned that when he plays the trombone, they get to eat.

But he got them all to moo in synch at the end remains a mystery even to him.

"I love it. It's a creative outlet," Klingenberg told Salon of his burgeoning reputation as the Weird Al of agriculture. "But at the same time I do want to create an awareness that farmers are good people that have a connection with the land and animals. We are  very serious about family and God.  We are not the folks the media tries to make us look like."