Starbucks's HR fail: Why you can't raise kids unless you know your work schedule in advance

It may finally be changing its policy, but it's not the only company to force employees to work last-minute shifts 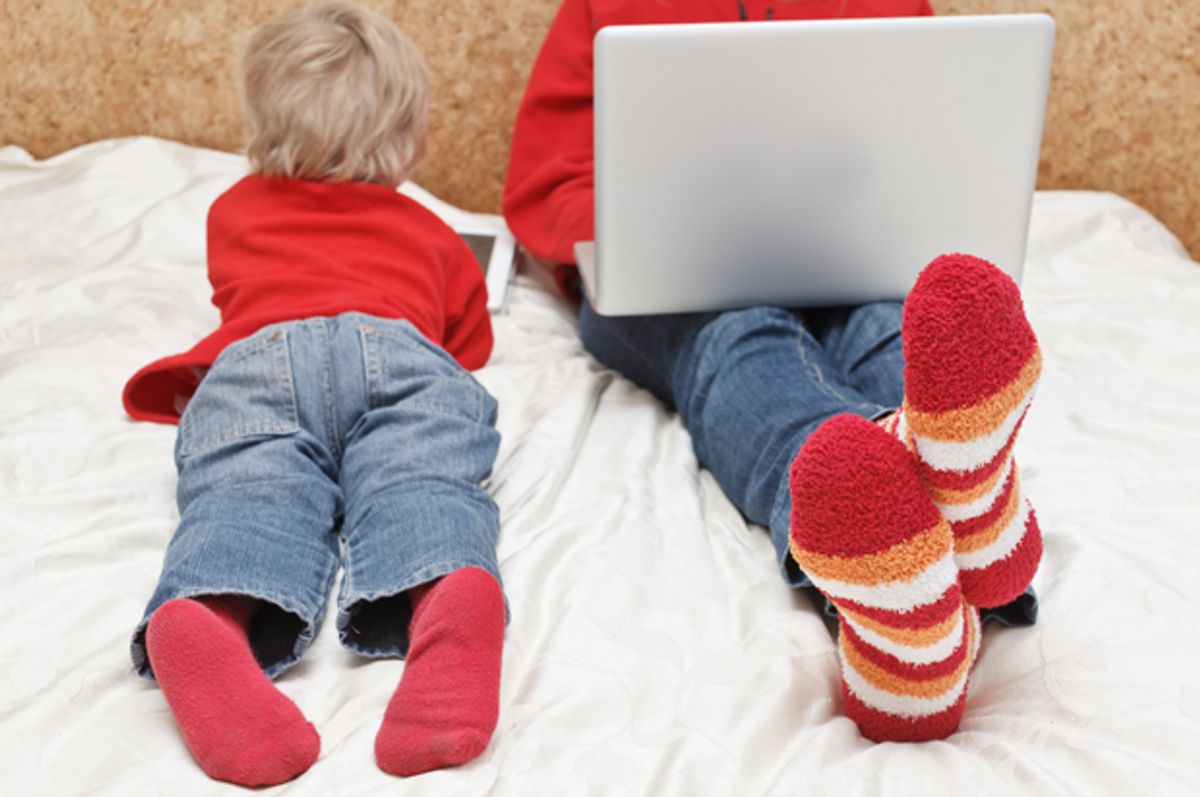 As a retail worker for 10 years, I regularly knew my schedule no less than a week in advance. I was a buyer in a health food store. I sold lotions at a tiny storefront. I was the manager of a women’s clothing boutique. Every once and a while, my manager or worker would ask for me to cover a shift. Maybe a few times I was “on-call.” But only when I worked two jobs one summer during college break did I create my own lousy schedule—I sold clothes at Express on Columbus Avenue during the day, and once my shift ended at 7 p.m., I’d walk across the street to a neighborhood pizza shop, Peretti’s, and run the counter until 1 a.m. But I had no kids. I had no responsibility except to collect my paycheck. I had no problem being at the mercy of my schedule.

But now, as a mom, I've frequently thought back to those chaotic days and marveled at how impossible it would be to raise children while working unpredictable jobs. And so I was pretty shocked to read yesterday's article in the New York Times about Starbucks' computerized scheduling.

If you’re a single mother juggling childcare and work at Starbucks, you’ve most likely been at the mercy of Starbucks’ scheduling software, which uses sales patterns and data to plan work hours all of its baristas. The New York Times’ Jodi Kantor just profiled Jannette Navarro, a 22-year-old Starbucks barista and single mother yesterday--Navarro rarely learns her schedule more than three days before the start of a workweek. Writes Kantor: “Ms. Navarro’s degree was on indefinite pause because her shifting hours left her unable to commit to classes. She needed to work all she could, sometimes counting on dimes from the tip jar to make the bus fare home. If she dared ask for more stable hours, she feared, she would get fewer work hours over all.”

Her chaotic schedule included doing back-to-back shifts—she was scheduled to work until 11 p.m. on a Friday night and then asked to come back to the store at 4 a.m. the next morning. Though profits have increased from these new scheduling tools, there are complications that computers can’t possibly take into effect, such as planning for childcare or commuting time.

Today, Starbucks' CEO announced  that he had read the NYT article and changes to this policy were imminent. But other companies--such as Radioshack and Payless--use similar scheduling software, too.

Navarro's pay check was somewhere between $400 to $500 every two weeks—and those were the good weeks. How is a single parent able to schedule their life when companies like Walmart, Ashley Stewart, McDonald’s and most other large scale retailers use a scheduling program that prioritizes its business metrics over its employees' basic needs? As Navarro said: “You’re waiting on your job to control your life.”

As parents try to find child care while juggling a low-income job, and that job’s sales-based scheduling system, it seems unlikely to be a concidence that some women are leaving their children to play in parks while they work a shift.