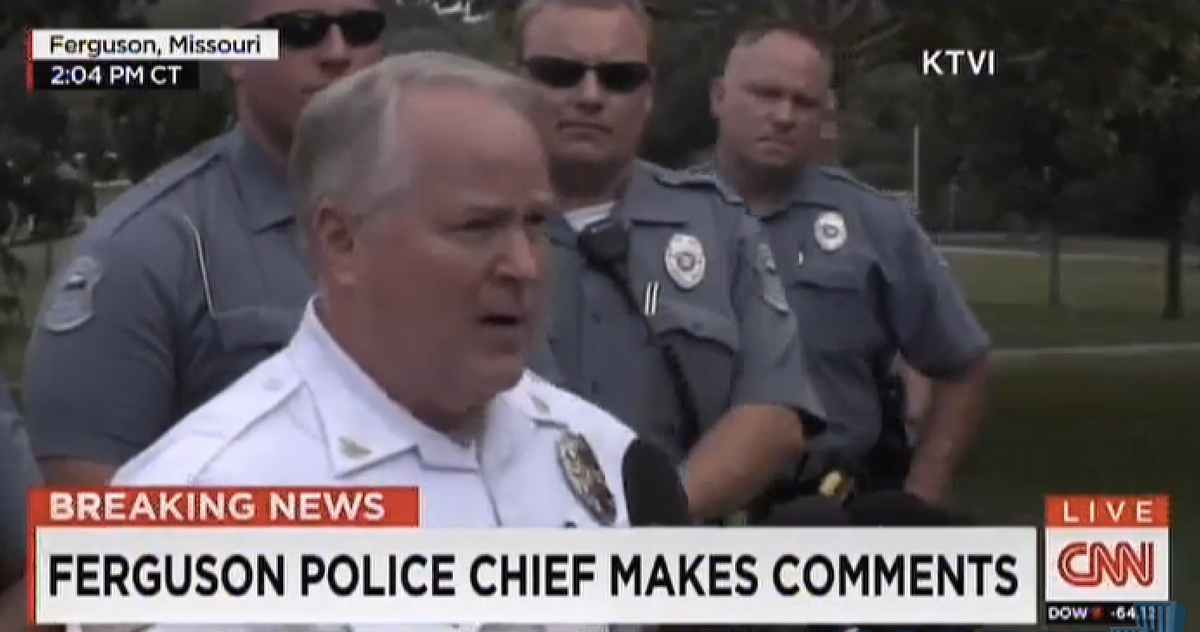 FERGUSON, Mo. (AP) -- The chief in the St. Louis suburb where an unarmed black teenager was fatally shot by police says the officer didn't know the teen was a robbery suspect at the time of the shooting.

Ferguson Police Chief Thomas Jackson says 18-year-old Michael Brown and his friend were stopped Saturday "because they were walking down the middle of the street blocking traffic."

Jackson earlier Friday released documents alleging Brown had been suspected of stealing a $48.99 box of cigars from a convenience store in a "strong-arm" robbery shortly before he was killed.

During an afternoon news conference Jackson said the robbery "was not related to the initial contact" between the officer and Brown.