Obama: Men of color are seen as "objects of fear"

On Monday, Obama spoke about Michael Brown and racial disparities in the criminal justice system 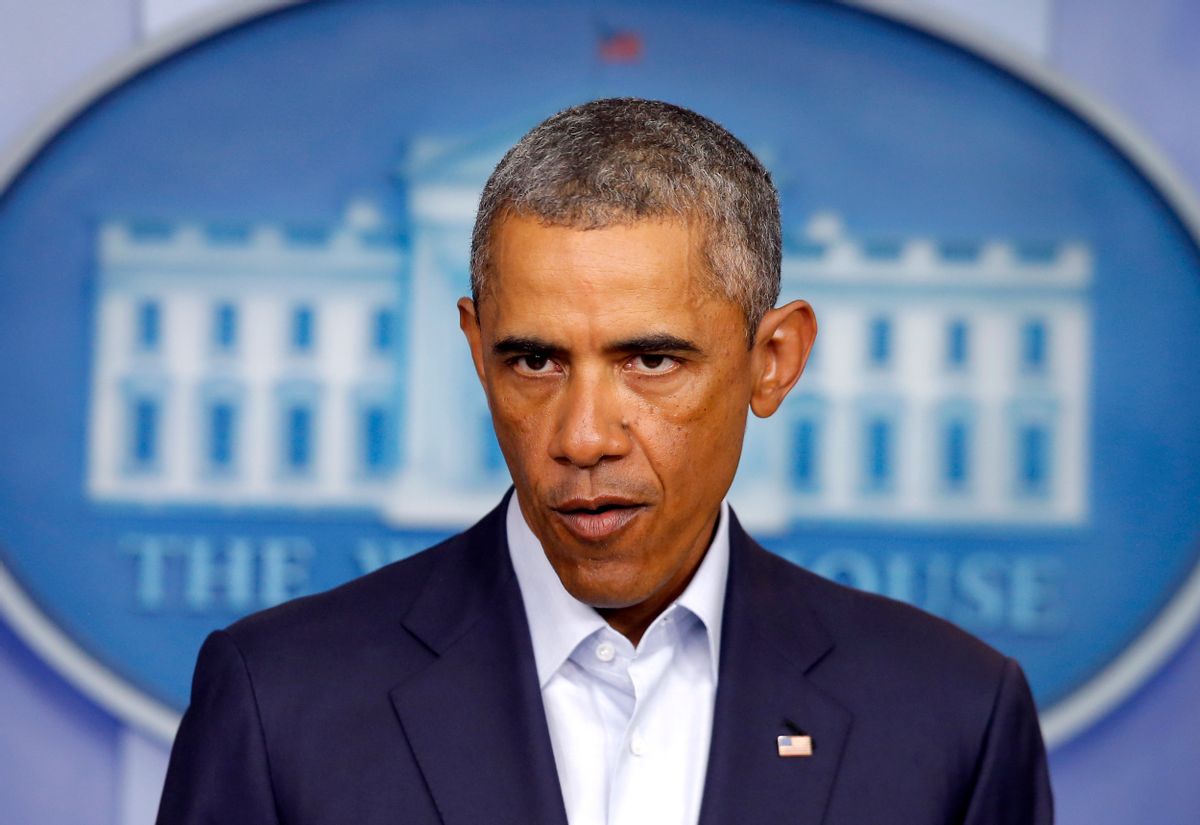 In a statement made on Monday afternoon, a visibly fatigued President Obama addressed the escalating tensions and violent protests in Ferguson following the fatal shooting of unarmed teenager Michael Brown. Obama announced that he had met with Attorney General Eric Holder, who would travel to Ferguson to meet with FBI officials who are conducting a federal investigation into the circumstances surrounding Brown's death.

Obama stressed that violent protests did nothing to contribute to the fight for justice in Ferguson. "While I understand the passions and the anger that arise over the death of Michael Brown," he said, "giving in to that anger by looting or carrying guns, and even attacking the police, only serves to raise tensions and sir chaos. It undermines, rather than advances justice." Although he acknowledged that the "vast majority" of protesters had remained peaceful, the small contingent of violent protesters were hurting their cause. He advised that it was time for the American people to "listen and not just shout."

Obama continued to speak about the mistrust between locals and law enforcement: "In too many communities, too many men of color are left behind and seen only as objects of fear," he said. "Part of that process is looking at our criminal justice system and making sure that it is upholding the concept that everybody is equal before the law."

He cited that black men and boys are at a disadvantage when it comes to the law: They interact with the criminal justice system frequently from an early age and sentencing "may" be different. "Given the history of this country, where we can make progress ... is making sure our criminal justice system is acutely aware of the possibility of disparities," he said.

The entire press conference is available below.