CNN anchor's Ferguson idea: Why not use water cannons on the protesters? 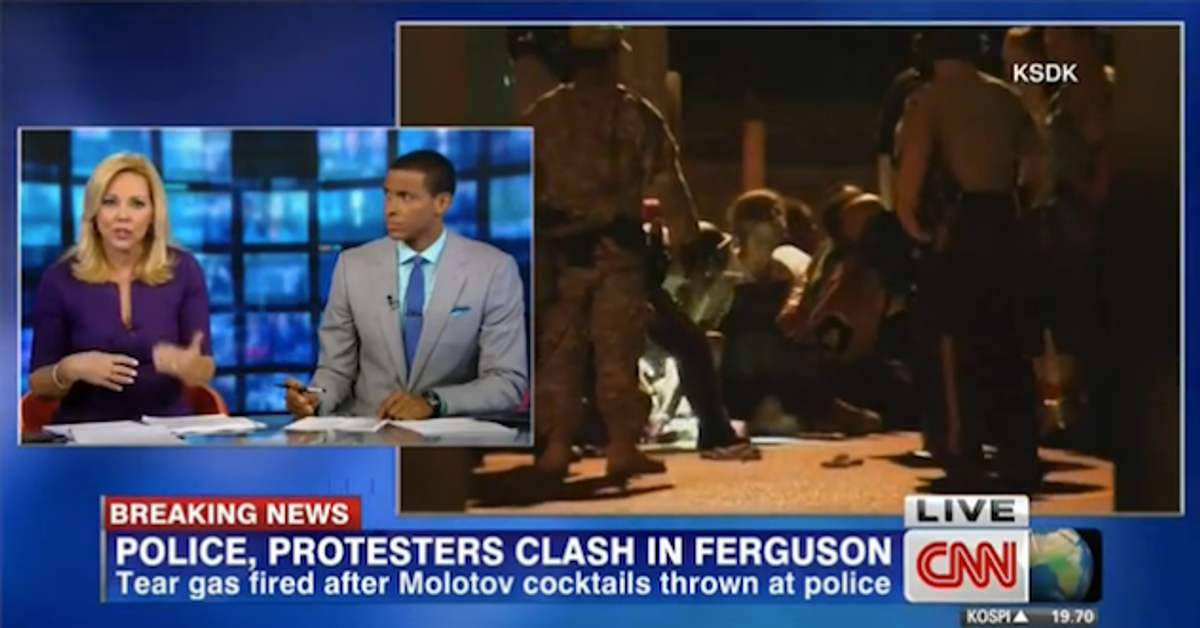 During CNN's live coverage of the unrest in Ferguson following the killing of an unarmed African-American teenager, Michael Brown, by a white police officer, Darren Wilson, anchor Rosemary Church came up with a solution: "Why not perhaps use water cannons" on the community protesters?

Yesterday, Gov. Jay Nixon declared a state of emergency and called in the National Guard to help facilitate peace between protesters and police forces assigned to manage the crowds. The governor also announced he was lifting the curfew he had imposed the night prior.

However, clashes continued last night, despite repeated calls from community leaders and officials on the scene. A total of 31 people were arrested, including numerous protesters and even a few members of the press who were escorted away in handcuffs and thrown in the back of armored police trucks. One man was reportedly shot and two fires broke out. Though accounts varied, some in the crowd reportedly threw objects at police, which prompted officers to send armored vehicles toward protesters and launch tear gas cartridges to disperse the crowd.