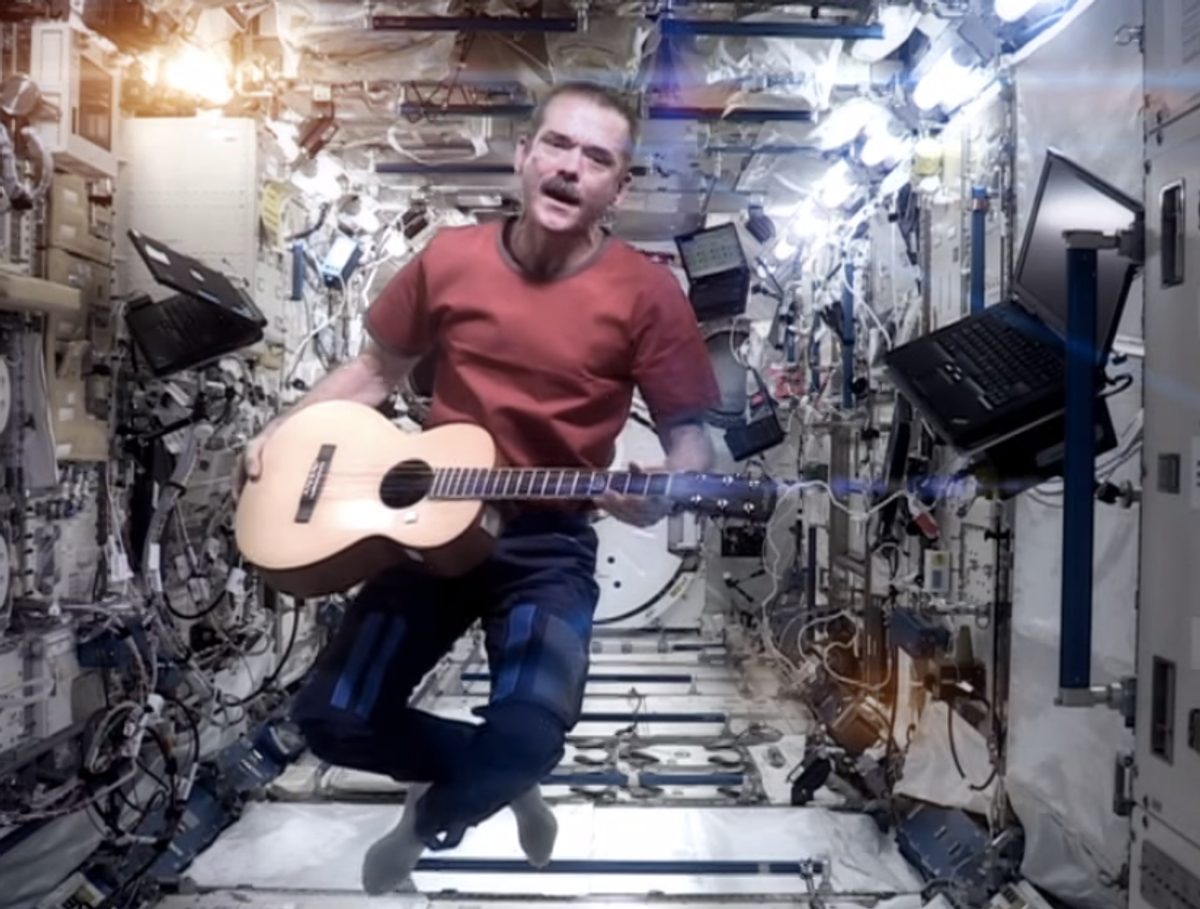 Retired astronaut Chris Hadfield is famous not only for being the first Canadian to command the International Space Station, but also for his incredible, instructive and altogether day-brightening YouTube videos shot from space. (You may recall his brilliant David Bowie cover, or his tribute to Canada.)

Deadline has learned that at TV show based on his memoir, "An Astronaut's Guide To Life On Earth," has been nabbed by ABC. The show will be a multi-camera comedy about an astronaut's struggle to return to domestic life, post space-exploration. "Surviving Jack's" Justin Halpern and Patrick Schumacker, are creating the show, and Hadfield will serve as a consulting producer.

If the family comedy is anything close to Hadfield's own productions -- the perfect mix of goofiness, space humor, mustaches and confidence -- I'll certainly be tuning in. (It could also be a great way to get kids excited about space exploration!)

Gear yourself up for the show by watching some of Hadfield's videos below: