More madness at Ferguson: Watch this officer point his rifle at protesters

Another sad reminder of what peaceful protest looks like 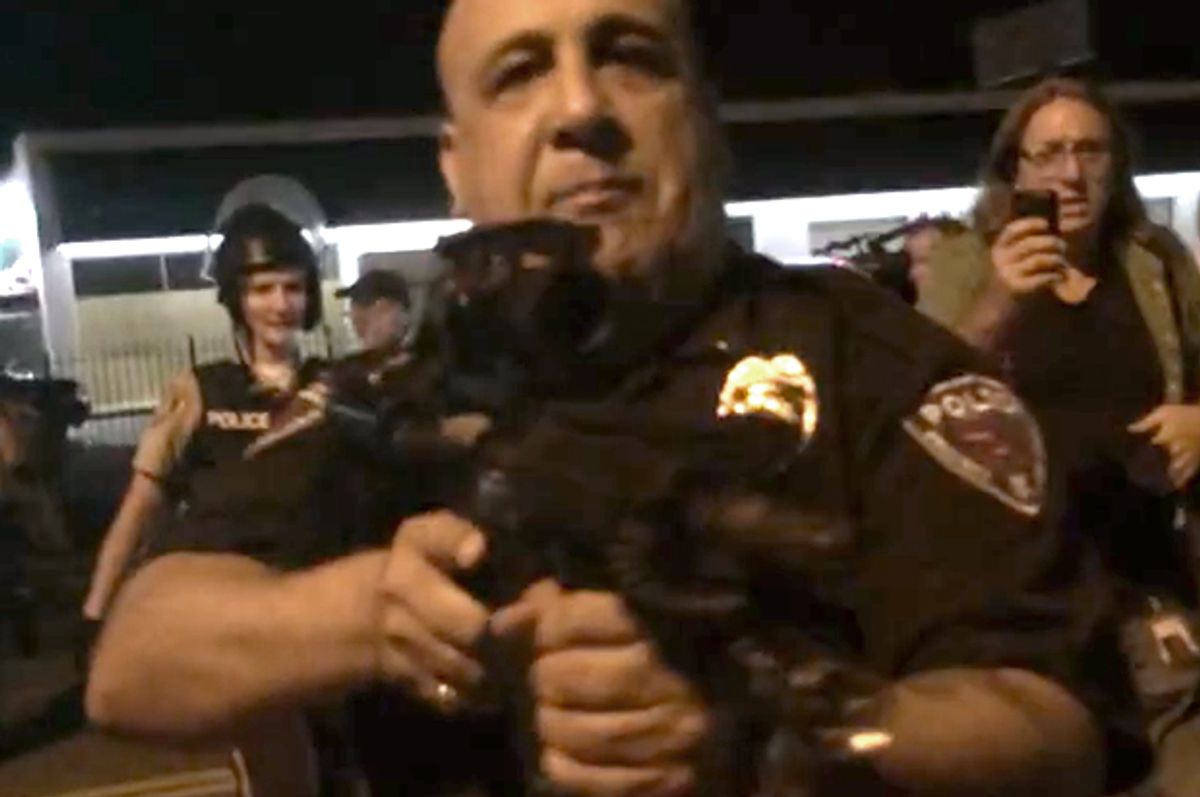 An officer points his rifle at the crowd in Ferguson. (YouTube/Caleb-Michael Files)
--

In another lesson of how not to deescalate a contentious situation, an unnamed police officer in Ferguson, Missouri, pointed a rifle at demonstrators and members of the press last night.

The incident transpired on the ninth night of protests following the killing of an unarmed black teenager, Michael Brown, by a white police officer, Darren Wilson. Brown's death has ignited outrage in the Ferguson community, which has spread virally across the country, evolving into a national protest against police brutality and overreach. Media outlets from all over the world descended on Ferguson to cover the protests and unrest, only to be jailed in some cases and physically assaulted by officers attempting to control the crowds.

President Obama has called for calm and "healing," and sent Attorney General Eric Holder -- as well as an exhaustive amount of Department of Justice resources -- to the small St. Louis County suburb to investigate the circumstances of Brown's death. Mr. Holder has promised that "the Justice Department will continue to stand with this community."

In an Op-Ed in the St. Louis Post Dispatch, Mr. Holder noted a need to "begin the healing process," adding, "we must first see an end to the acts of violence in the streets of Ferguson."

Watch the video clip of the officer threatening the protesters below: