Plus: Hillary Clinton canceled an appearance she asked for, and how the "Karl Rove of SNL" is holding the show back 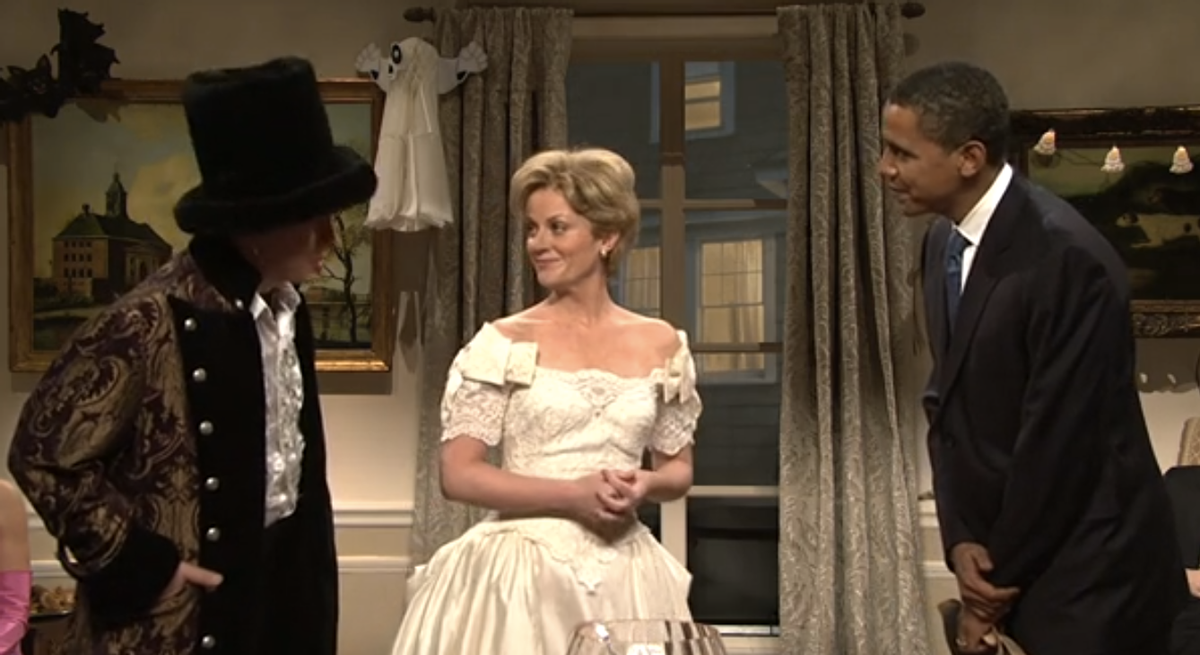 The Hollywood Reporter has published a captivating excerpt from the updated edition of "Live From New York," the 2002 "SNL" oral history by Pulitzer Prize-winning Washington Post television critic Tom Shales and television producer James Andrew Miller. The book, out Sept. 9, picks up the show's history where it left off, follow-up with the inner workings of the show during the 2000s.

The excerpt reveals that cast members felt tense, but reenergized by the politics of the 2008 election cycle, and suggests that while the nation's political landscape changed "SNL," the reverse might also be true. Read some of the highlights below, but head over to THR to read the whole thing.

2007 was the era of peak Hillary Clinton "entitlement," according to executive producer Lorne Michaels, but her absence made room for Barack Obama:

Lorne Michaels, executive producer: We were contacted by, I think, Howard Wolfson from Hillary [Clinton's] campaign, and they wanted to do the first show of the season. [Barack] Obama was heating up, but they called first, so I said OK. You have to play by those rules. And then, the week of, they bailed. I went, "Really? You called us, and we gave it to you." I think every now and then I get carried away and think we actually do have influence. And then, after that, we put Obama on the date when Hillary was supposed to be on. The sense of entitlement which was following her everywhere at that point peaked for me at the bailing.

It was also a revolutionary time for Amy Poehler:

Amy Poehler, castmember: Playing Hillary and Sarah Palin was an indication of women taking center stage in politics in a way that I hadn't been able to experience in my time there. My first show was two weeks after 9/11 happened, and for the first three or four years of my time there, we could barely do anything political. Everyone and everything was so tender, and we had lost Will Ferrell as our [George W.] Bush. Everything was so bad; the news was so bad. There was a lot of pop-culture stuff, and getting to finally do really deep political parody at the end of my career there felt really satisfying.

Horatio Sanz, castmember: I always kind of felt bad when Will Ferrell did his Bush impression because he was such a good old boy that you really didn't think, "Oh, this evil little rich prick whose dad and his friends got him in office." You thought, "Oh, he's just a good old guy I'd like to drink beer with." As funny as Will's impression was, the audience as a whole, the whole country, would probably see that as, "Oh, I like Bush. Because he's Will." You know, if Will hadn't done that impression, or at least made him likable, it may have tipped it the other way. I honestly think so. We made up for it. I think Tina's impression basically killed Sarah Palin.

But politics shaped "SNL", too. Obama, for example, got the final word in a sketch about racial profiling:

Robert Smigel, writer: It wasn't until my last season that the network refused to air a "TV Funhouse." It was a live-action one that was meant to be about racism and profiling, an airline-safety video with multilingual narration, and whenever you heard a different language, they would cut to people of that nationality. First, typical white Americans, then a Latino family, then a Japanese family, all being instructed about seat belts, overhead compartments, et cetera. Then it cuts to an Arab man, and the narrator says, in Arabic, "During the flight, please do not blow up the airplane. The United States is actually a humanitarian nation that is rooted in the concept of freedom," and so on. … When the standards people freaked, Lorne fought them. Standards pushed back hard. They even got someone at NBC human resources to condemn it. … Lorne said, "I have a plan." Obama was doing a cameo in the cold open. Lorne told me he would show my sketch to Obama. "If Obama thinks it's OK, they won't be able to argue it." I thought it was a brilliant idea, except why would Obama ever give this thing his blessing? What if word got out? "Hey, everybody, that guy over there said it was cool. The one running for president of the country." But I loved Lorne for caring this much and being willing to go that far to get this thing on TV.

The appeal to politicians and a wide audience has, in Sanz's opinion, prevented the show from doing truly edgy things:

Sanz: I don't think the show itself has ever let its freak flag fly in the last 20 years. Lorne's very concerned with being neutral so he wants to make fun of everyone. … He doesn't want the show to be this liberal bash rag. He may be a little more conservative than he lets on. … And you also have Jim Downey, who's basically the Karl Rove of SNL. He's always writing the right wing sketches, and honestly I think a lot of times they're out of tune with the audience. … I think Lorne sometimes leans too much on Downey and not enough on guys like Seth. Basically in the last couple of years, it's been Seth going up against Downey to set the show's tone on politics, and I think we could definitely have been harder on the right. They deserved it, and we dropped the ball as far as getting them.