It's not just Michelle Obama! 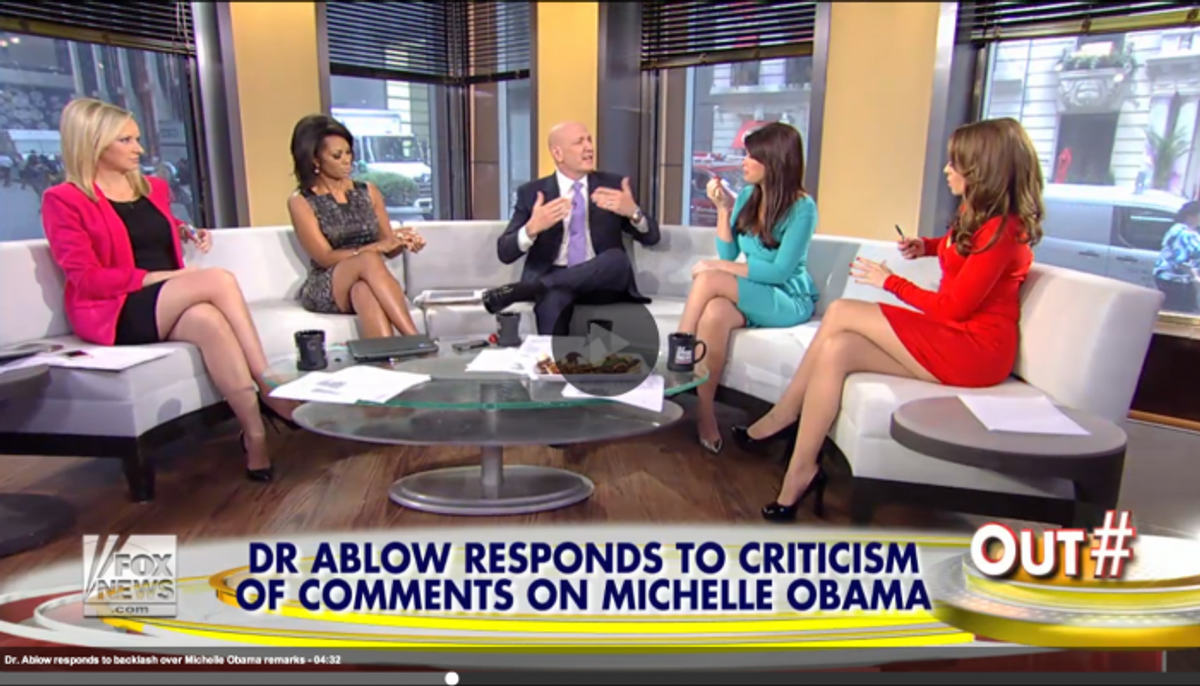 And now, a guide to shoving one's foot about as far into one's mouth as a foot could possibly go, courtesy of Fox News pundit and preacher of weight loss advice Keith Ablow. On Thursday, Ablow appeared on the network's "Outnumbered" to respond to criticism over his recent "observation" that first lady Michelle Obama "needs to drop a few." But instead of actually addressing -- or, better yet, apologizing for -- his earlier comments, Ablow stood by his remarks and told each of the show's four female co-hosts that they, too, could stand to lose some weight.

"Should each of us lose five pounds? Probably," Ablow said. "We all could be a little more fit, except for the woman in red."

The woman in red, Jedediah Bila, was joined by her co-hosts in reacting to Ablow uproariously and, quite frankly, rather appropriately. Some selected responses:

"I wish you were drinking now because that would explain this crazy behavior!"

"Oh hell no you did not just tell a Puerto Rican woman she needs to lose five pounds! I'll see you after the show."

Ablow, of course, stood by his assertions, and still didn't seem to understand why it's none of his business to speculate about the first lady's dietary habits. (Only one of the reasons he's wrong to do that, by the way, is because -- as Bila aptly pointed out -- he knows nothing about what Michelle Obama eats.) Thankfully, co-host Sandra Smith shut down Ablow's final inane comments with some age-old wisdom.

"I'll tell you what the bottom line is," Smith said. "Maybe, in future appearances, you think about what you're going to say before you say it, and if you don't have anything nice to say, don't say it at all."