Julia Roberts doesn't need the spotlight: Why the Emmys is too obsessed with movie stars 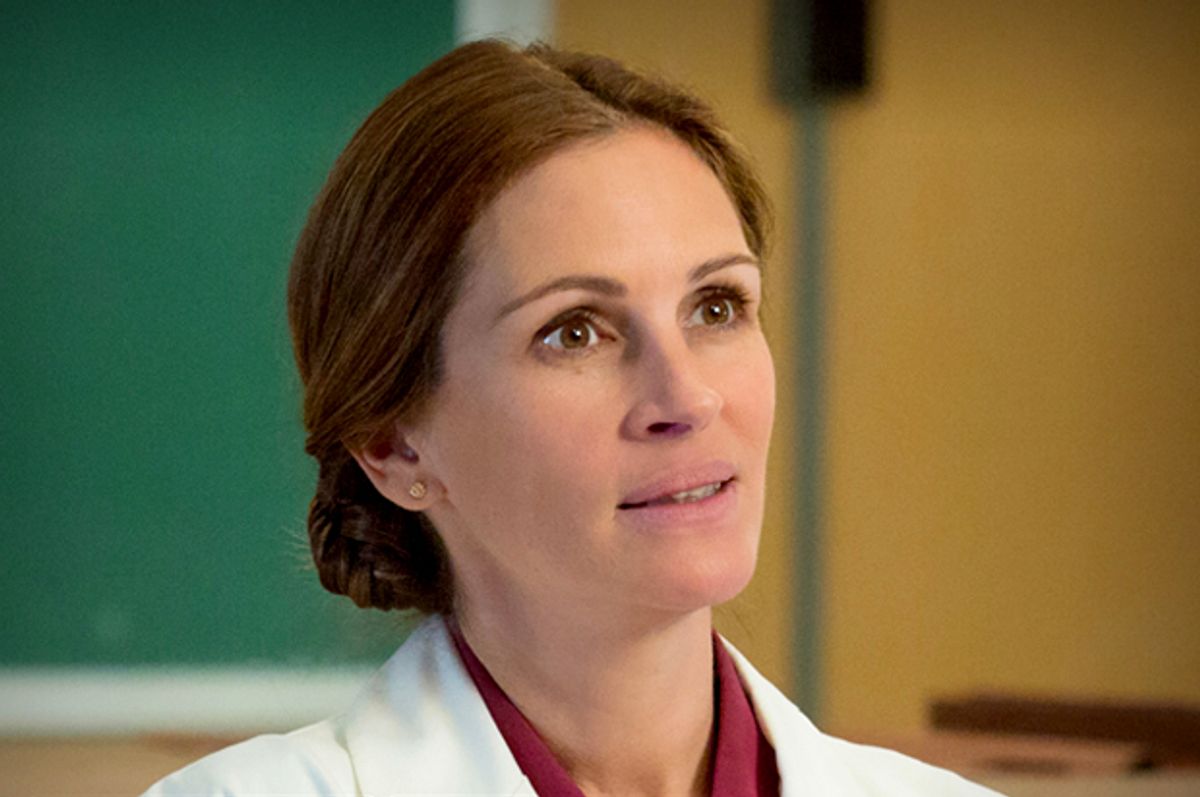 The first round of Emmy presenters to get announced included some of TV's biggest stars -- Bryan Cranston, Julianna Margulies, Julia Roberts, Jim Parsons...

Wait. Julia Roberts? The movie star will be lending wattage to the Emmys in the way that Nicole Kidman, Gwyneth Paltrow, and Kate Winslet have in recent years -- a distraction that proves TV still has a vestigial inferiority complex. Roberts is nominated for an Emmy, and could very well win, for her brief supporting turn in HBO's "The Normal Heart" this year. And if history is a guide, she'll be given a marquee spot in the ceremony, even though her last role on the small screen was in a 1999 episode of "Law & Order."

The Emmys have a robust recent history of giving trophies to movie actors over their perhaps more deserving TV-centric peers, asking movie stars to present the top awards, and cutting to them in the audience. At TV's biggest night, it pays to spend most of your time working outside TV. Just ask Melissa McCarthy, who won a 2011 best actress Emmy for "Mike & Molly" that was widely viewed as a prize for "Bridesmaids," or Gwyneth Paltrow, who scooped up an Emmy for "Glee" and went on to hand out the top prize of the night. The miniseries categories seem disproportionately weighted with superfame, partly by movie stars looking to pick up the "E" for their "EGOT" (Roberts in "The Normal Heart," Kidman in "Hemingway & Gellhorn," Winslet in "Mildred Pierce"), and partly by the Emmy voters' own fixations. Ellen Burstyn famously got an Emmy nomination for her 14-second cameo in the HBO film "Mrs. Harris," and won last year for an over-the-top role as a former showgirl in the fun but risible "Political Animals." She's nominated again this year for Lifetime's "Flowers in the Attic," no one's idea of an instant classic.

Voters are clearly checking off names they recognize as famous ones, and good for them: it's their awards show, and they can run it however they want. But a fixation on celebrity forgets what makes TV great. Roberts is perfectly fine in her supporting role, as does Matthew McConaughey's nomination for "True Detective" -- but in general TV acting, sustained over years and tapping into many resources, is very different from the concentrated, flashy burst of charisma movie stars provide.

The Emmys should be proud to be honoring TV! Their presenters list should consist of folks who have a long history of connecting with small-screen viewers; their winners should be people who really dazzled, rather than the actress who most recently signed a miniseries contract with HBO. After all, the Oscars didn't ask Jim Parsons to present the best actress trophy, even though far more people have seen "The Big Bang Theory" than "August: Osage County" and "Blue Jasmine." Julia Roberts is a great star, but Julianna Margulies is a great television star, and having her present best drama seems like a much better choice.