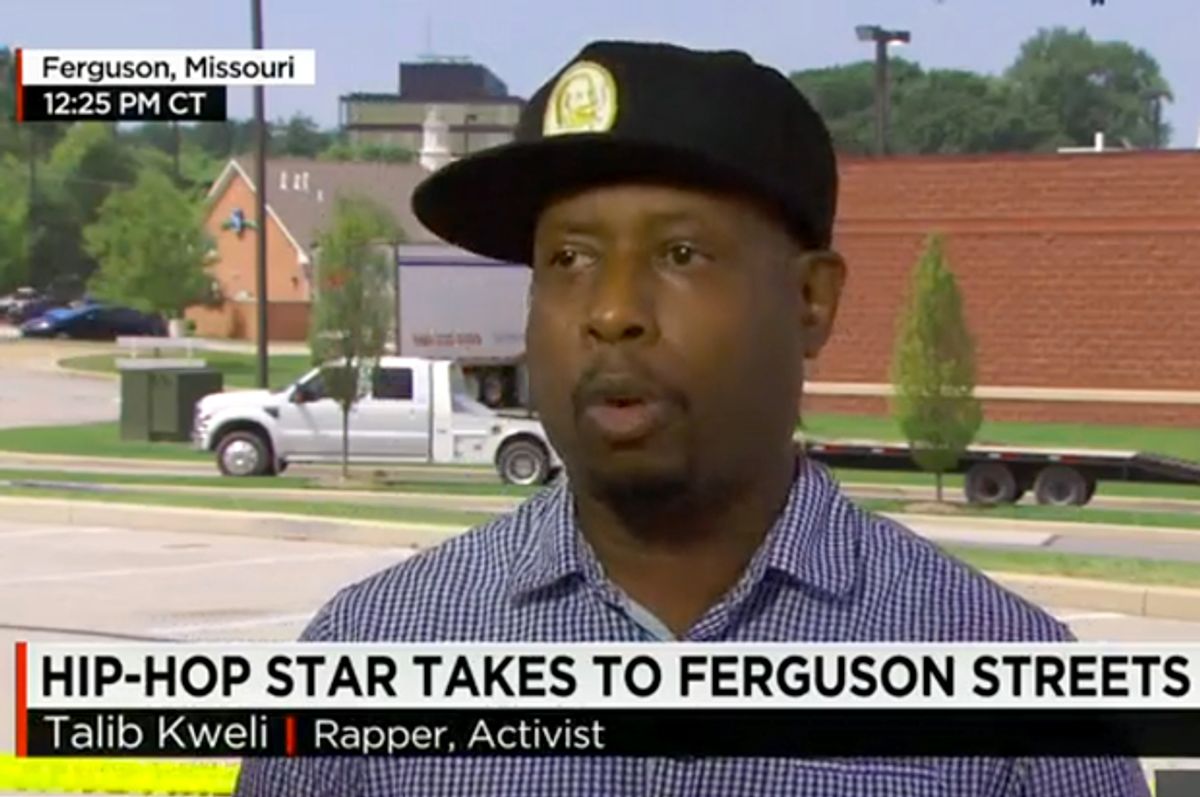 "We live in a world that's run by white supremacy and that's the narrative and the language ... that has taken over," Talib Kweli told CNN's Don Lemon during a heated interview from Ferguson, Missouri, referencing what he perceived to be media bias.

The rapper and activist's words evidently didn't sit well with Lemon, who tried to defend his network's around-the-clock coverage of Ferguson since Michael Brown was killed in Ferguson on Aug. 9. Lemon immediately attempted to refute Kweli's claim, cutting him off mid-sentence.

"Well, I disagree with that, especially with our coverage," Lemon replied. "I think we have been doing really great coverage. People in the community are actually coming up commending us on our coverage, saying that it’s balanced ... I don't think the entire media has been bad."

Kweli, who had flown to Missouri to support the "people on the ground," immediately countered Lemon's point, noting an article currently displayed on CNN’s website characterizing the protests as “calm until the bottles fly.”

“That’s not what happened," said Kweli, who then tried to articulate specific parts of the article he felt were inaccurate. Lemon interrupted the rapper once again -- in fact several more times -- before Kweli walked away from the camera, stating, "We don't have to have an interview if you're not going to let me talk."

Here is the whole exchange as seen on CNN: