According to NASA, "we are not supposed to be seeing this at all" 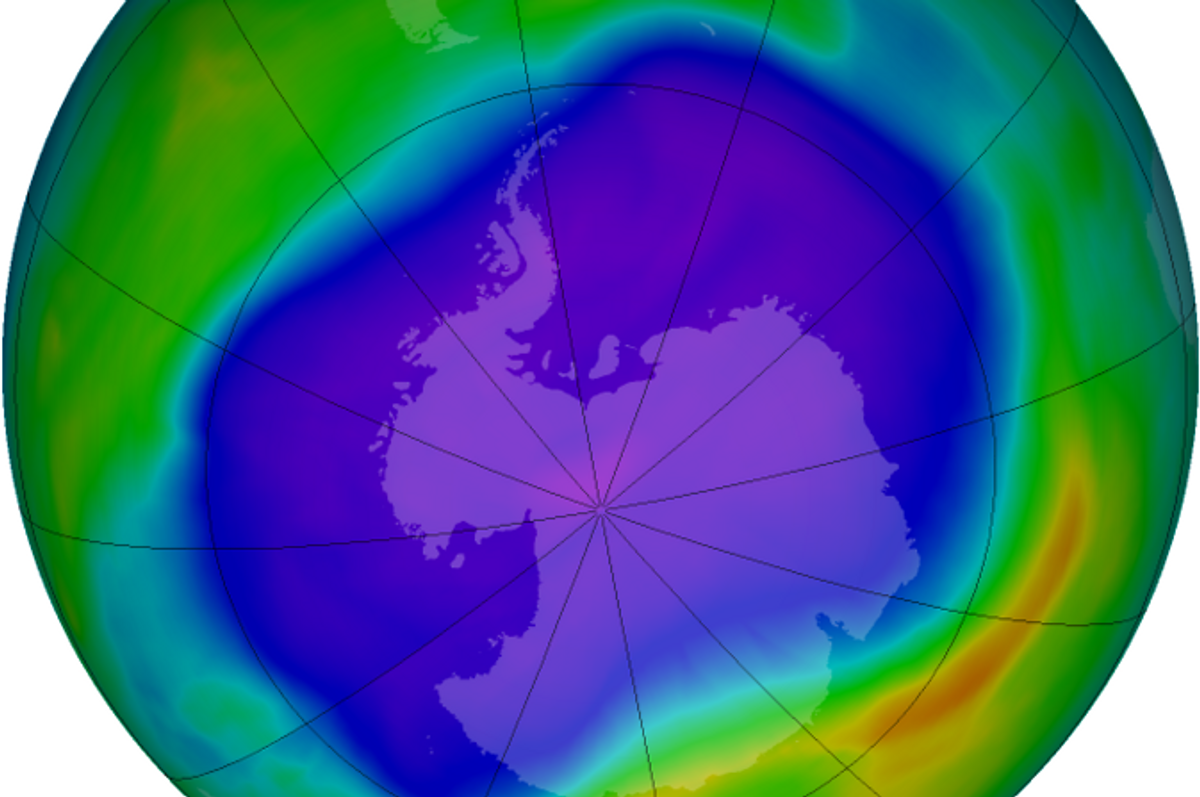 We haven't seen the last of carbon tetrachloride, an ozone-depleting compound banned over two decades ago, NASA scientists say. According to new research, it seems CCl4 still persists in the atmosphere -- in much greater amounts than anyone was expecting.

As a reminder, for those of who grew up in the post-CCl4 era, the compound, once commonly used in fire extinguishers, dry cleaning and as a pesticide, was banned -- worldwide -- in 1987, after scientists realized that it, along with chlorofluorocarbons (CFCs), was responsible for the general depletion of the ozone layer, along with the giant hole over Antarctica. Everyone agreed this was a good idea, and everyone who signed the Montreal Protocol reported that they'd contributed zero new CCl4 emissions from 2007-2012.

What should be happening, as a result of all that, is for CCl4 levels in the atmosphere to be decreasing at a rate of about 4 percent per year. What's actually happening, NASA scientists report, is that said rate is only about 1 percent, and global CCl4 emissions are still at 30 percent of their pre-Montreal peak.

"We are not supposed to be seeing this at all," Qing Liang, an atmospheric scientist at NASA's Goddard Space Flight Center in Greenbelt, Maryland, explained in a statement. "It is now apparent there are either unidentified industrial leakages, large emissions from contaminated sites, or unknown CCl4 sources."

In other words, unless the scientists are seriously misunderstanding something about how CCl4 works, about 39 kilotons of it are apparently still being emitted each year, and we have no idea where they're coming from. The compound isn't the heaviest hitter: it only accounted for 11 percent of the ozone-depleting chlorine still in the atmosphere last time scientists checked, in 2008. But it's also a carcinogen, and pretty assuredly not something we want in the environment. Oh, and NASA's models also show that it stays in the atmosphere 40 percent longer than previously believed. If there is, as the scientists think might be the case, still a major source of CCl4 out there, it'd probably be a good idea to find it.