“We just want a moment of silence that whole day," he told a St. Louis radio station 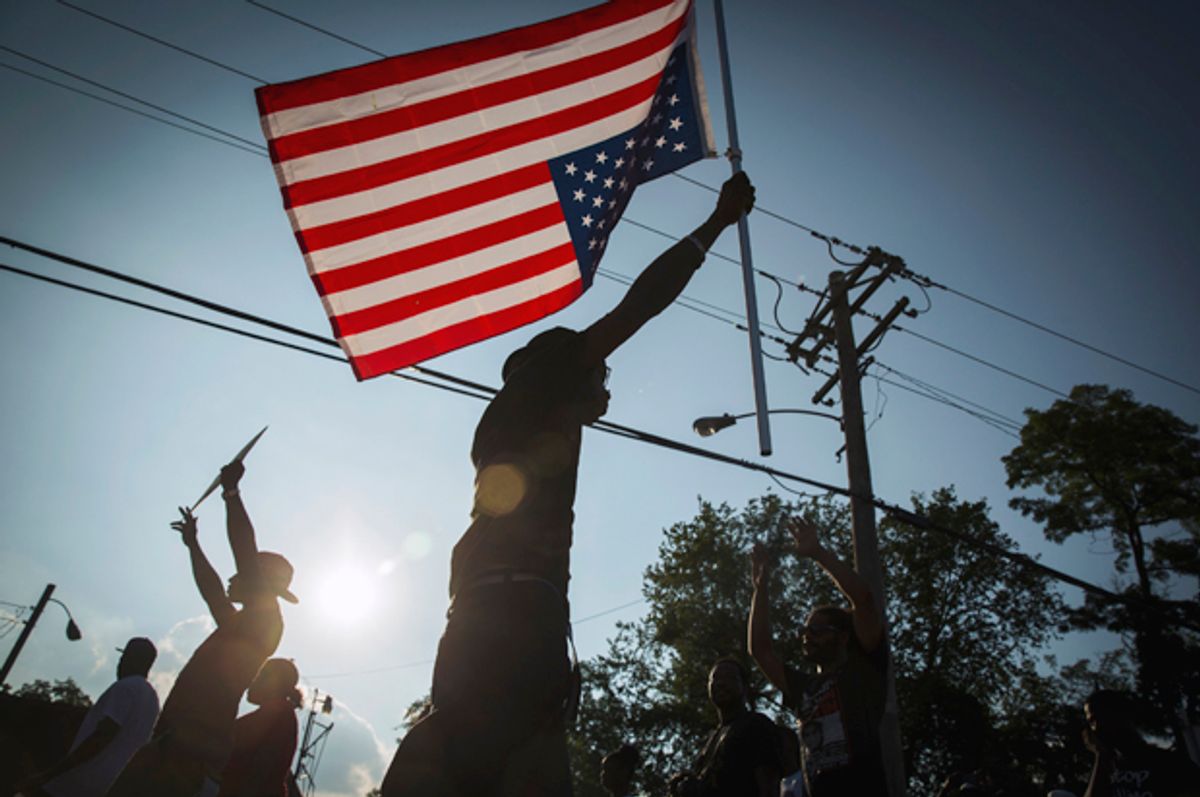 Demonstrators march down West Florissant with a U.S. flag during a peaceful march in Ferguson, Missouri August 18, 2014. (Reuters/Lucas Jackson)
--

On Monday morning, thousands of people are expected to gather at St. Louis's Friendly Temple Missionary Baptist Church for the funeral of Michael Brown, the black unarmed teen who was shot to death by Ferguson police on Aug. 9. But the teen's father, Michael Brown Sr., hopes that the crowd will not give way to protests, which have been on-going for the past two weeks as the community demands accountability for Brown's death.

“I would like for no protesting going on,” said Brown Sr. Sunday morning on Hot 104.1 FM, a hip-hop radio station in St. Louis. “We just want a moment of silence that whole day. Just out of respect for our son.”

The church has set up seating for 4,500 guests, which are expected to include three White House officials and Rev. Al Sharpton. Several communities across the nation have planned vigils to honor Brown over the weekend and on Monday.