Fox News host: Eric Holder "runs that DOJ like the Black Panthers would"

Watch the clip for more of the hottest new meaningless buzzword: "Race-baiting" 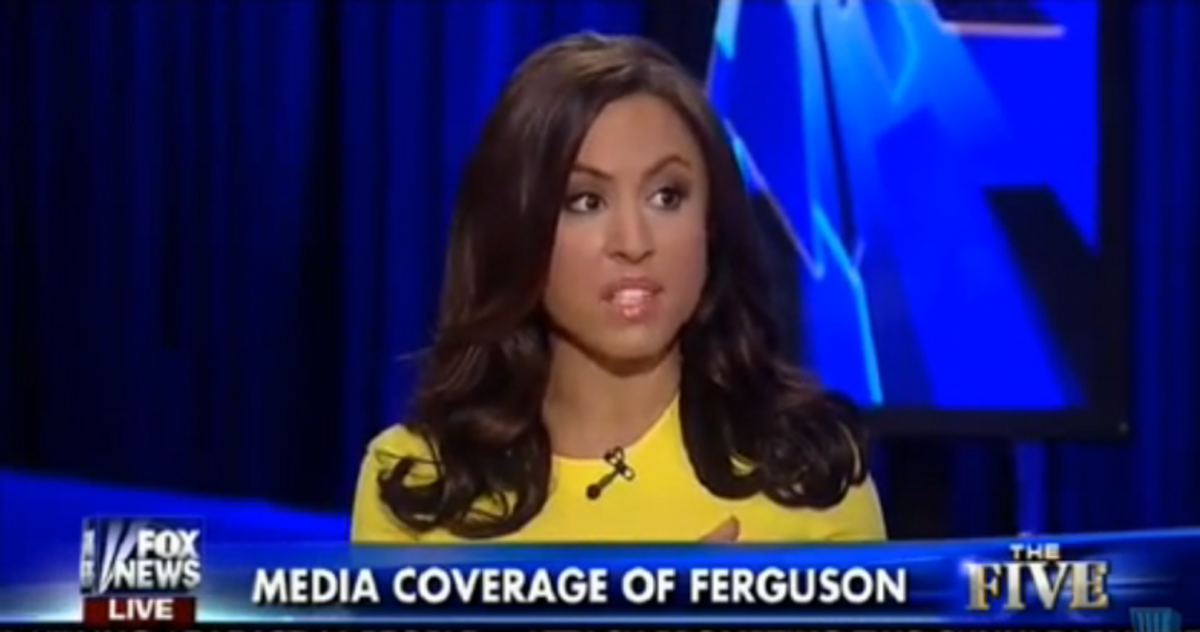 Fox News host Andrea Tantaros appeared on Friday's edition of "The Five," where the conversation turned to Michael Brown's death in Ferguson, Missouri. Tantaros is very unhappy with a lot of people.

First, she condemned the media for their coverage of Brown's death and the ensuing protests. "You sell magazines," she said, "by blowing up what is, in their minds, a white on black incident." We don't want to argue, Andrea, but isn't that technically what it was?

Tantaros then turned her attention to Attorney General Eric Holder, who has been an active participant in the federal investigation regarding Brown's death. "The DOJ is pushing this entire thing," Tantaros argued. "Eric Holder is one of the biggest race-baiters in the entire country. He runs that DOJ like the Black Panthers would."

Host Eric Bolling attempted to moderate Tantaros' statements, arguing that maybe Holder isn't a race-baiter, but instead a race activist, although we would like to note that in conservative rhetoric, there is no difference between the two.

Tantaros exploded and referenced a speech Holder made during which he referred to America as a "nation of cowards," when it comes to talking about race. “A nation of cowards?” Tantaros said. "You know, Eric, the 350,000 Americans that died in the Civil War? I think that they, uh, they’re probably not cowards.”

OK, what is with Fox News' obsession with things that happened in the 1800s? Also, how does dying in the Civil War relate to talking about race? Also, what?