Fox contributor: Michael Brown shouldn't be described as "unarmed" because he was so big 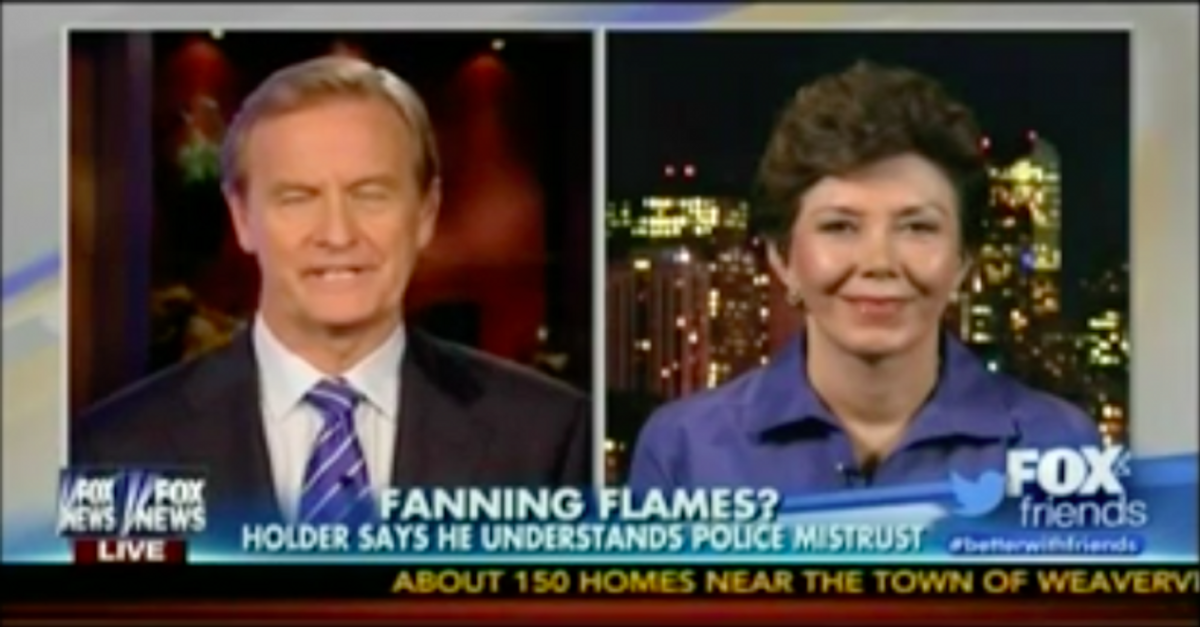 Linda Chavez, former secretary of labor nominee under George W. Bush, appeared on Monday's edition of Fox & Friends to discuss an Op-Ed she wrote for the New York Post titled "Eric the Arsonist: Holder Fans Ferguson Flames." In the Op-Ed, Chavez laments media coverage of the killing of Michael Brown, arguing that describing Brown as an "unarmed black teenager" is misleading because he is so big and aggressive.

Fox & Friends co-host Steve Doocy aired the surveillance video taken during the convenience store robbery that preceded his death and asked Chavez to elaborate on her argument.

"I think the media has not acted responsibly," she said. "I think that what is happening is really not calming racial fears but is actually enhancing them by acting as if, you know, this mantra of the unarmed black teenager shot by a white cop. You know, that description in and of itself actually colors the way in which we look at this story. We're talking about an 18-year-old man who is 6-foot-4 and weighs almost 300 pounds, who is videotaped just moments before the confrontation with a police officer strong-arming an employee and robbing a convenience store."

It ultimately doesn't matter what Chavez thinks of the "unarmed black teenager" narrative because it happens to be true.