Lighten up, Emmys: How to fix the worst awards show on TV

From a tighter "In Memoriam" section to a more engaged host, here are a few tips to inject some life into the Emmys 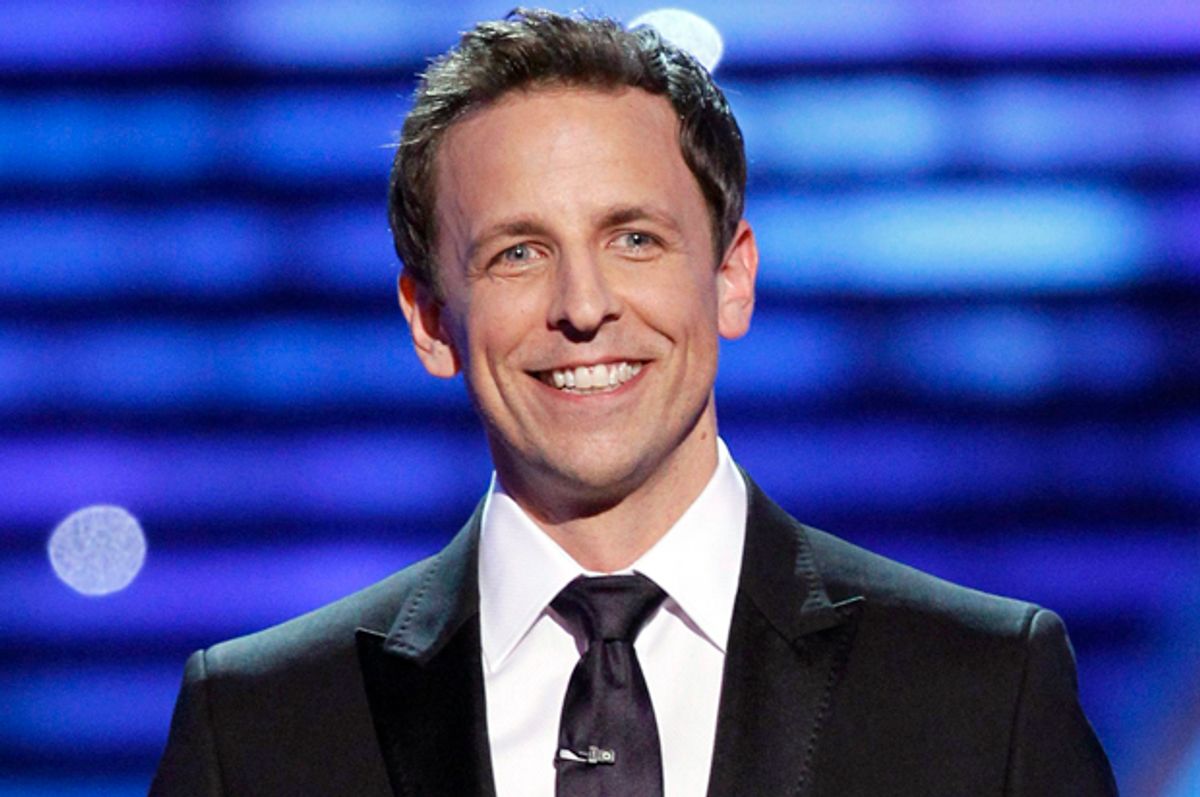 The Emmys are in dire need of a comeback.

Last year’s ceremony, on CBS, may well have been the most universally derided awards ceremony in memory, with even the winners criticizing the show from the podium. Accepting the best comedy trophy for “Modern Family,” producer Steven Levitan said, “Well, this may be the saddest Emmys of all time, but we could not be happier.”

And they really were! With tributes to deceased TV stars studded throughout the ceremony, a host who was practically absentee, and some truly bizarre choices -- including deeply sincere musical numbers about Liberace and the Beatles -- the 2013 Emmys were a master class in how not to produce an awards ceremony.

It’s a class that we can only hope NBC took. The awards, airing on the peacock network tonight, cannot go anywhere but up -- but here are a few specific things we hope to see tonight.

An engaged host: It wasn’t really Neil Patrick Harris’ fault, last year, that his involvement in the ceremony was so limited and that he seemed to disappear after a short filmed segment at the top of the show. He’d given so much of himself to hosting the Tonys early in the summer, and was in the process of filming the final season of “How I Met Your Mother.” But CBS’s comedy bench was not robust (David Letterman wouldn’t deign to do it, and Craig Ferguson’s time on the network, we’ve since learned, was to be limited).

NBC, by contrast, has a few potential hosts on its air, and seems to have chosen wisely with Seth Meyers; the “Late Night” host has his limitations, but does straightforward observational humor well. Where the Emmys have fallen short in recent years, consistently, is in deviating from the obvious fact that an awards show host needs to be funny. Ryan Seacrest hosted or co-hosted two years in a row! And both times it was deadly boring. The same was true of 2011 host, evidently nice person and non-comedian Jane Lynch. The show needs a host who’s willing and, more important, able to let a little air out of the balloon. Which brings us to the next point …

A little less gravity: It is right and good to honor stars who passed away the previous year -- among them, this year, Robin Williams. But the ceremony, last year, sank under the cumulative weight of various tributes; the show ought to, by and large, be a fun celebration of the great work happening on TV right now. That doesn’t just mean keeping the “In Memoriam” segment to its own appointed section of the show -- it also means much less talk about the history of the medium and slow musical numbers about completely random topics. Emmys viewers already know TV is important, and are watching to see their favorite stars wearing gowns and giving speeches, not a momentum-halting song only tangentially related to TV.

Tighten things up: In general, the ceremony is perpetually strangely ordered -- last year, for instance, Ellen Burstyn was accepting a best supporting actress trophy for the miniseries “Political Animals” (what? exactly) very late in the evening, when momentum ought to have been building to the top prizes. The Emmys need to burn off the miniseries categories early in the night, rather than cursing us with a laborious last hour. Furthermore, the Emmys ought to have ditched montages of “The Year in TV” years earlier -- it’s impossible to depict the breadth of what’s on TV in a clip package, and trying to do so only calls attention to all the great stuff the Emmys aren’t honoring.

Better speeches: This isn’t something the producers can really control, but we can only hope voters picked nominees able to deliver really good speeches. This has, in recent years, been one of the only things the Emmys do right; from Julia Louis-Dreyfus getting shadowed by Tony Hale to Merritt Wever’s seconds-long non-speech for “Nurse Jackie," last year’s speeches saved the show. (Early prospects for potentially great speeches -- best directing nominee Jodie Foster, best actor in a drama nominee Matthew McConaughey, and, likely, Louis-Dreyfus again.) An Emmy is a lovely thing to have, but the best winners know that the ceremony -- with its litany of strange past omissions and its impossible mission of honoring the best of a sprawling medium -- isn’t that serious. Maybe this year the Emmy organizers will catch up.