Sample question: “Who is hosting this year’s Emmy Awards?” 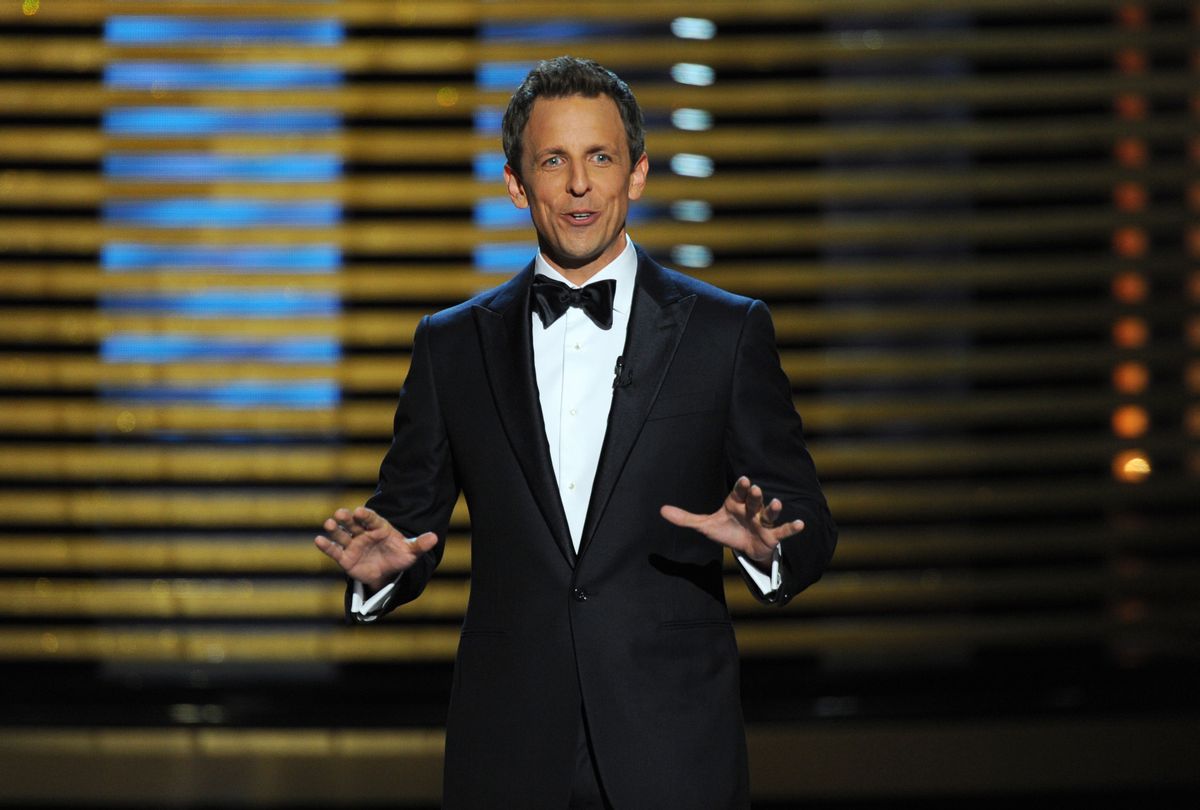 The 2014 Emmy Awards are barely two thirds over, but it's likely we've already seen the funniest bit of the night in a special Emmy edition of "Billy on the Street." Emmy host Seth Meyers and comedian Billy Eichner asked a bunch of New Yorkers about the Emmys, including "Who is hosting this year's Emmy Awards?" Predictably, city dwellers did not seem to care all that much about the Hollywood lovefest: