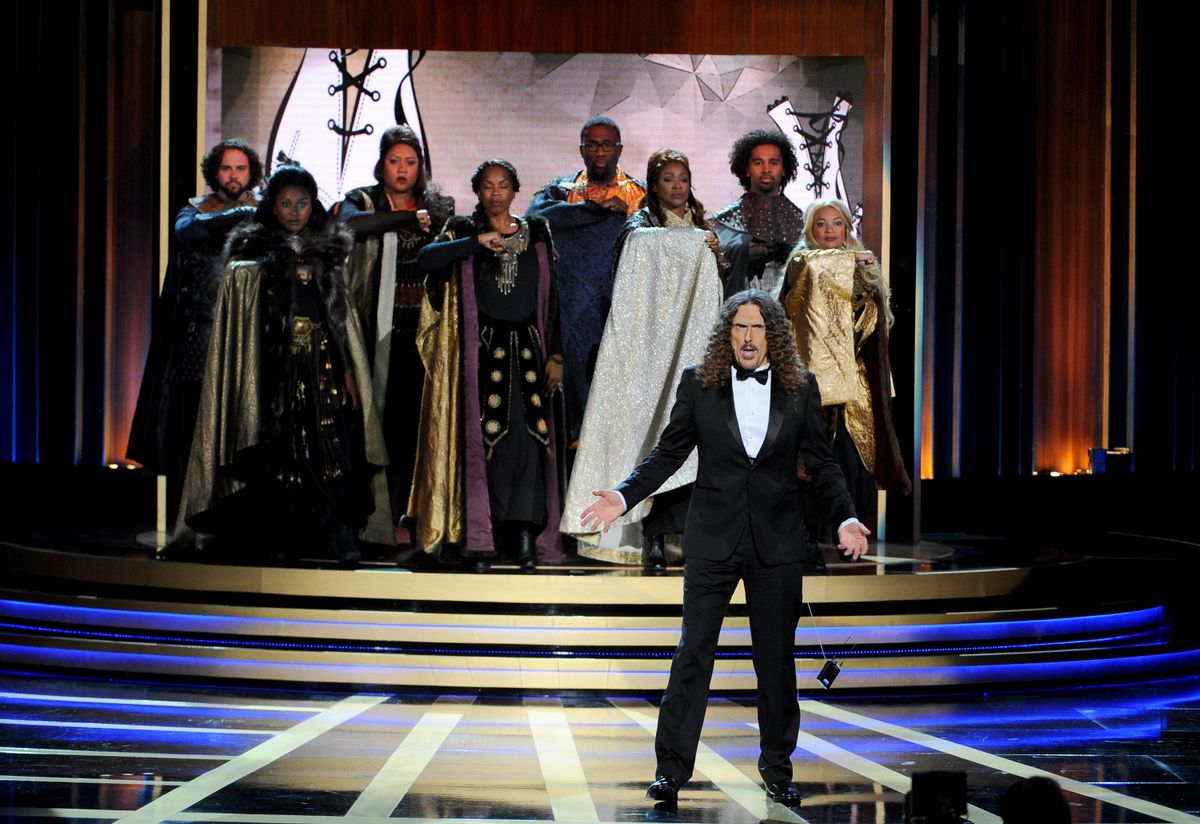 It was rumored that Weird Al might perform his hit parodies during the MTV VMAs, but instead the comedian turned up at the 2014 Emmy Awards with a medley of theme songs parodies. Appearing on stage with "SNL" alumn Andy Samberg, Yankovic poked fun at Emmy nominated series like "Mad Men," "Homeland," "Game of Thrones" and "Modern Family."

To HBO's "Game of Thrones, he sang, "Don't get too attached to a certain guy/(have a backup)/he might drink some poison wine/(that's a spoiler!)"