Michael Che to Jon Stewart: "I gotta find a place where they don't kill so many black people" 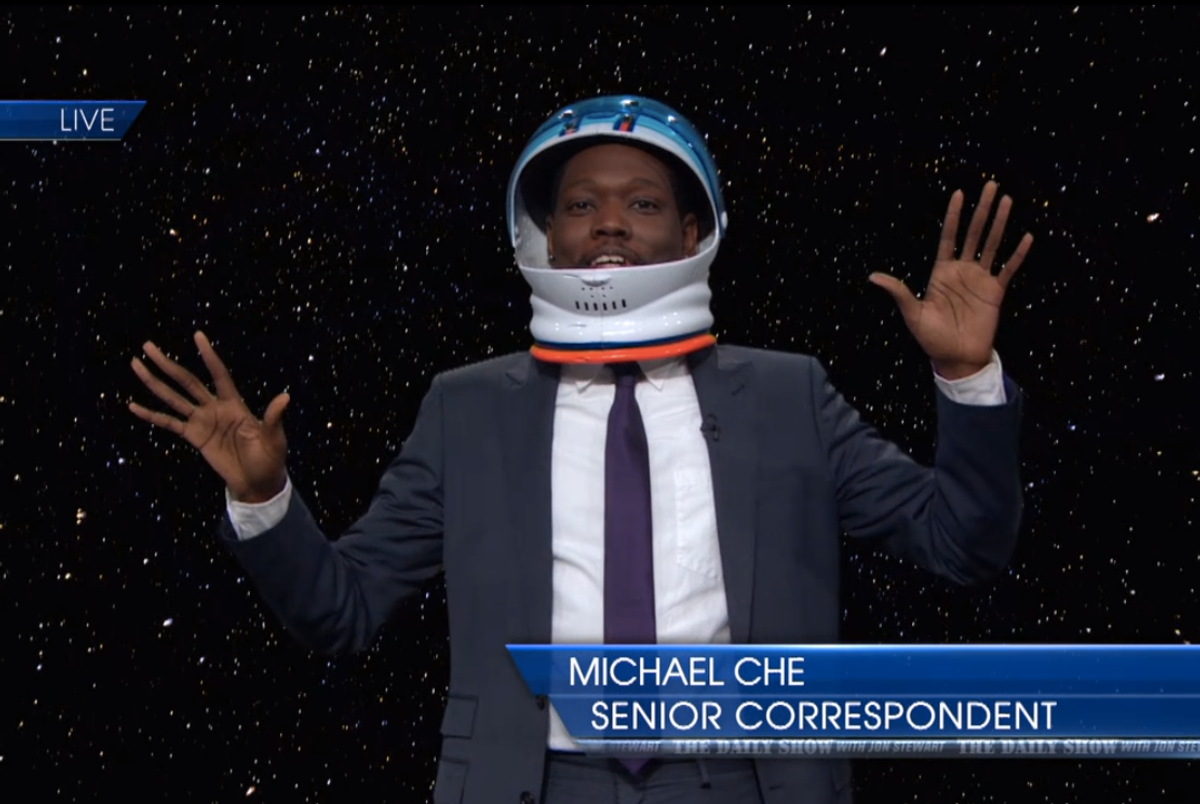 Last night "The Daily Show" -- back after a two-week hiatus -- tackled the ongoing events in Ferguson, Missouri, following the killing of unarmed black teenager Michael Brown by a white police officer.

After Stewart delivered a long and uncharacteristically somber monologue about race in America -- telling a story of racial profiling that happened while taping an episode -- he turned to senior correspondent Michael Che to see what was happening on the ground in Ferguson.

However, Che wasn't in Ferguson.

"There are too many white cops with itchy trigger fingers in Ferguson," Che explains. "I'm staying right here in St. Louis where it's safe."

Stewart then breaks it to Che that a mentally ill black man was shot by St. Louis police just days after Michael Brown was shot.

The senior correspondent finally leaves Earth altogether. "Nowhere is safer for a black man than the infinite blackness of outer space."

Or so Che thought; watch below: