They really get to the big questions of life, man 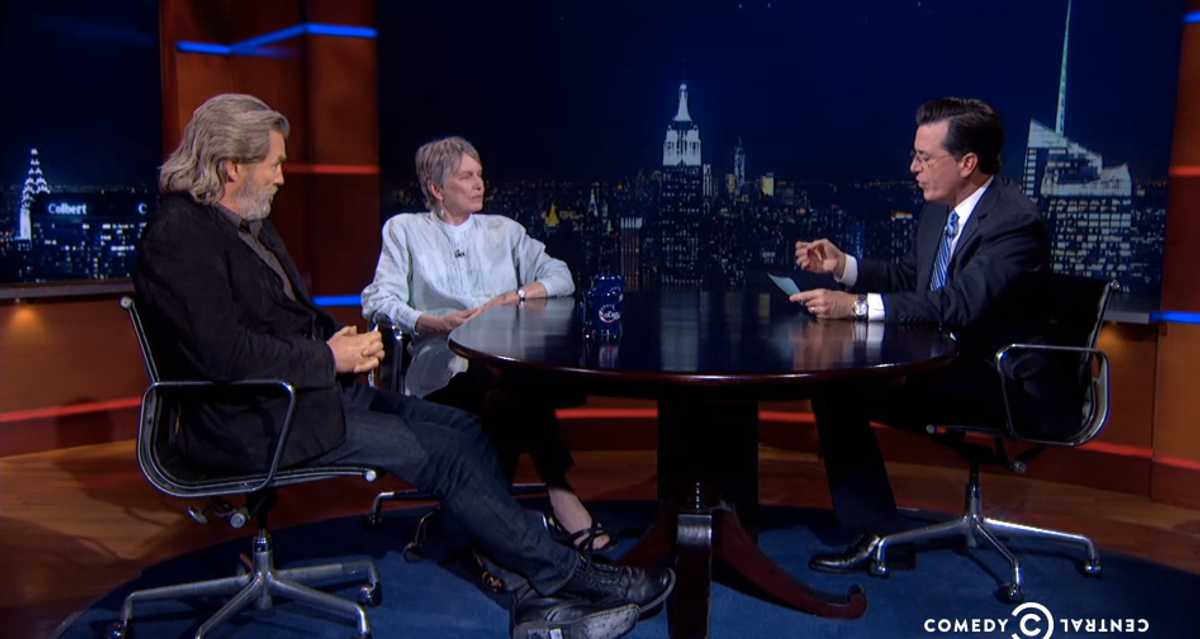 Stephen Colbert, the character, attempted to wrap his head around the concept of a dystopia in a time-warping edition of "The Colbert Report" that taped two weeks ago but aired on Tuesday. First, "The Giver" writer Lois Lowry explained the book, the basis for Bridges' film adaptation. "It's about an old guy, played by Jeff Bridges, who has an enormous job transmitting to a young boy," she said, "all the memories of our culture for the history of the world."

Colbert had a bunch of questions: Is that bad? What are the pros of forgetting? If I can't remember, I can't suffer, right?

And "The Giver" could become a victim of its own ideology, he wondered: "It's a little anti-authoritarian ... I think you should have a problem with it too, because since this book is assigned, shouldn't kids rebel against authority and refuse to read it because their teachers told them to?" Colbert asked.

"There is that," Lowry conceded. So if Lois Lowry travels back in time to unwrite "The Giver," blame Stephen Colbert.