"Would you criminalize fornication?" Desperate new argument against same-sex marriage laughed out of court

Straight people get drunk and pregnant! Gay people don't, so they don't need marriage! That was the real argument 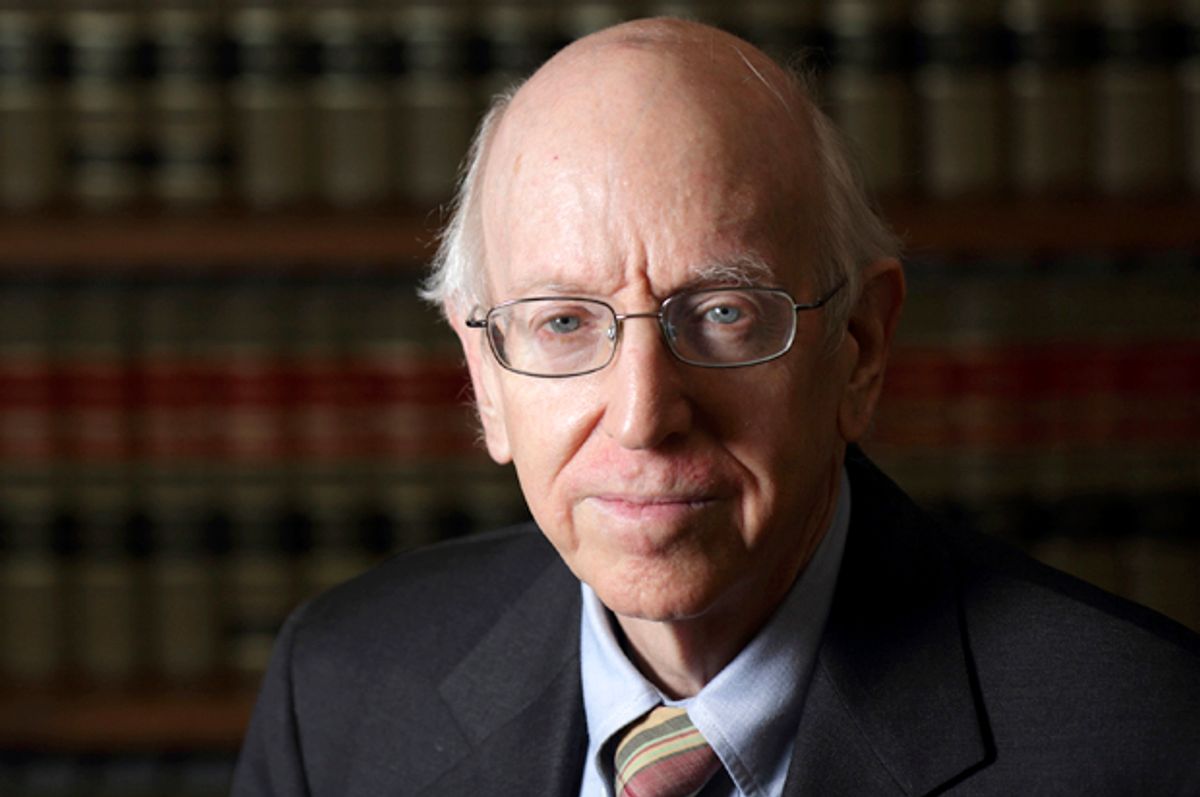 One of the most fascinating things about the same-sex marriage battle has been the evolution of the arguments against gay unions. Not long ago, gays and lesbians were not only considered unsuitable parents; they were an active danger to children, child molesters and abusers. Kids raised by same-sex couples were said to fare worse than those raised by heterosexual couples.

No such arguments were made in Chicago on Tuesday, where lawyers for Wisconsin and Indiana did their best to defend their states’ bans on same-sex marriage before a three-judge panel of the 7th Circuit Court of Appeals. Their line of attack against gay marriage was quite the opposite: Gay parents are too responsible to need marriage.

That’s right — lawyers for Indiana and Wisconsin claimed that because a “fleeting moment of passion” can produce offspring, straight people need marriage as an incentive to stay together and raise their “unintended children.” Gay people, on the other hand, have to think and plan a lot harder if they want to be parents, so marriage doesn’t concern them. In other words, because an ill-considered, alcohol-fueled romp between two straight people can lead to a baby, gays shouldn’t be able to marry.

Judge Richard Posner, a Reagan appointee, could only respond with sarcasm. "Would you criminalize fornication?" he said. "It sounds like a way of dealing with this unintended child problem."

The absurdity of Indiana and Wisconsin’s justifications for banning gay unions — which are really something if you listen to the audio — highlights the central problem for opponents of same-sex marriage: As traditional justifications for anti-gay discrimination have lost legal ground, defending gay-marriage bans increasingly requires logical acrobatics.

The case against same-sex marriage made a lot more sense when lawyers could rely on prejudiced assumptions about gay people. Quite simply, banning gay marriage would be perfectly reasonable if having gay parents were indeed harmful to children, if homosexuality were a psychological disorder, and if the law considered gay sex to be an immoral act worthy of sanction by the state. It’s taken the courts a long time to catch up with scholarly research on gay couples — the American Psychiatric Association declassified homosexuality as a mental illness in 1973, but it has only been recently that courts have stopped considering gays to be psychologically damaged. But now that it has, opponents of same-sex marriage have been left with very little material to work with.

As conservative Supreme Court Justice Antonin Scalia noted in his dissent in Lawrence v. Texas — the 2003 ruling that overturned sodomy bans nationwide — if moral disapproval of gay people and gay sex could not be codified into law, “What justification could there possibly be for denying the benefits of marriage to homosexual couples?”

Besides the argument that gays are too responsible to need marriage, lawyers defending these bans also like to argue that such laws are not discriminatory because straight people can’t marry someone of the same sex, either — the law applies to everyone equally. The state of Indiana also argued that these bans have nothing to do with sexual orientation because they don’t mention being straight or gay; they merely restrict marriage to men and women.

These arguments are cute, but anyone with half a brain can see that they’re nothing more than logical gimmicks. By definition, restricting marriage to “one man, one woman” is restricting it to straight couples, and everyone knows the intention behind these laws is to stop gay marriage.

Nowadays, courts smack down bans on gay marriage so often — in just the last year, there’s been more than 30 — it’s come to feel mundane; marriage equality nationwide is considered, for all intents and purposes, a fait accompli. But for those of us in the gay-rights movement who’ve been following this stuff for a long time, it’s hard to listen to court proceedings like those at the 7th Circuit without thinking, “Holy crap, when did this turn into a gay pride rally?”

Far from presenting gay people as a threat to kids, the questions from the bench Tuesday focused on the harm done to the children of gay couples who are not allowed to marry.

Judge Posner presented two contrasting scenarios. In one, a child comes home to ask her legally married, same-sex parents why other kids’ families include a mother and father. The parents could respond, the judge suggested, that the law also allows people of the same sex to marry, and that these unions are equal. “Contrast that with the same situation, but the parents have to say, ‘Well, we’re your parents, but we’re not allowed to be married,’” Posner said. “Which do you think is better for the psychological welfare of this child?”

At one point, Judge Posner asked Indiana Solicitor General Thomas Fischer whether he had read a friend-of-the-court brief filed by the Family Equality Council detailing the harm done to kids raised by gay couples who are not allowed to marry. "It has a great deal of rather harrowing information about ... how they feel when they grow up, how what happens when one of their parents dies."

For us gay folk, it’s still quite something that the judge here is talking about anti-gay discrimination and not gay people themselves.