The dark side of Snapchat: How the image-sharing app brought out the worst in humanity

As a raft of Snapchat-related scandals have proved, you clearly can't just make your bad behavior disappear forever 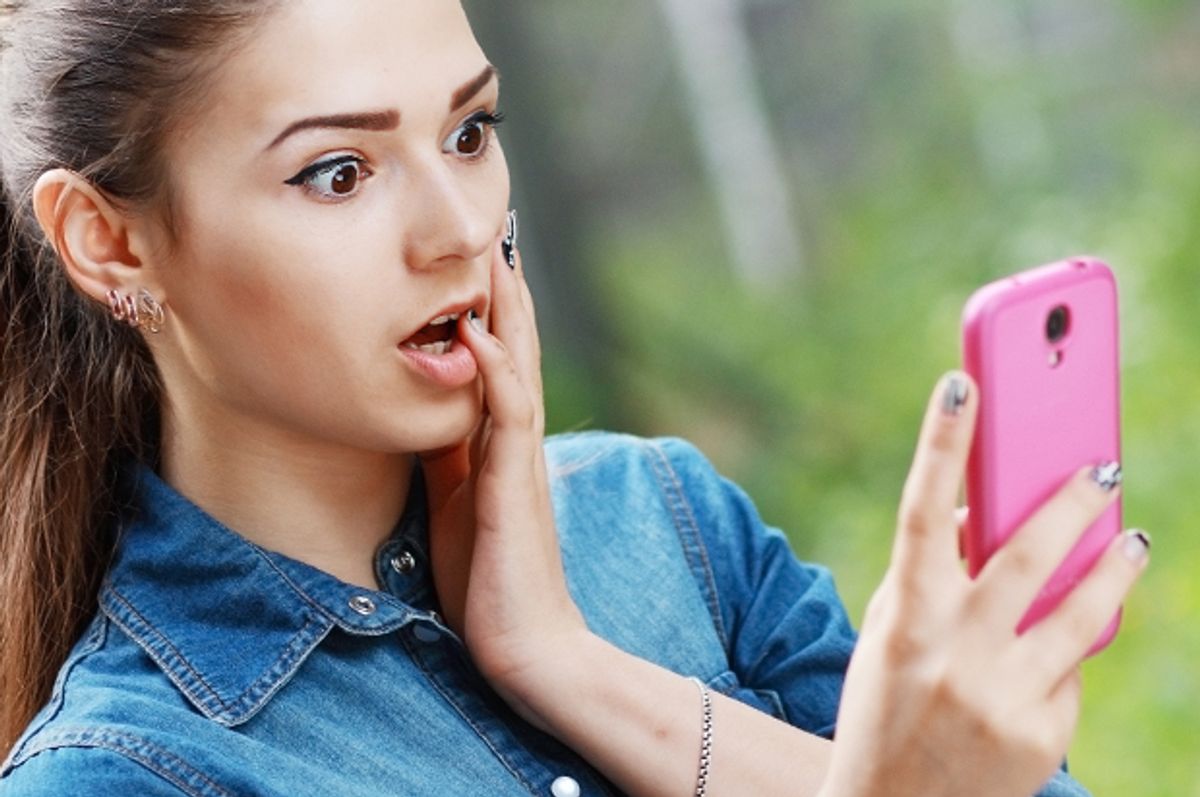 When Snapchat launched three years ago, its destiny seemed clear-cut. The ephemeral nature of the image-sharing app -- send an image, then watch it go poof! in 10 seconds or fewer -- indicated that its main reason for being was as yet another advancement in the realm of boner pic dissemination. And God knows, it's fulfilled its mission on that front. But along the way it's become so much more. It's become the greatest lie the online community ever told itself.

Internet culture thrives on its gotcha element. You can delete that regrettable tweet you sent out about a tragedy, claim that bulge shot was the work of a hacker, or reconsider whether you really ought to have told someone to go kill herself, but it's generally understood that your actions will live forever via screenshots and archives. You screw up online, you can assume you may never, ever live it down. Snapchat co-founder and chief executive Evan Spiegel is certainly no stranger to that phenomenon himself, as his trail of observations about "sororisluts" and "fat chicks" will attest. You really thought this guy's product was going to change that?

The illusion shattered almost from the beginning. Back in 2012, BuzzFeed revealed directions for saving Snapchat videos – along with a comment from Snapchat's Evan Spiegel that "There will always be ways to reverse engineer technology products — but that spoils the fun!" And in a story for Forbes last year, writer Kashmir Hill further uncovered how inaccurate Snapchat's tantalizing image of transience really is, and how easy it can be to pull supposedly deleted images from it. There are now a bazillion tutorials out there on how to take a screenshot of a Snap without the sender even knowing. Last spring, Snapchat settled with the FTC over charges it had "made multiple misrepresentations to consumers about its product that stood in stark contrast to how the app actually worked." At the time, the company announced it would "continue to invest heavily in security and countermeasures to prevent abuse."

And then earlier this month, the "nothing ever really disappears" reality came home when a University of Alabama student's Snap of three females with the message "Chi O got NO n*ggas!!!!!" went viral – and got her booted from her sorority. What was going through that young woman's head when she sent that message? Probably damn close to nothing. But the fact that she sent it out via Snapchat certainly implies a sense of invulnerability, a belief that she could express her sentiment and then have it vanish like a wisp of smoke. Behind that act there's an implied arrogance that's even more profound that your typical "just kidding" backwalk on offensive behavior. It's pure self-absolution. That girl likely thought what she said wouldn't haunt her. It wouldn't hurt her. She could be a racist jerk and then just move on. But she was wrong. It takes remarkably little effort to uncover a whole wide world of alleged Snapchat grabs, many of which are unflattering.

The Internet is our permanent record, the place where so many of our sins live on. And no, it's not exactly fair that a thoughtless tweet or a drunken selfie can live on indefinitely, even after the sender has atoned for it. But it's also deluded to think that Snapchat would ever function as a get out of accountability free card. You want to be a bigot or a bully? Go ahead, but don't be surprised if it's not as easy to wash your hands of your actions as you'd hoped.