“I can’t get the voice out of my head": Dramatic revelations in skinhead murder trial

16 years after the bloodshed, a woman testifies against her neo-Nazi brother, who she says masterminded an ambush 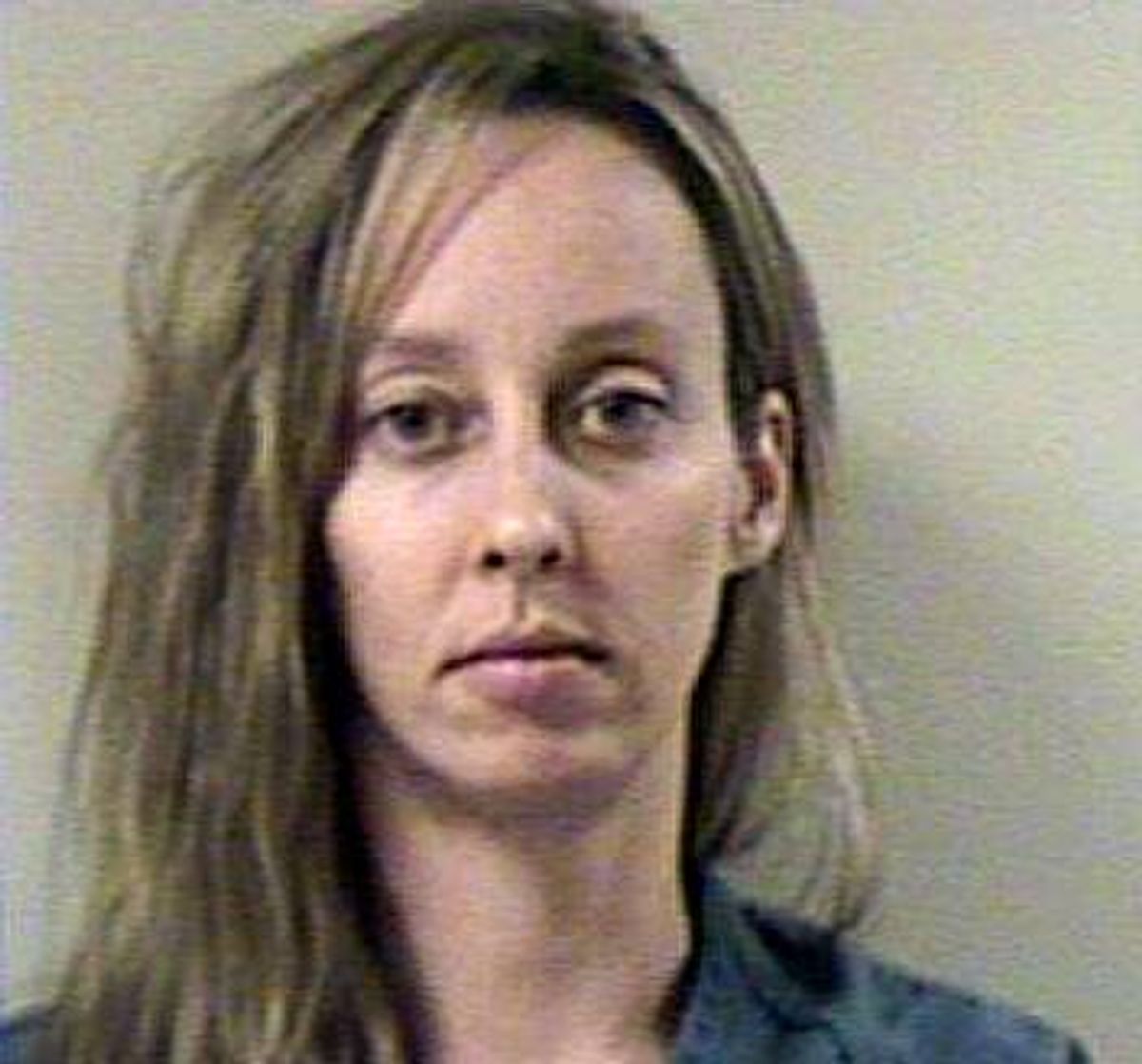 The tragedy of racial hatred was on full display in a federal courtroom here Monday as the prosecution rested its case against a pair of alleged neo-Nazis. They are accused of the ambush murders of two anti-racist skinheads 16 years ago in the desert on the outskirts of the city.

Melissa Hack, herself a neo-Nazi at the time of the killings, testified against her brother, Ross, the alleged mastermind of the ambush, as their mother and other relatives looked on from the back of the courtroom.

“My family is very upset with me,” Melissa Hack, a defendant in the case before she pleaded guilty last May and agreed to testify, told the court in a voice that went from whisper to wail during her more than two hours on the stand. “They don’t believe me because they think the FBI is trying to frame my entire family.”

The truth, she said, is that she knowingly lured the anti-racists – “our enemies” – to their deaths on a remote patch of sand and dirt where Ross Hack, his co-defendant Leland Jones, 33, and two other white supremacists shot to death Lin “Spit” Newborn, 24, and Daniel Shersty, 20, in the late-night desert darkness of July 3, 1998.

“Ross, why,” Melissa Hack, 39, shouted from the witness stand Monday across the courtroom at her 42-year-old brother, gently rocking in his chair at the defense table. “Our lives are ruined. My mother’s life is ruined. The victims’ lives are ruined.

Jones and the Hacks were arrested and charged by federal authorities in 2012, 14 years after the murders.

Until now, Melissa Hack’s former boyfriend, John Butler, 43, a meth addict and neo-Nazi, was the only person tried in the slayings. He was arrested about 10 days after the killings. He was eventually convicted and was brought to court last week from prison, where he has been since 2001, serving two life sentences. He testified that Jones and Ross Hack, armed with pistols, fired the first shots.

The trial began in dramatic fashion on Aug. 20 with Ross Hack’s former live-in girlfriend, Mandie Abels, 36, testifying that she helped Melissa Hack lure the men into the desert, promising them a night of partying. Both women said that the ambush was Ross Hack’s idea, a way for white power skinheads to strike a blow against their bitter enemies, the SHARPs, for Skinheads Against Racial Prejudice, a loosely organized movement to which Newborn, who was black, and Shersty, who was white, claimed allegiance.

For decades, racist and anti-racist skinheads have battled in the streets, often violently, though rarely has it come to a double murder like the Shersty-Newborn slaying. Anti-racist skins argue correctly that the skinhead movement was not initially about race, and they blame their racist counterparts, labeled pejoratively as “boneheads,” for hijacking their pro-working class movement.

Another reason Newborn was marked for death, Melissa Hack testified Monday, was that her brother believed Newborn was sleeping with the girlfriend of a fellow white supremacist, Daniel Hartung.

Shersty was shot multiple times on a dirt road lined with giant power line poles about 20 miles northwest of Las Vegas because he happened to be with Newborn the night Melissa Hack and Abels invited them to “party.”

Prosecutors say Hartung helped kill the two anti-racists that night, springing out of the darkness with an assault rifle. But he was never charged in the case because he died in a car crash in 2012, at age 36.

After Shersty was shot, he lay on the ground, leaning against the front bumper of his car, asking for mercy.

“I can’t get the voice out of my head,” Melissa Hack said. “I kept hearing him crying, ‘God please help me.’”

Melissa Hack gave birth to a baby boy shortly before she was arrested for the murders. Her brother’s lawyer, Michael Kennedy, a federal public defender, questioned her about her motives for testifying and her admitted history of lying and meth addiction. She had previously spent four years in prison on a drug charge.

Kennedy asked if she was pointing “the finger” at Ross Hack in order to get a reduced sentence in the murder case so she could be reunited with her son, who is currently being cared for by her mother and sister. As part of her plea agreement, Melissa Hack could be sentenced to up to 20 years in prison next month.

She insisted she was now telling the truth and is so ashamed about her role that she feels “like a piece of shit.”

“I committed a fucking murder because my brother asked me to,” she said, wiping away tears and later apologizing to the judge for “cussing.”

Melissa Hack said her father was a pharmacist and her mother stayed home to care for the four Hack children, three of whom, she said, became white-power skinheads. Melissa Hack said it was her brother Ross who introduced her to that world when she was a 12-year-old 7th grader and he was in high school. “My brother had a lot of Hitler videos,” she said, adding that they used to watch them together.

She also helped him distribute at a local high school fliers depicting “black people with nooses.”

While she struggled in school, she said her brother was an excellent student. He was much admired among racist skinheads as well. He had a car. He worked out. He was older. At the time of the murders, Ross Hack was 27. Jones was 17.

“I felt like no one would hurt me or treat me bad,” Melissa Hack said. “I had my brother. I felt safe.”

During her time on the stand, Melissa Hack repeatedly said how traumatized she had been by the killings. But she said she only saw Shersty – “the white guy” – gunned down. She said she did not see Newborn run for his life across the desert before he was killed.

But Butler, her former boyfriend, said that when Newborn briefly broke free from the trap, already wounded by a bullet to the back of the head fired by Ross Hack, Melissa Hack began screaming, “Shoot the nigger. Shoot the nigger.”

There was so much shooting, Butler said, that he was momentarily blinded by the muzzle flashes as he started to chase after the fleeing Newborn, shooting at him with a 12-gauge shotgun.

“I saw him fall,” Butler said.

Although Butler was the only person tried in the case until now, local and federal authorities – as well as the friends of Newborn and Shersty – always suspected there were several others involved. Ross Hack, a drummer in a racist skinhead band, had been a longtime suspect. Weeks after the killings, he and his girlfriend Abels fled to Germany as homicide detectives circled around them. Hack’s lawyer said the trip had been planned prior to the ambush and had nothing to do with the investigation.

Abels returned to the United States in about six weeks. Hack remained in Europe for nearly a decade, earning a college degree, according to his lawyer. Ross Hack was arrested in 2008 for lying on his passport application right after the murders in 1998. His passport had been seized by police as they searched his home. He lied when applying for a replacement passport, saying he had no idea how he lost the original.

He was sentenced to three years in prison in 2009 and was about to be released when he was arrested and charged with the desert murders. It must have come as a shock. After Butler’s conviction in 2000, the local investigation “fell off the radar,” Patricia Sumner, a prosecutor with the Justice Department’s Civil Rights Division, told the court last week.

But the federal law enforcement agencies have much bigger radar screens, so a few years ago federal authorities picked the case up again. The murders had been committed on government land.

In 2011, Butler confessed to the FBI and Sumner. Butler agreed to testify against his racist comrades in exchange for being admitted to a witness protection prison program. The government also agreed to move his wife closer to his new, secret location and to write a letter to the parole board outlining his cooperation, but nothing more.

Then in 2012, around the time the Hacks and Jones were being arrested and charged, the government quietly reached a plea agreement with Abels, Ross Hack’s ex-girlfriend. She pleaded guilty to one count of conspiracy to murder and received a 15-sentence and also agreed to testify.

Jones’ ex-girlfriend, now a captain in the Army reserves, was the last prosecution witness. She testified that years ago Jones took her out to the murder site and later bragged to her about his involvement and how he had gotten away with it.

She said she did not go to the police about what Jones had told her because she had “always been scared of him,” adding that he once put a gun to her head and threatened to kill her and her entire family.

They broke up and she moved out of Las Vegas and tried to forget. But after learning in 2012 that Jones had been arrested and charged with the murder of Newborn and Shersty and was locked up in a federal jail awaiting trial, she said she contacted the federal authorities and told them what Jones had told her about that deadly night in the desert.

“He was just so arrogant about it,” she said.