From "Bent" to "Fancy": What the past 10 songs of the summer say about us

If aliens came to Earth and used these song lyrics to understand how we experience summer, here's what they'd learn 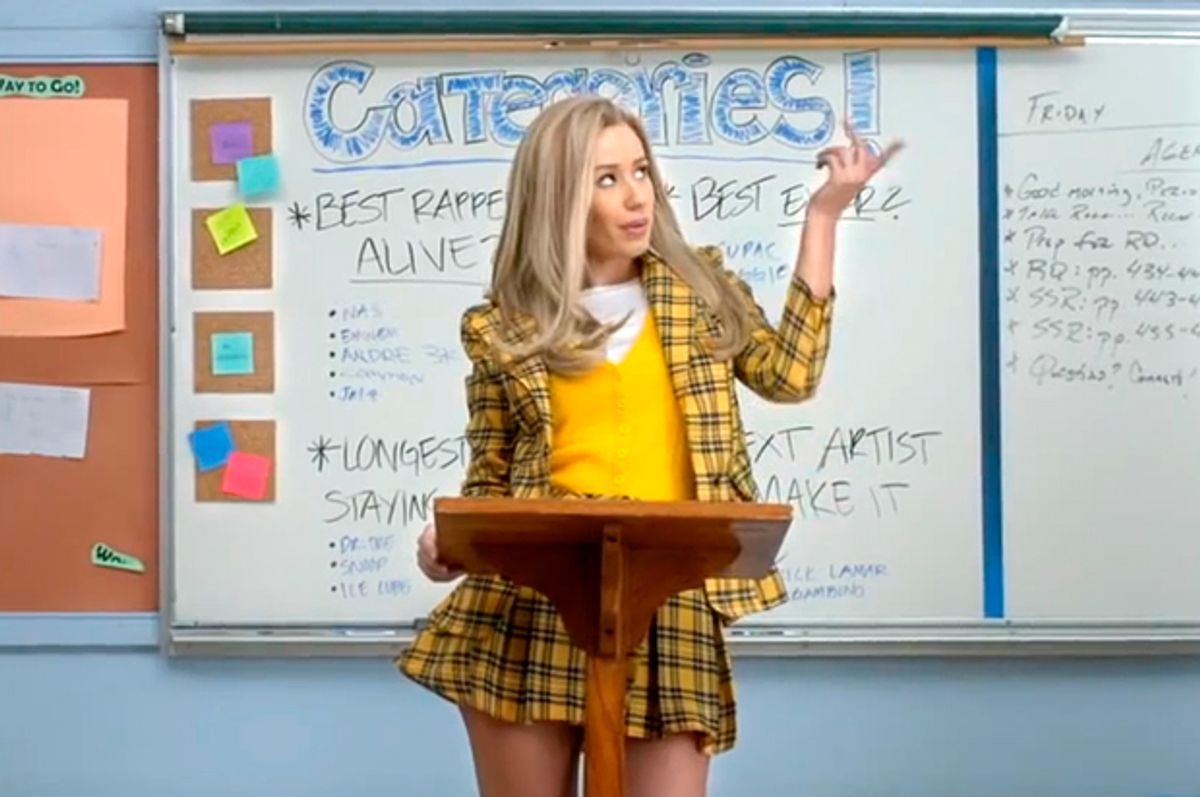 Earlier this month, Maura Johnston took to the New York Times to contemplate the stubborn persistance of the label "song of the summer," and observed how, increasingly, that honor goes not to a song that captured a moment or hit upon a greater truth, but to one of the few Top 40 hits that gains momentum over online media like Spotify or Rdio. In other words, the songs of the summer don't necessarily reflect a greater truth about us. It's generally not the lyrics that matter, it's that new, catchy hook, that beat, or just how fun it is to sing at Karaoke.

Billboard's catalog of top summer songs are all very catchy. But their subject matter, and hence, their lyrics, are diverse. In fact, if an alien came to Earth and used these song lyrics as any indication of how we experienced summer, it would be terrifying.

We begin the 2000s broken, perhaps from the Y2K scare, perhaps because Jerry Falwell predicted the apocalypse but we survived, or maybe we were all hung over from 1999. For whatever reason, in the summer of 2000, America was angsty and sad:

But man, does a lot happen in a year! By 2001, we were all feeling empowered and exuded so much self-confidence that we bordered on aggressive:

Now while you grittin your teeth
Frustration baby you gotta breathe
Take a lot more than you to get rid of me
You see I do what they can't do, I just do me

And in 2002, we all had so much positive body image that we decided to get naked. After all, summer is quite hot:

Its gettin hot in here (so hot)
So take off all your clothes
(I am gettin so hot, I wanna take my clothes off)

But things started turning serious by 2003 -- first loves and all that:

Summer love doesn't seem to last, though. Cause he cheated:

I didn't mean it when I said I didn't love you so
I should've held on tight, I never should've let you go
I didn't know nothing, I was stupid, I was foolish
I was lying to myself

Heartbroken and single, but back on the prowl by 2006!:

Promiscuous boy
You already know
That I’m all yours
What you waiting for?

Promiscuous boy
Let's get to the point
Cause we're on a roll
Are you ready?

And then we fell in love again. This time, it wasn't "crazy" love. It was real, friendship, umbrella-sharing love:

Oh just kidding. He was NOT the one. We discovered the Kinsey scale is a thing:

That phase lasted for a while -- it's fun to let go of the relationship drama and just party and crush on people and party some more:

Until last year, when the party got a little date rape-y:

We drove that creep away, though. Now we're back to being fancy. Except this time, we're bringing 1988 back:

First thing's first, I'm the realest (realest)
Drop this and let the whole world feel it (let them feel it)
And I'm still in the Murda Bizness
I could hold you down, like I'm givin' lessons in physics (right, right)
You should want a bad bitch like this (huh?)
Drop it low and pick it up just like this (yeah)
Cup of Ace, cup of Goose, cup of Cris
High heels, somethin' worth a half a ticket on my wrist (on my wrist)
Takin' all the liquor straight, never chase that (never)
Rooftop like we bringin' '88 back (what?)
Bring the hooks in, where the bass at?
Champagne spillin', you should taste that

What a life-affirming, romantic journey it's been! Wonder where we'll be next summer ...