Not all twerks are equal: Teaching my kids how to appreciate pop culture

My daughters love Taylor Swift and Nicki Minaj, but how much should I educate them about the politics of pop? 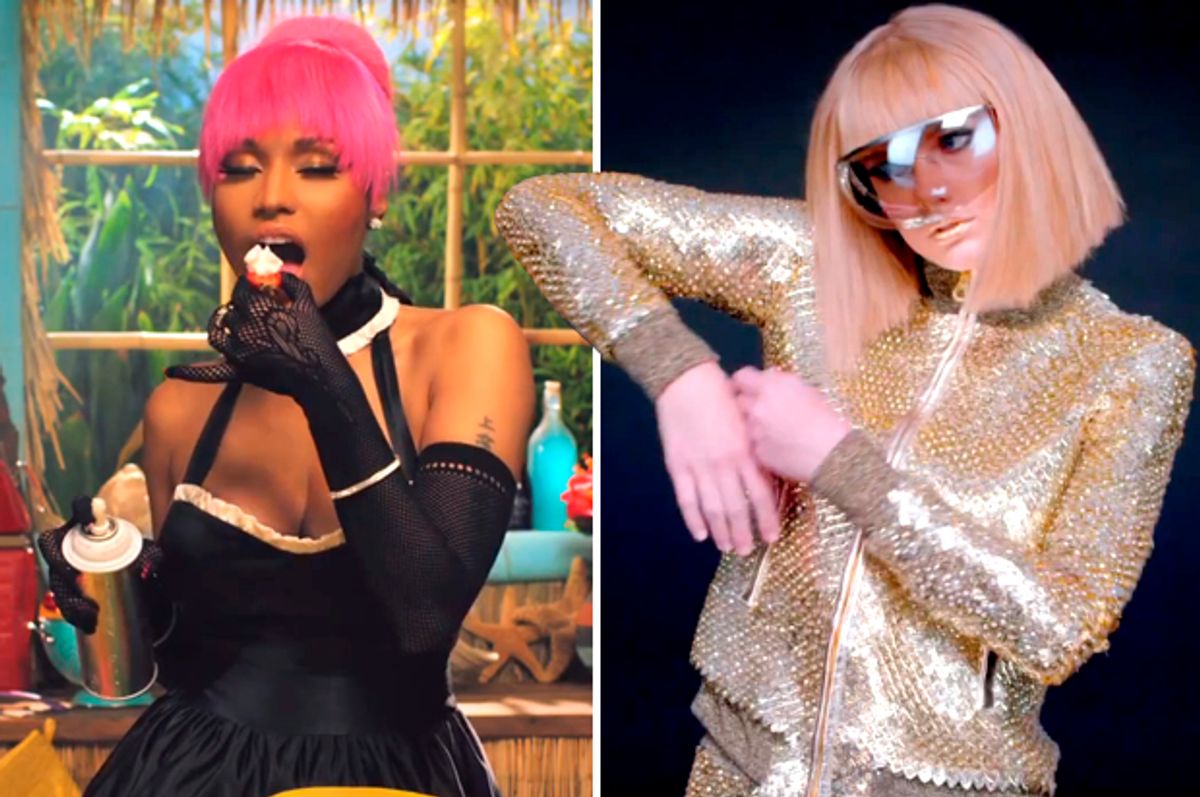 "If I like a song, I don't care who sings it," my teenage daughter says. And it's true, she doesn't seem to care – she and her 10-year-old sister have broad musical palates. They love hip-hop and show tunes, Tupac and Disney. They unapologetically enjoy Selena Gomez and share their mother's abiding affection for Nirvana. But lately I've been wondering how to talk to my kids about music, and how much who sings it does matter. Specifically: what they need to understand about Taylor Swift, Nicki Minaj and the politics of the female posterior.

When Swift released her new single and video for "Shake It Off" last week, critics were quick to debate whether the image of a twerking Taylor, resplendent in gold chains and surrounded by dark-skinned dancers, was cultural appropriation or self-mockery. Similar conversations have spun around Iggy Azalea, about the patois she affects when she performs and her reported casual description of B.o.B., Drake and T.I. as "ma n*ggas." They've ignited likewise over Katy Perry -- who recently lamented, "Can’t you appreciate a culture?" -- and  Sky Ferreira and Miley Cyrus.

Like plenty of kids, my children enjoy many artists with equal ferocity. When a counselor at their summer camp dared last week to criticize Swift's new single, "Shake It Off," my younger daughter was eager to retort, "Don't you disrespect my girl T." But when she saw the video, the idea that there might be a question of racial sensitivity didn't even occur to her. Her older sister observed, "It's about Taylor showing she knows she can't dance." And my younger one said, "She's just wearing a whole bunch of different costumes," though she did add, during the twerking, "That's a lot of booty."

And booty has meaning. My daughter is equally loyal to Nicki Minaj -- with whom she shares an obsession with wigs -- as she is to Taylor Swift. But when she hears the wildly explicit, genuinely catchy "Anaconda," which is already quickly becoming unavoidable, I know she doesn't quite get that it's a riff on the Sir Mix-a-Lot song I happily grooved to a generation earlier, an enthusiastic tribute to the "thick soul sisters" -- complete with a clear message to females of my body type that "You ain't it, Miss Thing." My children are only now starting to grasp that that message is a big part of what all this rump shaking is about, and figuring out for themselves that "appreciating a culture," as Katy Perry would say, means understanding context. That means that when Minaj is singing about her "big fat ass bitches," a) I'd prefer my kids not sing along but also b) that they understand she is celebrating the kind of women you don't see in Victoria's Secret ads. That she is commenting on race and culture and narrow standards of beauty and a lot of that has to do with butt. I want them to not be like the clueless white kids I saw earlier this summer at Kara Walker's "A Subtlety," taking goofy selfies gawking at the sphinx's breasts and buttocks. I want them, when they watch Miley or Iggy and the dancers they put behind them, to consider the implications of, as Tressie McMillan Cottom puts it, "black female bodies as a white amusement park." I want them to know that music belongs to everybody but that Swift's story in "Shake It Off" is not Jay's in "Dirt Off Your Shoulder" -- and to respect that. I want them to question it when white guys who write for the New York Times insinuate that twerking equals "trashy."

I still remember back in 1989 — the year of Taylor Swift's birth, the year she has chosen as the name of her new album – listening to a college girl as white as I am give a discourse at a party on how Public Enemy's "Don't Believe the Hype" really spoke to her, and wondering whether that was a powerful and beautiful thing or completely ridiculous. Twenty-five years later, I still don't know. I do know that when my older daughter and I were part of the massive throng at Jay Z and Beyoncé's show last month, I watched the whole racially mixed crowd – us included – go nuts when Jay did "99 Problems," well aware the problems he describes in no way apply to the likes of us.

My girls are Taylors; they are not Nickis and they never will be. When I ask my kids about their music, my elder daughter tells me, "I don't need to be all, 'Yes, every song is about me.'" That's what I hope she continues to explore and understand about her music -- that it opens you up to another person's vision of the world, but that it doesn't mean you are that other person. And it definitely doesn't mean you're it, Miss Thing.