Tim Heidecker of comedy duo "Tim and Eric" brought along Eric, who didn't know they had a "Tonight Show" appearance 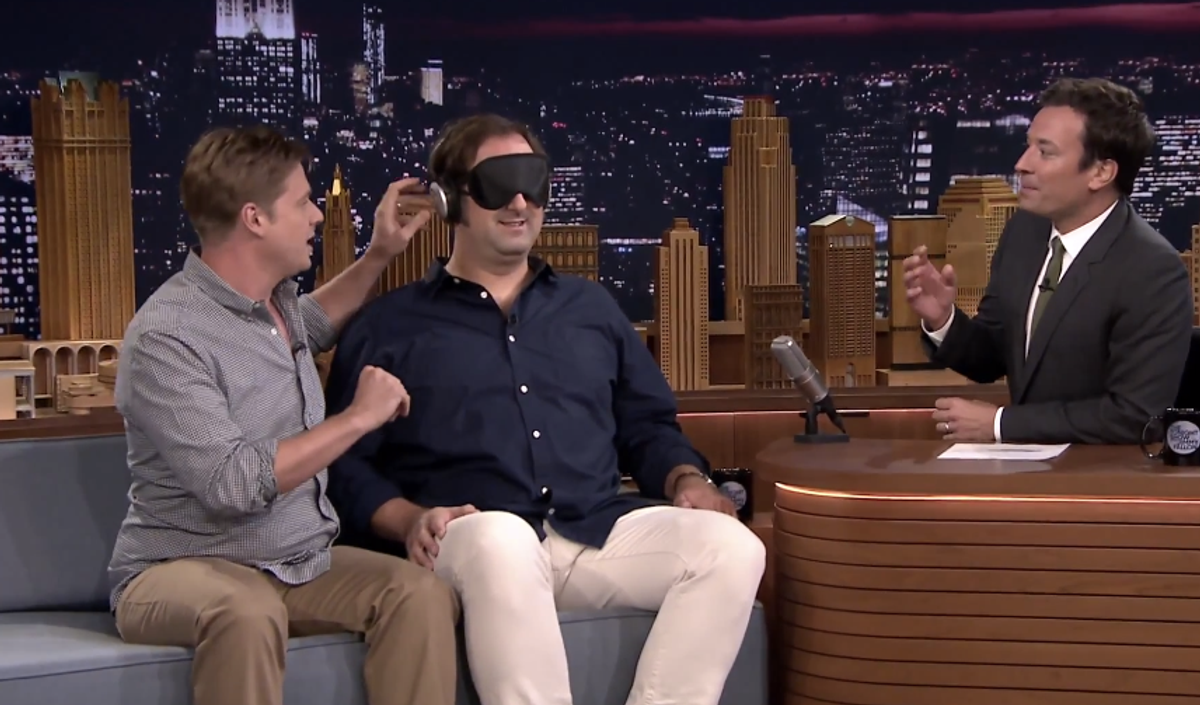 It seems incredibly unlikely that comedian Eric Wareheim boarded a plane and toured around New York City with his comedy partner, Tim Heidecker, without any awareness of his surroundings or knowledge that he was to appear on "The Tonight Show," but that is exactly what Tim and Eric would have audiences believe, and we hope it's true. On Wednesday, Tim surprised a blindfolded, headphone-donning Eric by bringing him on the set of "The Tonight Show." Eric's reaction was priceless (and, we hope, not rehearsed).

The comedy duo celebrated 10 years together and premiered a clip from their upcoming show, "Tim and Eric's Bedtime Stories."