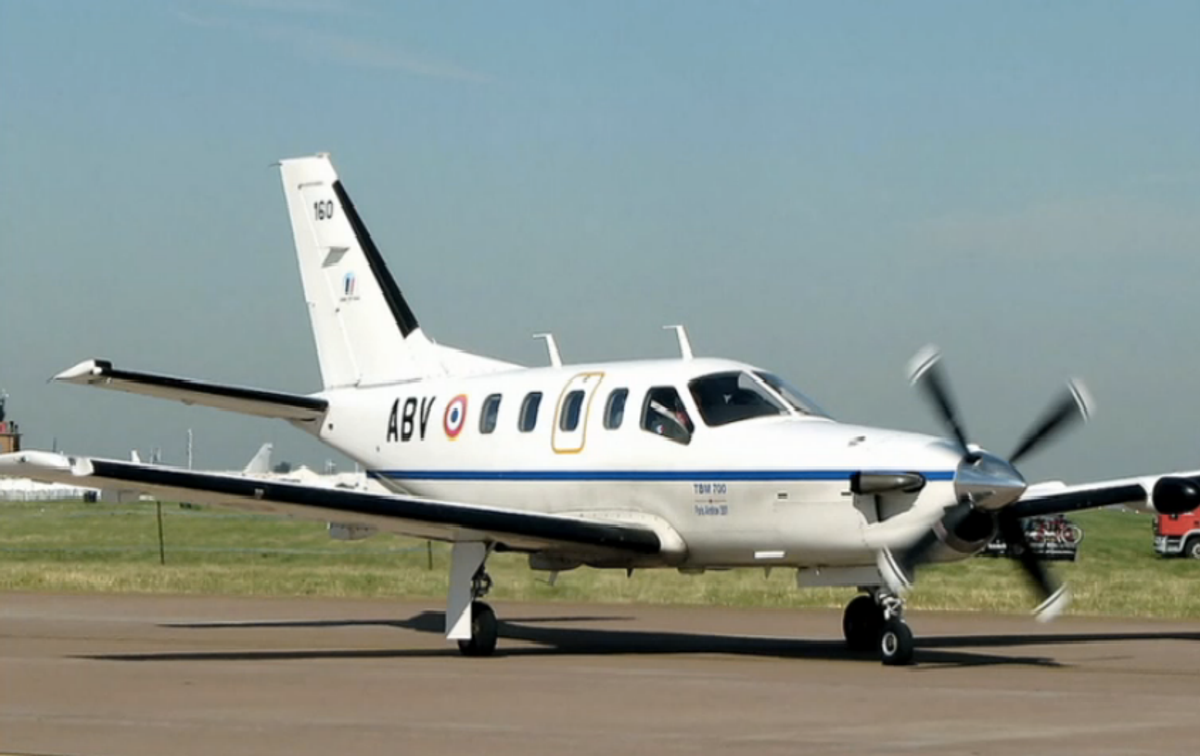 An image of a Socata TBM700 plane (Screenshot/MSNBC)
--

Air traffic controllers were last able to contact the pilot of the Socata TBM700, a high performance single-engine turboprop, at 10 a.m. EDT, the Federal Aviation Administration said in a statement. The plane took off at 8:45 a.m. EDT from the Greater Rochester International Airport. The pilot, who was not identified, had filed a flight plan with the FAA to fly from Rochester, New York, to Naples, Florida.

The fighter jets were launched at 11:30 a.m. EDT Friday, said Preston Schlachter, a spokesman for the North American Aerospace Defense Command & U.S. Northern Command. Flightaware, an aviation tracking website, showed the plane over the Caribbean at about 2 p.m. EDT.

The incident marks the second time in less than a week that private pilot has become unresponsive during a flight. On Saturday, a pilot lost consciousness and his plane drifted into restricted airspace over the nation's capital. Fighter jets were also launched in that case and stayed with the small aircraft until it ran out of fuel and crashed Saturday into the Atlantic.