Why terrorist attacks so often cause non-believers to abandon reason, science and evidence to blame religion 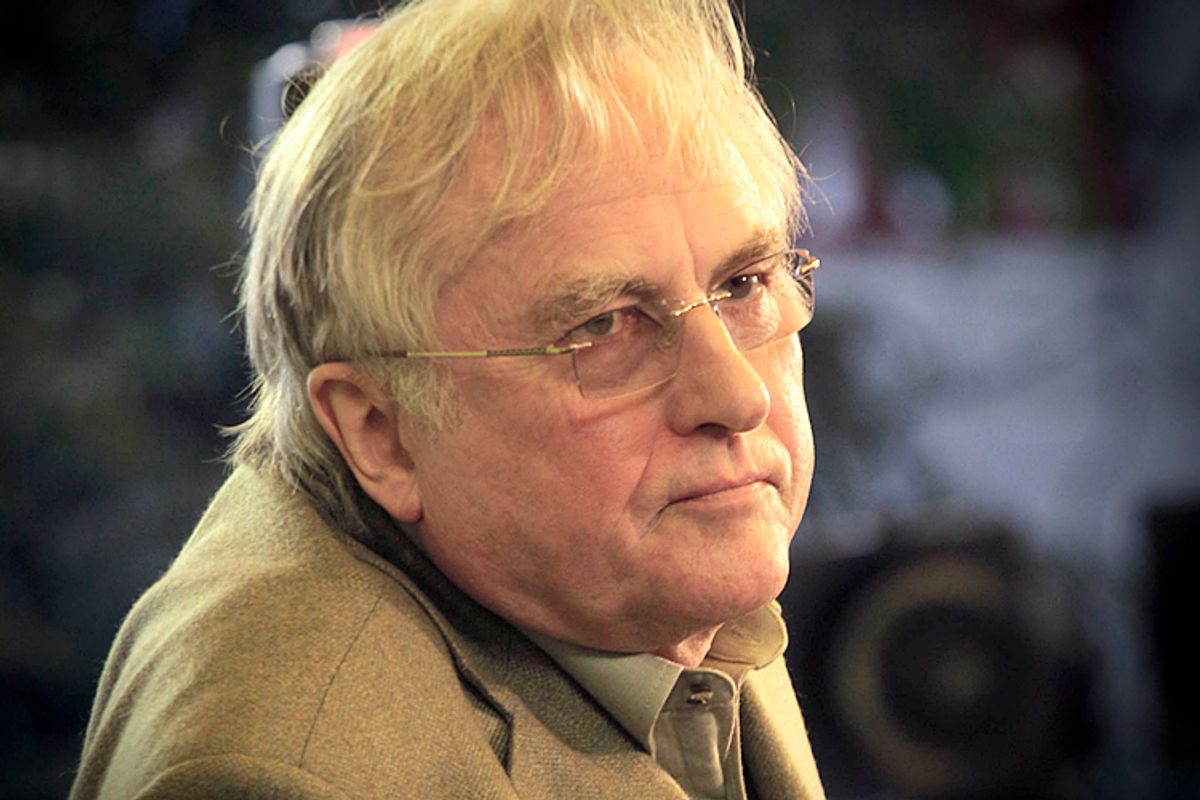 Science says more than 95 percent of terrorist attacks are motivated by politics and revenge. Atheists say, “That’s bullshit!” And not just atheist luminaries such as Sam Harris, Richard Dawkins and Bill Maher. I refer to the several hundred hostile responses from atheists to my previous AlterNet piece, in which I cited the most exhaustive and comprehensive study of suicide terrorism ever conducted.

According to the Suicide Terrorism Database at Flinders University in Australia, which accounts for all suicide bombings committed in the Middle East between 1981 and 2006, it is politics, not religious fanaticism, that leads to terrorists blowing themselves up. The study shows that:

The findings of the Flinders University study are supported by the research conducted at the University of Chicago’s Project on Security and Terrorism, which was partly funded by the Defense Department’s Threat Reduction Agency. The authors, Robert A. Pape and James K. Feldman, examined more than 2,200 suicide attacks across the world from 1980 to present. Their research reveals that more than 90 percent of suicide attacks are directed at an occupying force. Of the 524 suicide terrorists carried out in the past 30 years, more than half of the attackers were secular. Let that rock your worldview.

More than 95 percent of all suicide attacks have a strategic goal in common—to compel an occupying force to withdraw from territory the terrorists prize. From Lebanon to Sri Lanka to the West Bank to Chechnya, the central goal of every suicide terrorist campaign has been to resist military occupation by a democracy. Pape, who is also the author of Dying to Win: The Strategic Logic of Suicide Terrorism, rejects outright the view that Islam is the root of the problem. "Rather, the taproot is American military policy." The notion that Islamic fundamentalism is bent on world domination is "pure fantasy," he argues, warning that an attempt by the West to force Muslim societies to transform "is likely to dramatically increase the threat we face."

This evidence is not good enough for atheists. “Islam IS a major problem,” wrote one reader. "Muslims for the most part aren't but Islam is. It is filled with violence and hate and intolerance that is very easily gulped down by poverty stricken illiterate folks and political leaders with nefarious aspirations that are rooted in psychopathy and sociopath tendencies."

To continue to believe that Islam is the root of Middle Eastern terrorism is to willfully ignore the best available science and reason, much the same way that Christian fundamentalists maintain the belief that the earth is less than 7,000 years old. As a nation, we are unable to deal intelligently with real and complex problems when much of the population clings to superstition, false logic, unreason, and dangerous ideas.

“The United States has been great in large part because it respects understanding and discussion of important ideas and concepts, and because it is free to change course. Intelligent decisions require putting all the facts before us and considering new approaches, “Pape writes. He adds that, “the first step is recognizing that occupations in the Muslim world don't make Americans any safer—in fact, they are at the heart of the problem.”

In a recent blog, atheist author Sam Harris writes, “There are millions of people in the Muslim world who are far scarier than Dick Cheney.” Not dozens or even hundreds, but millions. The 125,000 Iraqi civilians who had nothing to do with 9/11 yet who are now dead might disagree.

In an op-ed for Mondoweiss, Theodore Sayeed says of Sam Harris,

“He is most happy when he can frame the discussion of war in religious terms. Israel is post-religious and the Palestinians are not. Therefore secularists should side with Israel. America is post-religious and Muslims are not. Therefore secularists ought to side with America. And because Muslims often use religious language to discuss political matters, because they say 'jihad' instead of 'let’s fight back,' and because they call their dead 'martyrs' instead of 'fallen heroes,' their concerns are not territorial at all, they are irrational superstition about which there can be no prospects for dialogue.”

Such simplistic dehumanization of the Muslim world does not stand up to even a casual level of scrutiny. Many atheists, like Harris, see conflict in the Middle East as rooted in a cultural failure of Islam to adapt itself to modernity rather than as a political aspiration to freedom from U.S.-backed regimes. The Arab Spring protests in Egypt demonstrated that this culturalist assumption does not hold.

“Popular sovereignty, not God’s sovereignty, was the basis of the Tahir Square protests; Muslims and Christians marched together. The slogans were demands for rights, dignity, and social justice. All of this confounds the clash of civilizations theses, which holds that ‘Islam has bloody borders’,” writes Arun Kundani, author of The Muslims Are Coming: Islamophobia, Extremism, and the Domestic War on Terror.

ISIS is barbaric, that much is for certain. All war is barbaric, but to pretend our warfare is ethical and somehow sanitized is to abandon all reason. To pretend our occupation of the Middle East (44 U.S. military bases and an aircraft carrier group permanently parked in the region) isn’t the root cause of Arab-Muslim motivated terrorism is not only to ignore the founding charter of al-Qaeda, but also the terrorists who actually carry out the deeds.

Our permanent military occupation of the Middle East and our propping of despotic regimes has led to economic oppression and resulted in visible moral atrocities, including the torture and abuse of Iraqi prisoners. It was the U.S. that gunned down dozens of Iraqi civilians and two Reuters journalists in a single outing, while the crew of the Apache gunship laughed and cracked jokes.

“An ideologically driven focus on Muslims as the prime threat of violence goes hand in hand with a normalization of the fact that in the U.S. fifteen thousand people are murdered each year,” Kundani writes.

Atheists such as Dawkins, Harris and company became household names with their published responses to 9/11. Their assignment of blame to Islam, rather than to what truly motivated the 17 Saudi attackers —to force a U.S. withdrawal of its bases in Saudi Arabia— is where many of their fans derive their own military hawkish worldview. It's a worldview that ignores all reason, science and evidence, and bangs the drums for another failed war in the Middle East.