Keith Olbermann on Roger Goodell: "An enabler of men who beat women" who "must resign" 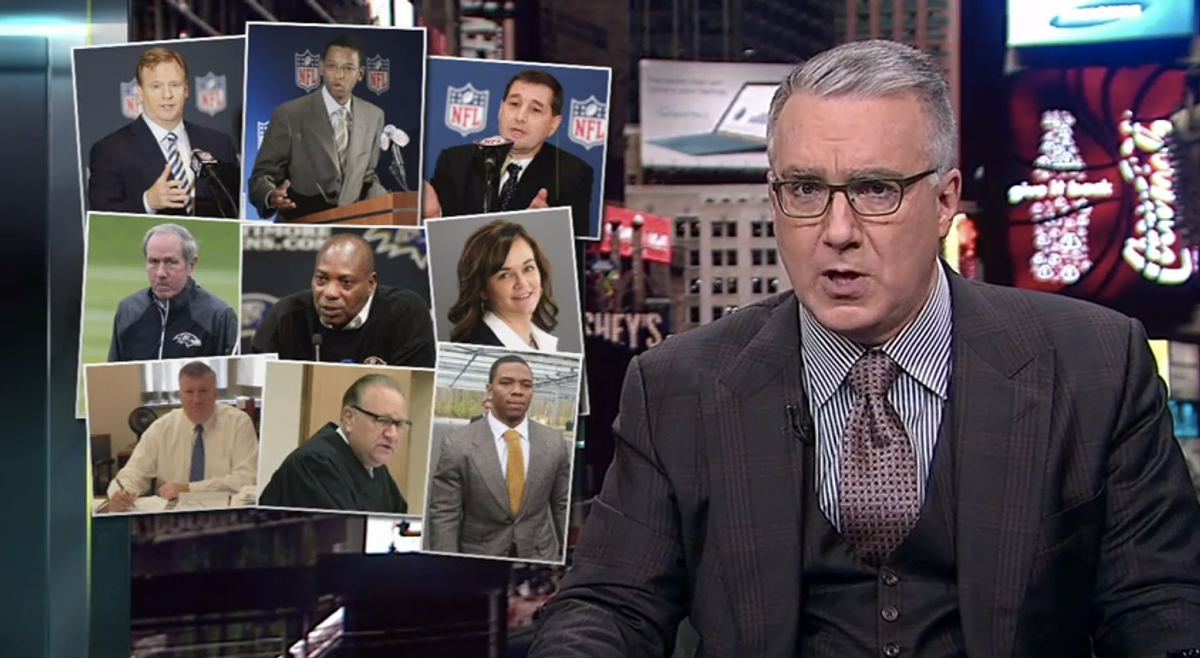 Mr. Goodell's ineptitude has not merely rendered this football season meaningless and irrelevant by contrast, it has reduced watching football to a disrespectful act and it has comforted the violent and afflicted the victim. ...

What Roger Goodell has turned the NFL office into is symbolized by Ray Rice's brutal left hand striking Janay Palmer and striking her again. Mr. Goodell is an enabler of men who beat women. His position within the national Football league is no longer tenable.

The former MSNBC pundit also went on to say that the league's decision to suspend Rice indefinitely is not enough:

I accuse Ray Rice of a brutal and potentially deadly assault followed by a devious, manipulative, unapologetic performance to protect his job and his money at the expense of the truth, the public and the next woman he brutalizes. Ray Rice must never be allowed back in the National Football League uniform.