So Taylor Swift is a Shoshanna: Now maybe we can stop declaring which "Girls" character we are 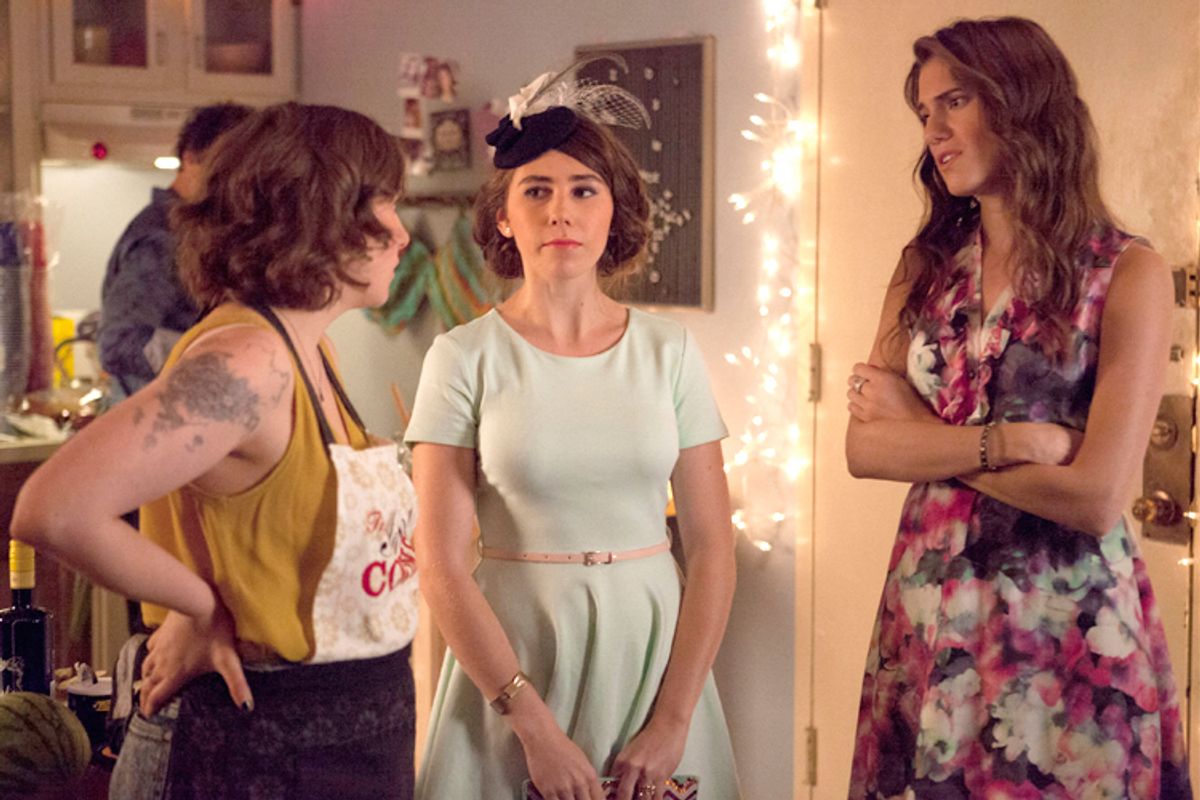 Breaking news: Ethereal life force and glittery apparition Taylor Swift has announced which "Girls" character she is. The news comes not via a red carpet interview or a loving tweet to kindred spirit Lena Dunham or via that addictive BuzzFeed quiz, but via a Rolling Stone cover story, and you have FOUR guesses to identify which female "Girls" character she most identifies with (hint: It's Shoshanna).

"Shoshanna gets excited about things, she's really girly," said Swift, who recently announced her status as a feminist. "And when she was in a relationship that was very comfortable, she made the decision to get out and go experience new things on her own. And now she's becoming more sure of herself and taking life head-on, in a way that I can relate to. Even though I've never accidentally smoked crack at a warehouse party and run pantsless through Brooklyn."

But whether she's a Shosh, or, as Dunham deems her, "Hannah, minus the horrid sexual behavior. Or Marnie, if she wasn't an asshole," she's in good company along with a legion of famous and not-so-famous women and men who have claimed to identify with a character on the show. A small sampling:

Hannah Horvath
Huffpost contributor Crystal Bell
White girls
The person who Tumbls at "Musings of an Inapproriate Woman"
Lots of other bloggers
Definitely not this Nerve writer, says Nerve writer

Jessa Johansson
No one