Keith Olbermann: "The owners of the NFL need to publicly and loudly fire" Roger Goodell 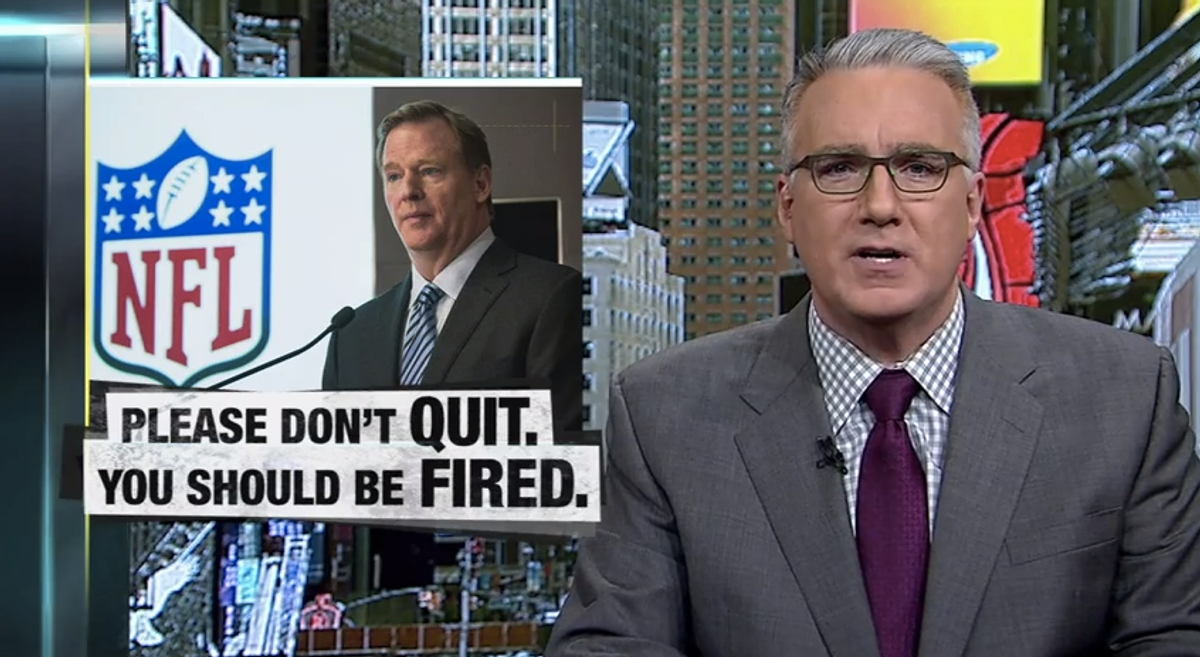 Keith Olbermann took a few moments at the beginning of his broadcast on Wednesday to amend his thoughts on NFL commissioner Roger Goodell, in light of an AP report suggesting that league officials received a copy of footage of Ray Rice punching his then-fiancée in an elevator in April. Earlier in the week, Olbermann called for Goodell to step down; now, he's just calling for him to be fired.

Olbermann zeroed in on Goodell's repeated claim that the NFL requested a copy of the tape from law enforcement and was unable to access it, calling it "naive, foolish" and "personally hypocritical." In the end, he concluded, "The owners of the NFL need to publicly and loudly fire" Goodell.