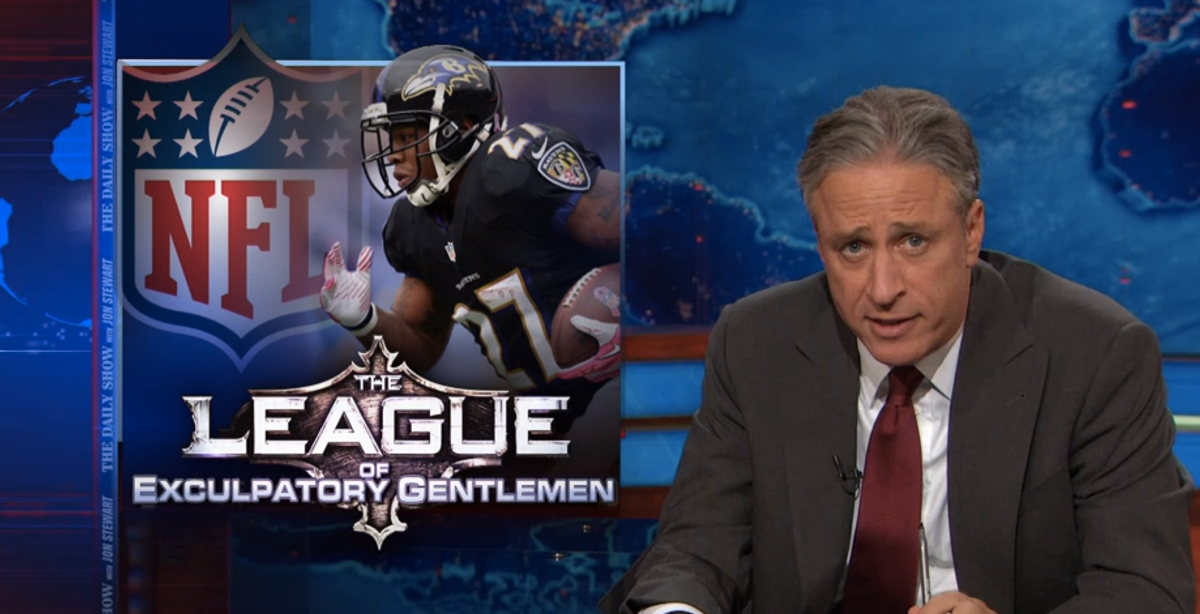 As Keith Olbermann, the National Organization for Women, and pretty much everyone else calls for NFL commissioner Roger Goodell to resign, Jon Stewart has put together a great recap of Goodell's missteps with the Ray Rice domestic violence case. Stewart's conclusion: "You done fucked up."

Goodell, who argued that he had never seen the tape, and then argued that he had no access to the tape, was exposed when the AP reported that the NFL had, in fact, been sent the tape. (There's also the question of why footage of the tape was necessary to influence the punishment, when it was already clear a woman was knocked unconscious.)

While Stewart didn't call on Goodell to resign, he definitely has lost some faith in the organization. "I guess the next time that you attempt to bury damaging information about your league's conduct," Stewart said to the NFL, "I guess we'll know to throw the red challenge flag."