Ravens owner on Rice: "We imagined what we wanted to imagine because we loved Ray" 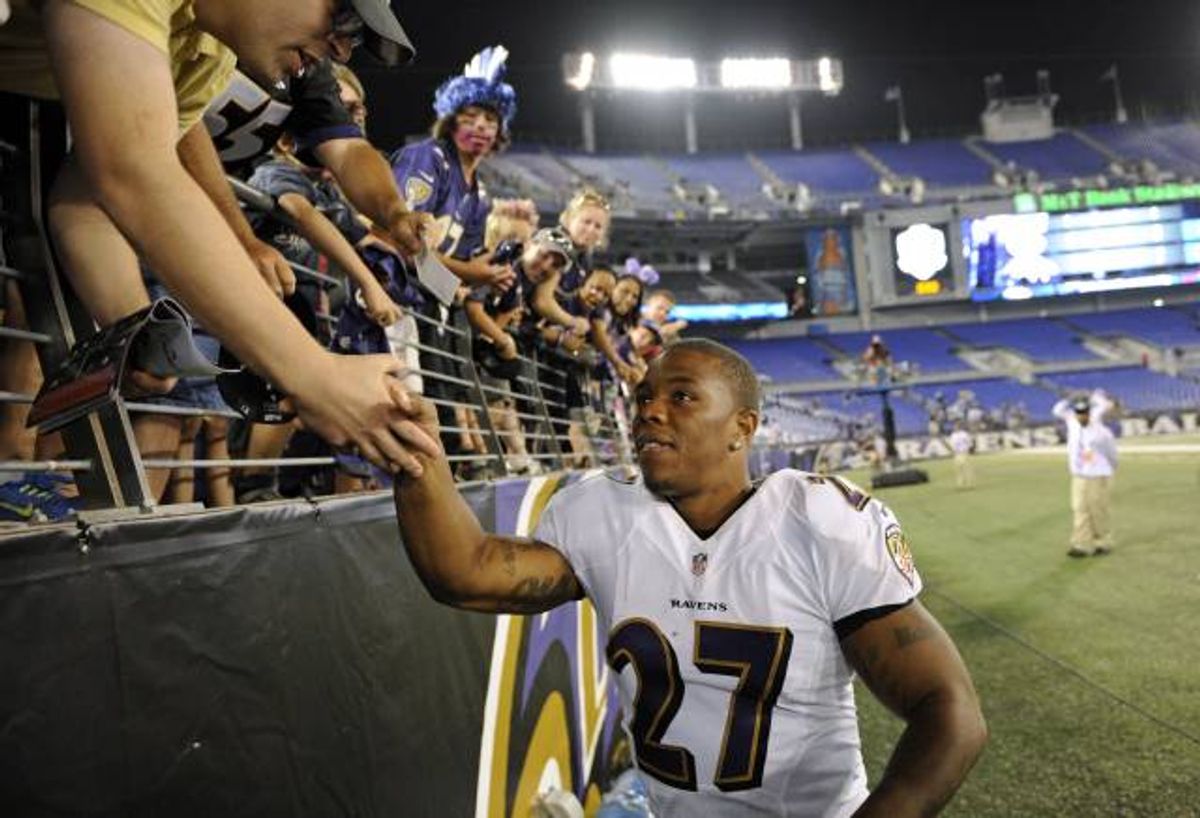 In their first interview since publicly announcing the release of running back Ray Rice after video surfaced of him knocking his then-fiancée unconscious in an Atlantic City, New Jersey, hotel elevator, the executives of the Baltimore Ravens sat down with the Baltimore Sun to explain their failures in the investigation and punishment of Rice's abuse. Ravens owner Steve Bisciotti, along with team president Dick Cass and general manager Ozzie Newsome, claimed responsibility for failing to conduct an inside investigation of the allegations against Rice, and denied having access to the full footage of the player abusing his wife before it was released on Monday:

“I regret very much — and we all do — giving up on the video. It was there, we knew it was there, we want to see it. And if I can say so, I’m sure the league wishes that they pushed harder. We said that we pushed as hard as we could and never got it, but we should have pushed harder,” Bisciotti said. “Whatever that level is, we probably shouldn’t have given up. Roger should probably not have given him a suspension before he saw that tape. … That’s where we dropped the ball. That’s where I’m so angry, because it allowed us to accept what the league gave him.”

Said Cass: “I think it serves as a wake-up call in how we handle player conduct issues in the future, particularly any issue with a player involving violence, is something that we have to do a much better job of conducting a vigorous, independent investigation of what the facts are. We have relied too much on theirs to do that, and we need to do more ourselves. I think that was a critical mistake in what we did here.”

According to the Associated Press, however, a law enforcement official claims that the NFL received a copy of the tape as far back as April, calling into question league executives' repeated claims that NFL leadership did not see the footage before Monday. Additionally, ABC News reports, although Ravens executives were denied access to the footage by law enforcement during the investigation, team leaders were told that Rice's attorney, Michael Diamondstein, had a copy of the tape. Bisciotti and his colleagues reportedly did not ask Diamondstein to view it.

Team officials did speak with Rice immediately following the February incident, and in his interview with the Sun, Newsome noted that "Ray didn't lie" about what happened in the elevator that night. Cass added, however, that the description of the altercation still lacked the veracity of watching the punch on tape.

“There’s a big difference between reading a report that says he knocked her unconscious or being told that someone had slapped someone and that she had hit her head,” Cass said. “That is one version of the facts. That’s what we understood to be the case. When you see the video, it just looks very different than what we understood the facts to be.”