Stephen Colbert goes all in with partisan buying: "We're a culture war, folks, it's us versus them" 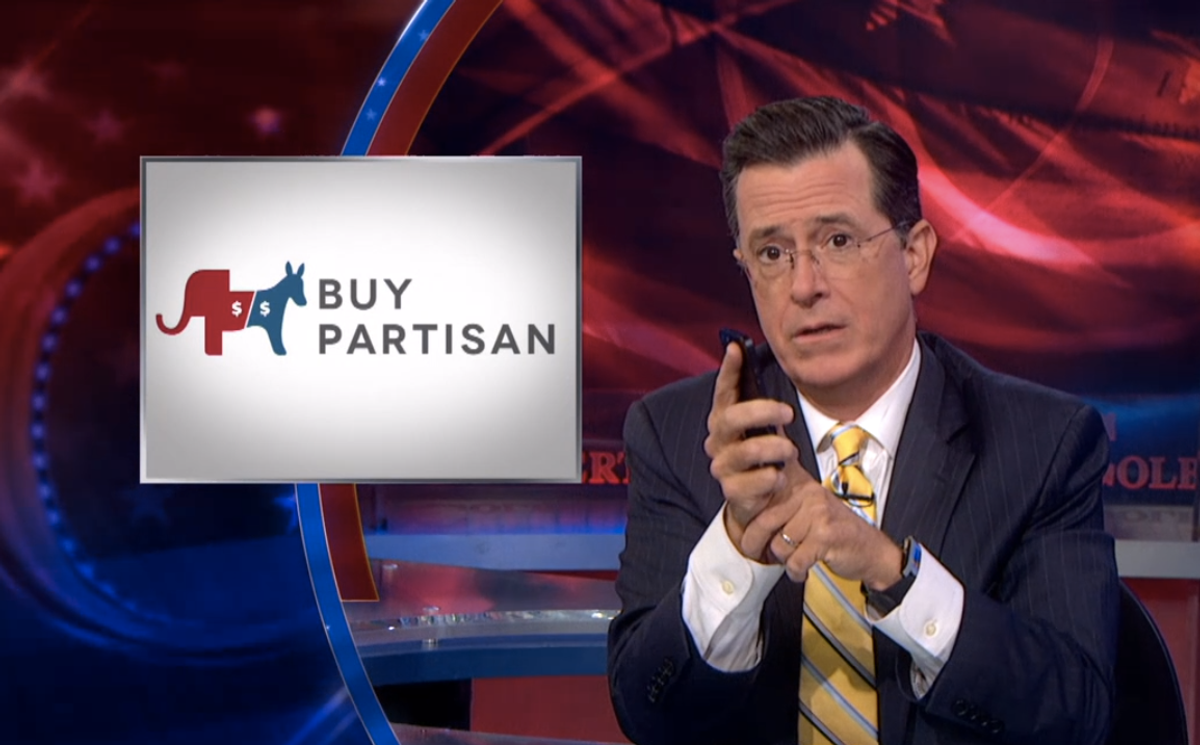 "Folks, if you're paying attention -- I know the Colbert Nation always does -- it is absolutely no big secret that the country is being torn apart by childish partisan bickering," Stephen Colbert stated on Wednesday. "And Obama started it."

The host of "The Colbert Report" then went on to explain that in such a polarized climate, he only patronizes conservative establishments: Sam's Club, Chick-fil-A, Hobby Lobby.

And with a new app, he can now see the political donations of products that don't outright state where they stand politically. Consumers just need to scan any barcode and Buy Partisan will show them a political contribution breakdown for the company and the CEO.

So how does it work out for Colbert? Watch below and see: