The Indianapolis Colts just donated $100K to domestic violence charities. Who's next?

One team takes action on the issue of domestic violence. Time for other teams to step up 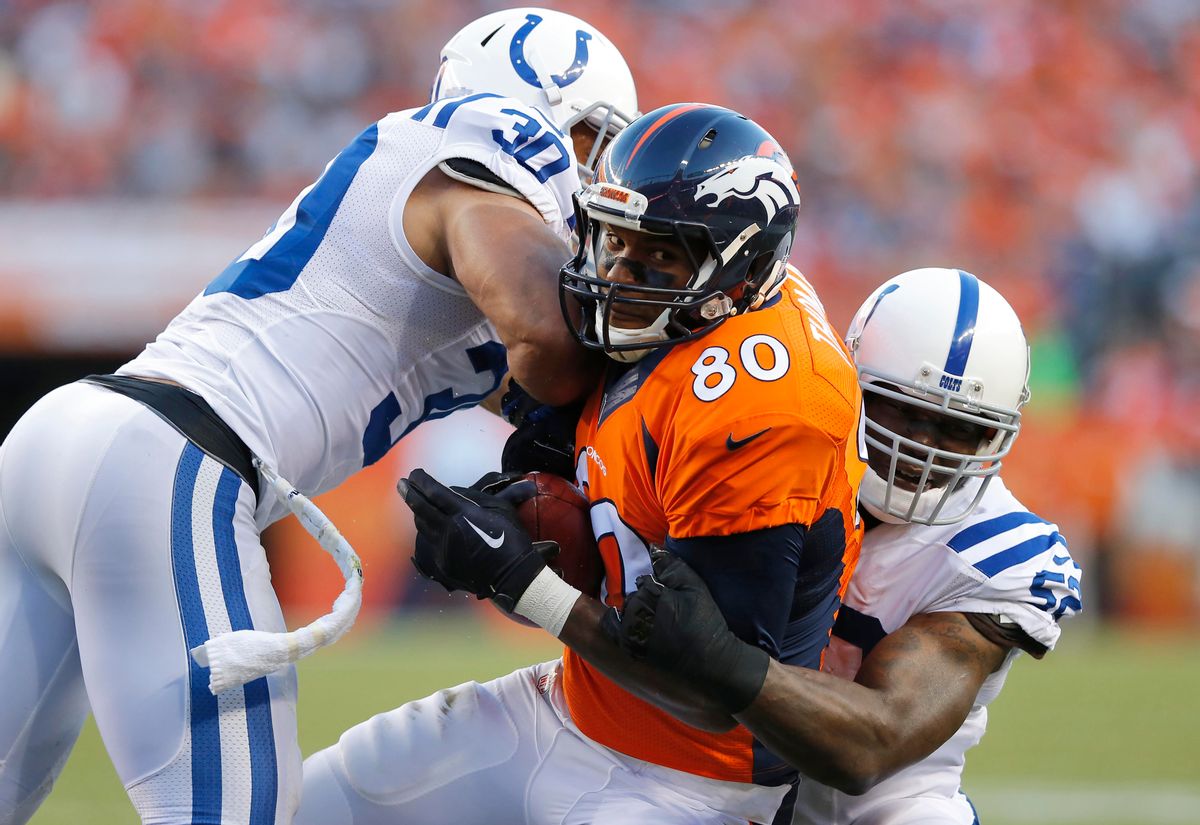 The Indianapolis Colts have pledged a $100,000 donation to The Julian Center, an Indianapolis-based domestic violence resource center. The team has also invited fans to donate, and have committed to donate the proceeds of a Monday night home opener raffle to charities across the state of Indiana.

“Domestic violence continues to be one of the most significant threats to one of our countries most important treasures – our families,” said Colts Vice Chairs/Owners Carlie Irsay-Gordon, Casey Foyt and Kalen Irsay in a statement. “For many years, our family and the entire Colts organization has worked closely with several wonderful organizations focused on preventing abusive situations and helping women and children affected by domestic violence. As daughters, sisters, wives and mothers, we are committed to standing against domestic violence and supporting organizations like the Julian Center that are working tirelessly to provide shelter, resources and hope for families.”

This is a good thing, and something that other teams should do to, too.

And I'm with RH Reality Check editor in chief Jodi Jacobson, who has called on the NFL to put $100 million "into a fund to be administered by a coalition of domestic violence shelters and counseling centers throughout the country," as well as a reoccurring yearly donation of $25 million to that account.

I also propose that NFL commissioner Roger Goodell resign, and then go live in a garbage can where people will throw banana peels and old shrimp on his head for the rest of his life.