When I lost my belongings recently, people hating my pro-communist position were giddy. Here's why they're clueless 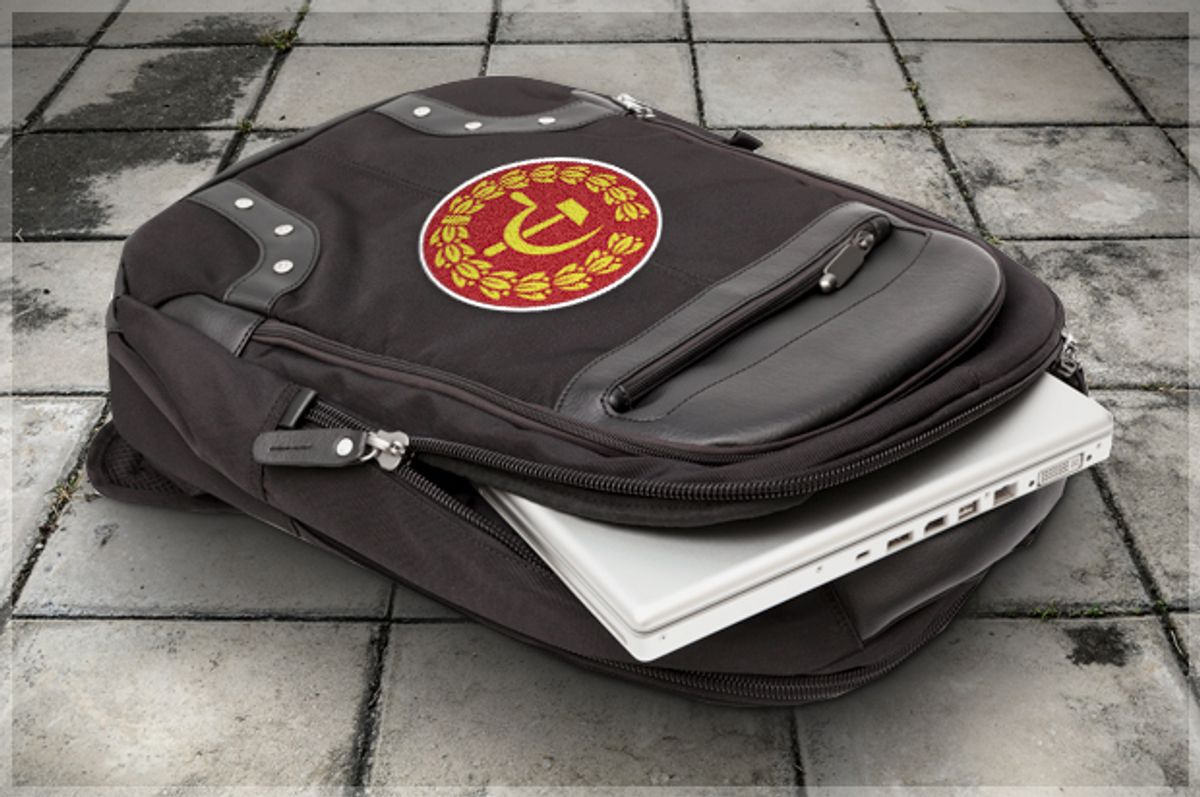 Having previously attracted the ire of conservatives in my role as a publicly self-identified communist who advocates for collective ownership of property, I should have seen it coming. Knowing how giddy my critics would be, I shouldn't have tweeted when my backpack, containing my computer, was recently stolen from a friend's car. When I did, conservative Twitter had such a ball taunting me with Extremely Hilarious variations on the same “liberating property” line that they made a whole entire Twitchy out of the affair (my apologies if this is the first you are learning of that site). Now, don't get me wrong, crowing over the misfortunes of one's political opponents is good fun and a natural right, but for best results the taunts should be both witty and coherent. On the matter of wit I'll defer to you, but in the coherence division this late episode was sorely lacking.

Specifically, the barbs confused possessions with property, a long-acknowledged dichotomy I have attempted to articulate on television, social media and here at Salon, evidently in vain. So, once again: When I advocate collectivizing property, I am talking about financial assets (land deeds, stocks, bonds, patents and other intellectual property monopolies, and so forth), not personal possessions that human beings use on an ongoing basis, like computers or backpacks or clothes or cars or whatever. The latter are for use, the former for making money. If the occasional blurriness of these categories is reflected in dictionary definitions, that does not eliminate the obvious conceptual distinction.

Nor, despite charming insinuations to the contrary, does the distinction alone undermine pro-capitalist arguments. It is perfectly possible to differentiate between property – known by some as “the means of production” or “capital” – and personal possessions – known by some as “the fruits of production” or “stuff” – and still make the case that property is better owned privately than publicly, but right-wing Twitter declined to make this case, preferring instead to pretend, ears finger-plugged, “la la la” gleefully ringing from each freedom-loving throat, that there is no difference between a stock and a sweater. (Sweaters and other use-commodities can also be collectivized in lending libraries, as some communities do with bikes, cars, tools, toys and, obviously, books – but this is not crucial for ending capitalism.)

It is worth pointing out one common theme of the Twitter harassment, which held that the thief probably needed the computer and backpack more than I did, because it's an argument I'm somewhat sympathetic to, on the supposition that petty theft is generated chiefly by poverty. This does not make theft “communist,” though: A better way of justly and equitably ensuring that everyone has access to computers and backpacks is by ending material insecurity, not by transferring one individual's only computer to another individual before the first has backed up his projects, an oversight for which he is kicking himself. Distressing and bewildering though it may be to conservative Internet randos, the logical takeaway from an episode like this is greater fervency in the struggle to end poverty (which is a necessary byproduct of private ownership of property).

In spite of U.S. catechism on the matter, theft of your work is not the defining characteristic of communism, but of capitalism, wherein a boss immediately owns the work workers create, even at the very instant they create it. The workers' work immediately becomes the boss' to try and get rich off of. Indeed, a worker's time, body and very life belong to the boss during work hours, and if the worker objects to this arrangement, insists on owning the fruits of their own labor, the boss is liable to produce a pink slip. For instance, this article, which is mine while it is on my new computer, belongs to Salon once it is posted online, and it is Salon's to do with as it wishes.

When the means of production are shared by all, though, and everyone is materially secure as a matter of guaranteed right, workers will have the option to keep all our work. That is, unless someone busts into our friend's car and pinches it.