James Franco and Chris O'Dowd's "Of Mice and Men" telecast will air Nov. 6

The production will be broadcast in 700 theaters across the U.S. and Canada 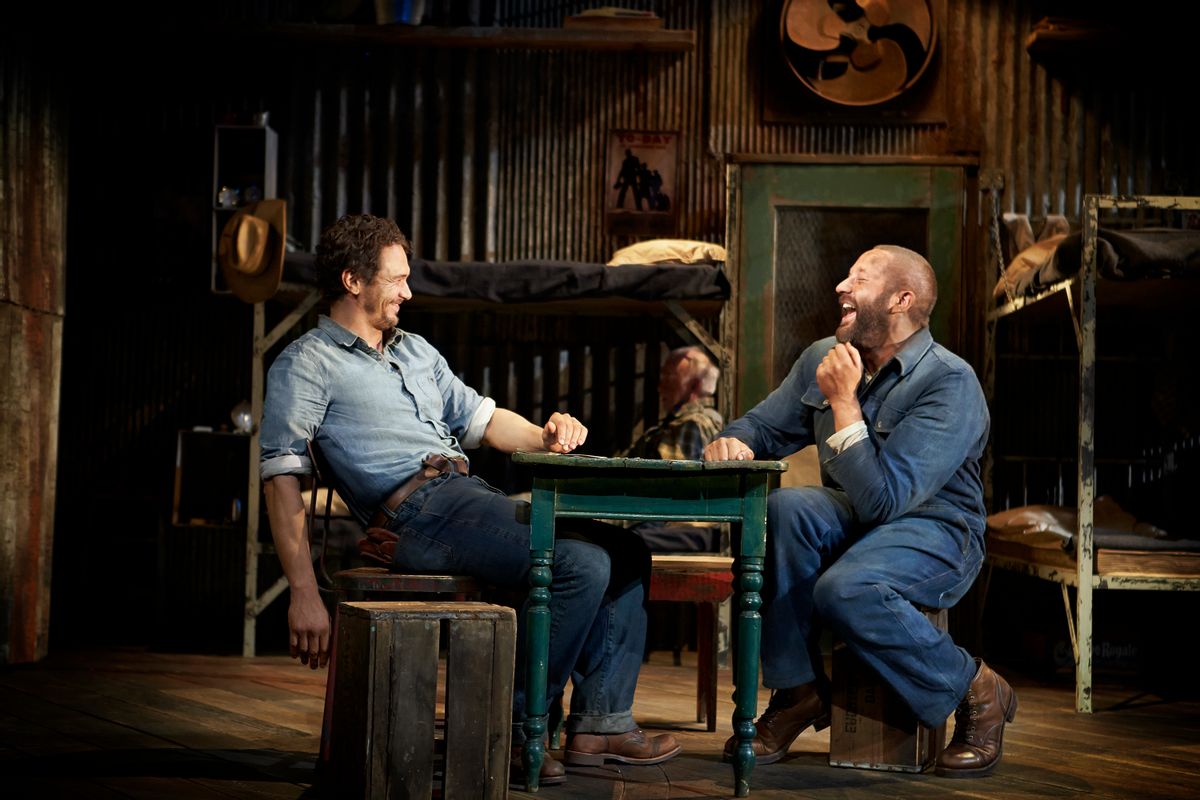 This image released by Polk & Co. shows James Franco, left, and Chris O'Dowd in a scene from "Of Mice and Men," in New York. (AP/Polk & Co., Richard Phibbs)
--

The telecast of Broadway's revival production of John Steinbeck's "Of Mice and Men" starring James Franco, Chris O'Dowd and Leighton Meester has been set for Nov. 6. The play is the first Broadway production to ever appear on National Theatre Live, a U.K.-based program dedicated to broadcasting British theater in movie theaters across the world. The production will be broadcast in 700 U.S. and Canada movie theaters, and tickets will go on sale Sept. 12 on NTLive.com.

The play's producer, David Binder, has had an extremely successful season with the success of "Of Mice and Men" and the multiple Tony Award-winning "Hedwig and the Angry Inch," a revival of the 2001 film, starring Neil Patrick Harris.

"We are thrilled to be working with David Binder and his Of Mice and Men team, and to include this great production of an American classic in our National Theatre Live program," said David Sabel, the National Theatre's director of broadcast and digital in an interview with Deadline. "These broadcasts have enabled millions more people around the world to see great theater from the U.K. and now the U.S."