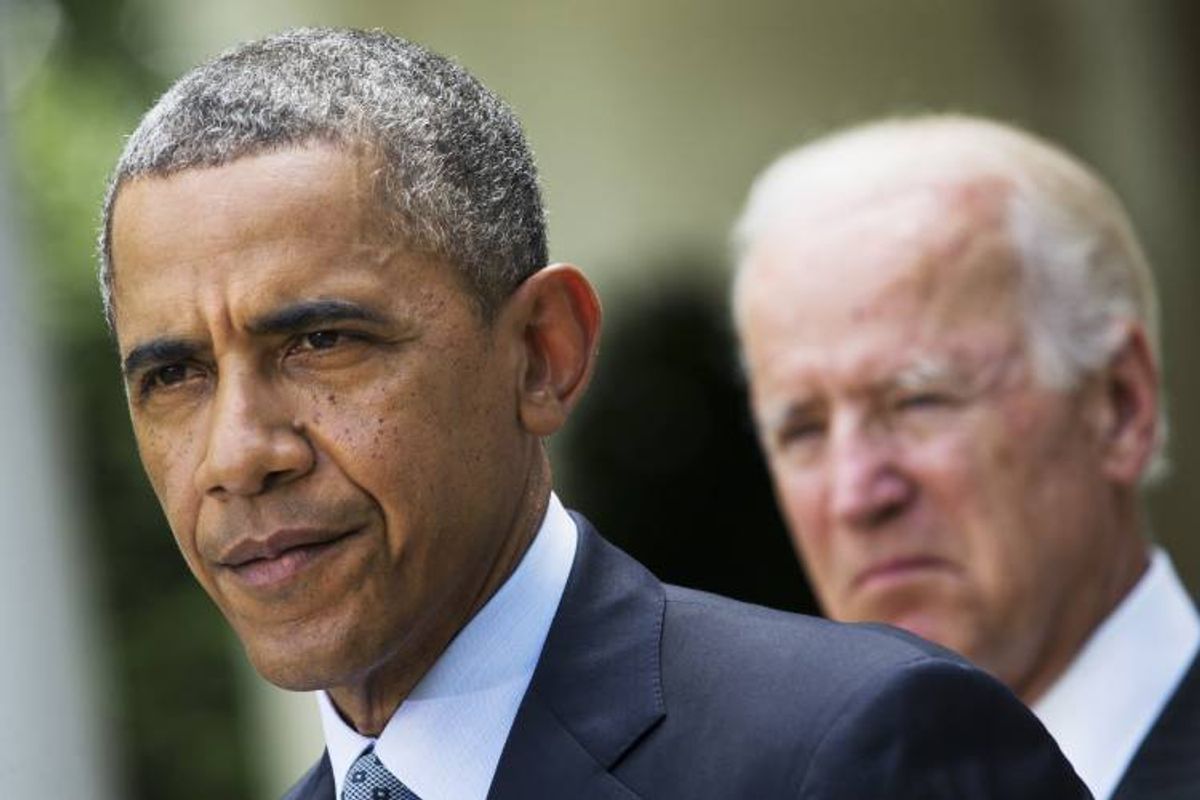 Responding to a bombshell late-Friday report, White House Press Secretary Josh Earnest assured the media on Monday that the Syrian Revolutionaries Front (SRF) — one of the groups likely to receive weapons and training from the U.S. per a recently announced new administration strategy to destroy ISIS (also known as ISIL) — was not, in fact, secretly operating under a truce with the ascendant Islamic extremist group.

"I understand that right now, as we speak, the SRF and ISIL are currently fighting in a suburb in Syria," Earnest said, attempting to prove that an article from the Global Post reporting on the truce, which was struck in order for both sides to focus on ousting their common enemy, Syrian President Bashar al-Assad, was incorrect. "[T]he SRF and other elements of the moderate opposition have joined forces in the last couple of months to push ISIL from the region," Earnest added.

Regardless of whether the Global Post's reporting is accurate, Earnest's comments highlight one of the major unanswered questions posed by critics of the White House's new plan to engage more aggressively in the Syrian civil war: Do we really know who the Syrian rebels are, and what they'll ultimately do with the weapons and training that we give them?

The administration and supporters of intervention have argued that moderate members among the rebellion are present and can be found. But those wary of intervention, pointing to the example of the Afghanistan mujahideen of the 1980s, are not so sure.

For its part, the SRF has denied having a truce with ISIS. Judging by what one senior administration official told the Huffington Post, the White House — at least for now — considers that enough: "If they had an alliance with ISIL, it doesn’t make sense that they would say they don't," the anonymous official said to HuffPo.

Obama has been pressing Congress to give him new authority to train and equip the Syrian rebels. The House was slated to vote last week on a government spending bill that included that authority, but Republican leaders postponed the vote until this week to give members more time to review the administration-requested language.

Earnest signaled Monday that Obama is feeling confident about the level of support he has on Capitol Hill for expanded efforts in Syria.

“We’ve seen public statements from Democrats and Republicans in senior positions, both in the House and Senate, indicate that they support giving the administration the necessary authority to ramp up our assistance to the Syrian opposition,” he said. “We’re gratified by that show of bipartisan public support for this urgent priority.”

He added, “The president believes it’s important to strike while the iron is hot here and begin to ramp up this program as soon as possible.”