Adrian Peterson cleared to play, says, "I am, without a doubt, not a child abuser" 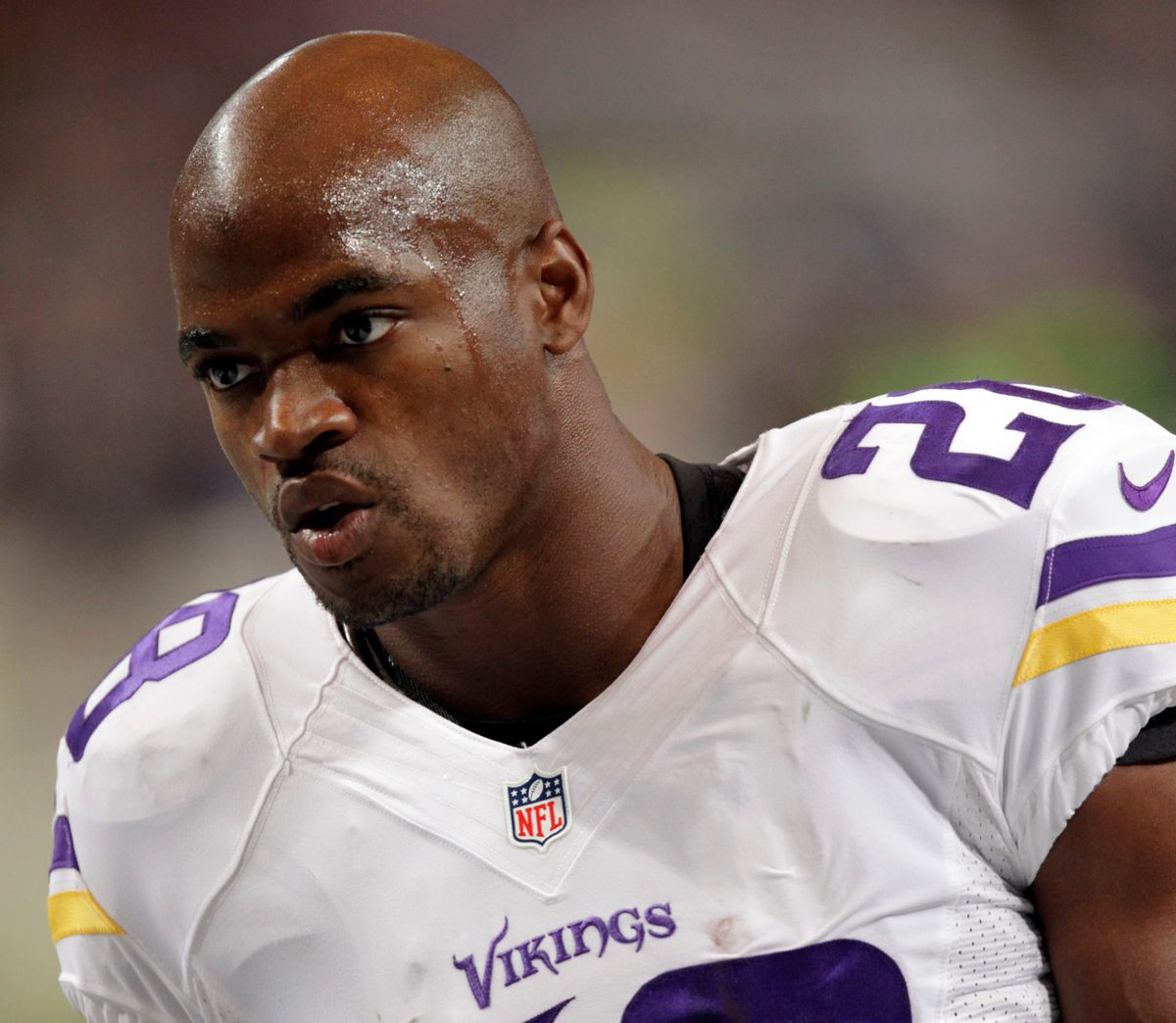 The Minnesota Vikings announced Monday that running back Adrian Peterson will be allowed to practice this week and play Sunday while he faces child abuse charges in Texas. Last week, Peterson was indicted by a grand jury after hitting his 4-year-old son with a switch.

“Today’s decision was made after significant thought, discussion and consideration,” said Vikings owners Zygi and Mark Wilf. “At this time, however, we believe this is a matter of due process, and we should allow the legal system to proceed so we can come to the most effective conclusions and then determine the appropriate course of action.”

I voluntarily appeared before the grand jury several weeks ago to answer any and all questions they had. Before my grand jury appearance, I was interviewed by two different police agencies without an attorney. In each of these interviews I have said the same thing, and that is that I never ever intended to harm my son. I will say the same thing once I have my day in court.

I have to live with the fact that when I disciplined my son the way I was disciplined as a child, I caused an injury that I never intended or thought would happen. I know that many people disagree with the way I disciplined my child. I also understand after meeting with a psychologist that there are other alternative ways of disciplining a child that may be more appropriate.

As noted by the New York Times, Carolina Panthers defensive end Greg Hardy, who was convicted in July of assault on a female and communicating threats, was deactived just hours before Sunday's game, but could return to the field. "We are in a process, and we're letting the process play its way out,'' coach Ron Rivera said Sunday.

Hardy's teammates have been clear that they want him back and playing again soon.

"I know I feel very strongly about it. At the same time, however you feel about the situation or the individuals, it's a mistake to start grouping them all into one big group," center Ryan Kalil told ESPN. "So everybody has the right to their each individual case, and I think that's what's happening here. For us, the biggest thing is not to get caught up in all the sensationalism and really let the facts play out before we start passing judgment and having opinions about it publicly. That's what we've decided as a team, and that's what we're doing. And the biggest thing, at the end of the day we still have a job to do."

Defensive end Charles Johnson was more direct. "Of course [we want him back]," he said. "Why would you ask that question?"