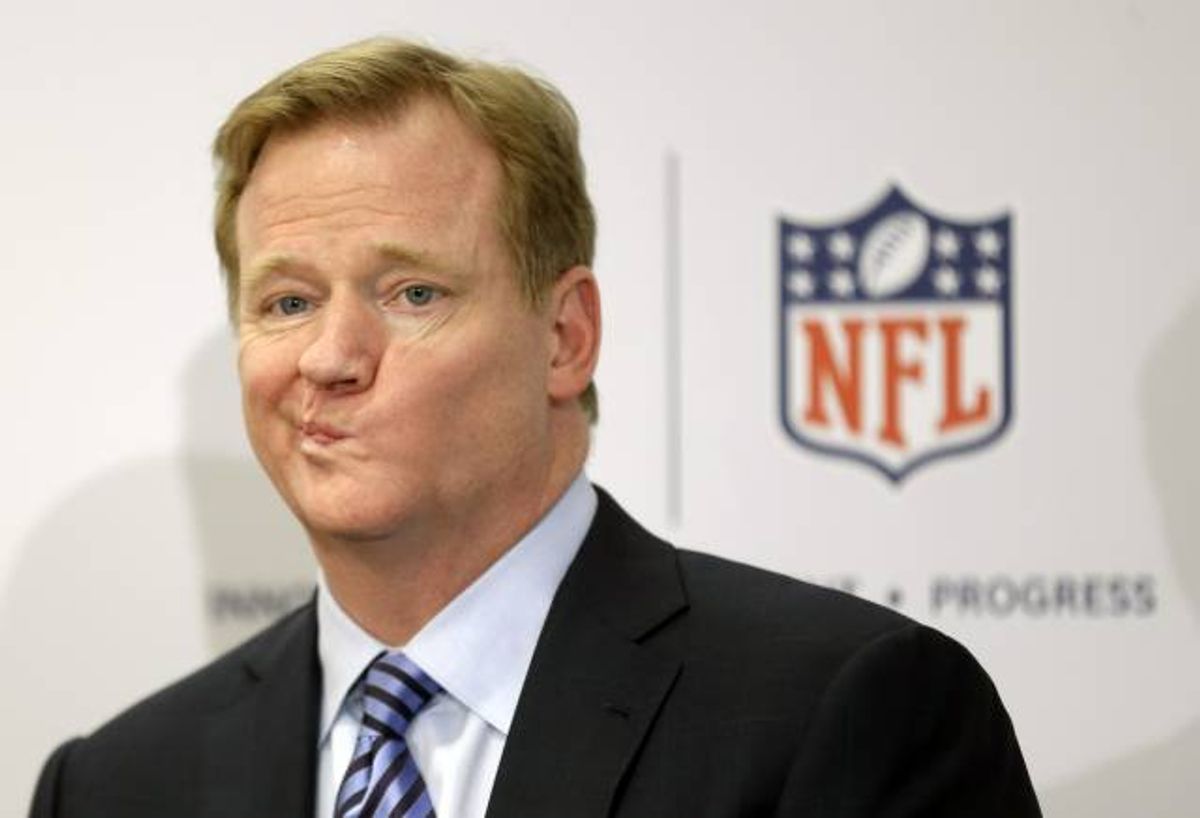 As outrage continues to mount over the NFL's mishandling of domestic violence charges against former running back Ray Rice, protesters have started to call for the league's "official beauty sponsor," CoverGirl, to withdraw its support. It seems especially perfect, then, that comedian Megan MacKay would choose to tackle the utter incompetence the league has exhibited with her "Ray Rice Inspired Makeup Tutorial," perhaps one of the best satires to come out of a scandal so entirely unfunny.

"The first step, as always, is foundation," MacKay begins the tutorial. "I'm using a new shade that I just bought called 'The NFL.' I really like this color because it will cover up anything just to save face."

She then goes on to use a concealer in shade No. 25 -- the number of years one serves for felony assault in Maryland -- and then lines her eyes with a shade she calls "Women Are Objects." MacKay applies it in a ring around her eyes, just like a wedding ring.

"When you put on a wedding ring, the guy can do anything he wants to you and it's automatically your fault," she explains. "Say he knocked you out cold in an elevator and then everyone found out about it. And people started blaming you, because you put on the wedding ring, so you were kind of asking for it, you know?"

Humorous as the clip might be, it ends on a serious note, with important resources for victims, survivors and offenders of domestic violence. Watch MacKay's whole tutorial below: