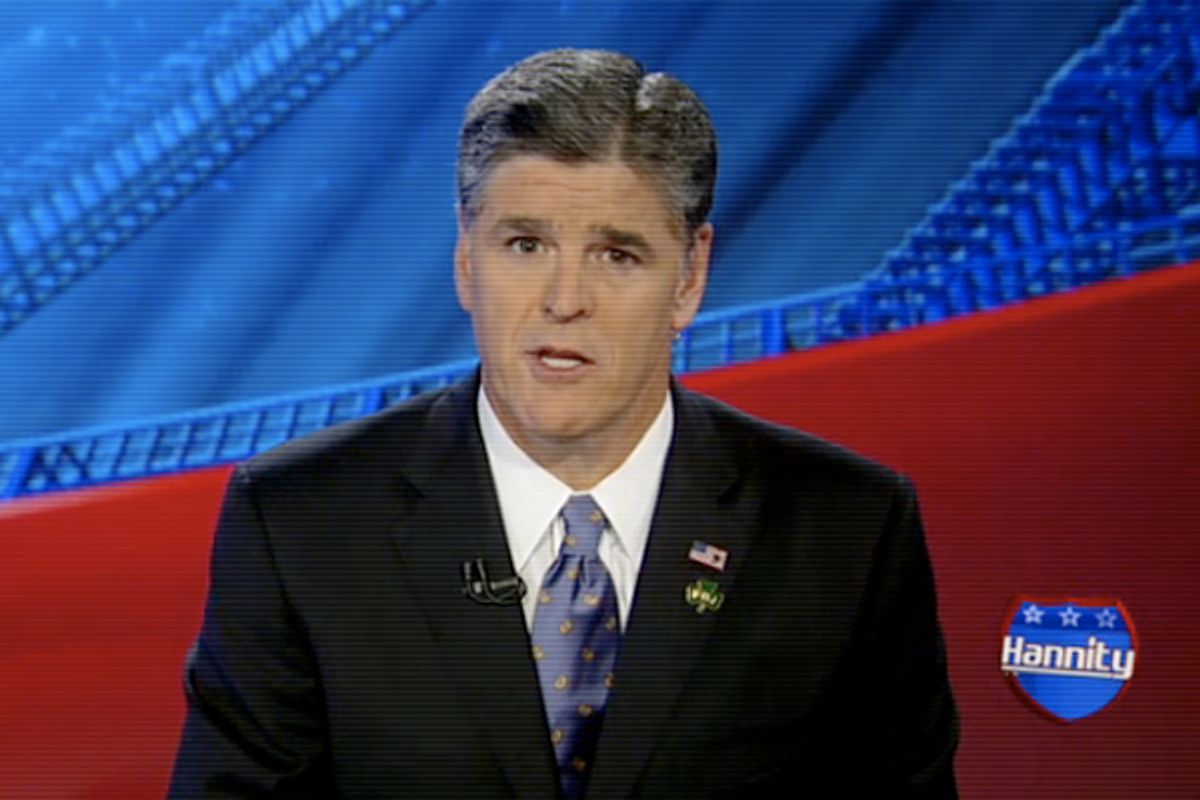 On Tuesday's edition of his radio show, Fox News host Sean Hannity used a discussion of the Adrian Peterson case as a vehicle for his fears about "liberals," arguing that bringing child abuse charges against the NFL running back could result in the government infringing upon parents' rights to instill values in their children. He also offered a strange new definition of political correctness.

“Here’s where my fear goes with all of this,” Hannity said. “You guys are gonna tell parents what they can and cannot do -- for example, is it going to become illegal if a parent teaches the politically correct [incorrect?] view that being gay is not normal?" He added, "Because I think we've gotten to the point where, if we don't politically correct our kids, we might as well just hand our kids over to the government the day they're born and let them raise them."

Hannity went on to say that he thinks Peterson -- who has been indicted for allegedly spanking his 4-year-old son with a switch severely enough to bruise the boy's backside and scrotum and to leave defensive marks on his hands -- went too far. (His co-host Noelle Nikpour, however, suggested that the player was merely exercising his "right to discipline his child.") That didn't stop Hannity from taking his concerns one step further, suggesting that prosecution of child abuse charges could lead to children accessing birth control in schools and having abortions.

Listen to Hannity's confused discussion, via Media Matters, below: