"What's the matter, ISIS? Jealous? You can't even see [Ebola] and it's upstaging you!" 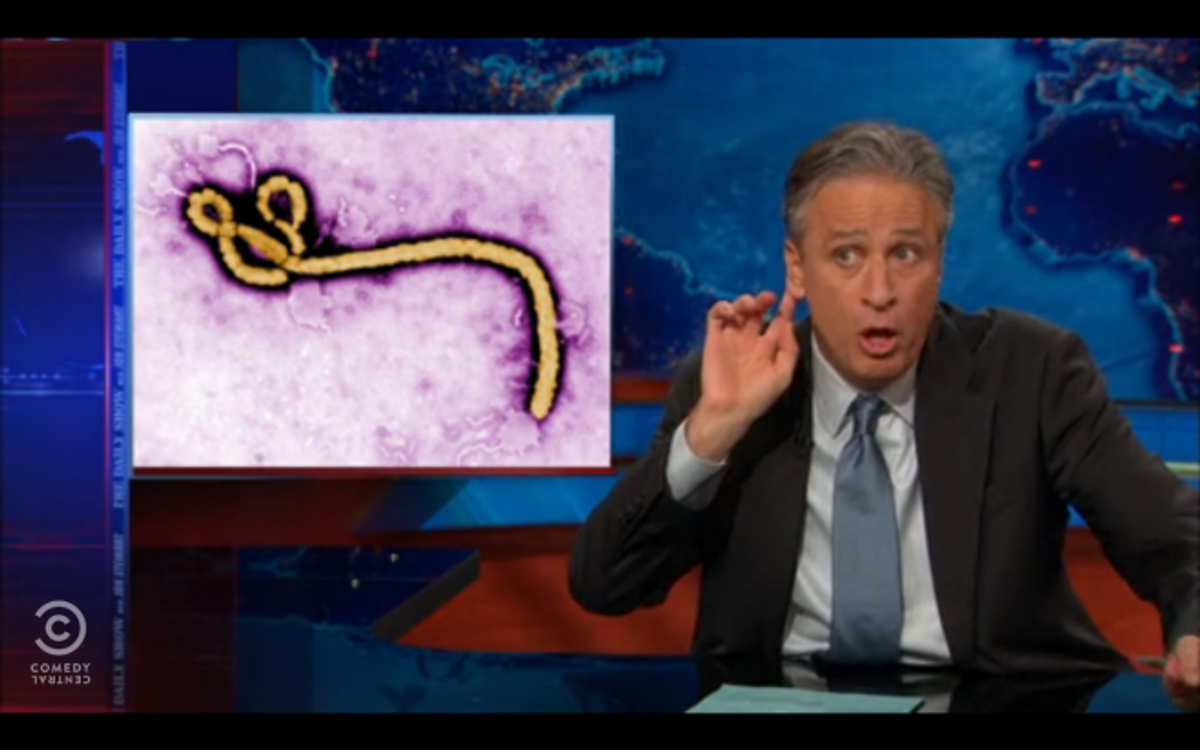 On Wednesday evening's edition of "The Daily Show," Jon Stewart turned his attention to the terrorist group ISIS and the "slickly produced" video it recently released threatening war against America. Turns out, the video is pretty budget: "If you never establish a caliphate," Stewart says, "you can always get a job doing graphics for CNN."

Stewart then concedes that although the organization will likely cause many countries heartache, it is not the biggest threat out there. Ebola is.

The show aired several clips of news coverage of the deadly virus that has caused at least 2,500 deaths thus far.

"3,000 troops to fight Ebola!" Stewart taunts. "What's the matter, ISIS? Jealous? You can't even see this shit and it's upstaging you."

"You tell me what sounds scarier: a bunch of dipshits in pickup trucks or something that will liquify your internal organs if a lady sneezes on you wrong on your flight to Tampa? I don't actually know if that's how it's spread but still. I think it's probably not spread that way. Although if you would like to change its Wikipedia page I certainly can't stop you ... Oh, and here's more bad news, ISIS: Ebola just released its own slick video."

The "trailer" features stock disaster movie footage, featuring Donald Sutherland speaking solemnly about a grave threat, screams of terror and short flashes of the ever-present microscopic image of the virus.

A voice says, "From the monkeys that brought you AIDS, Dengue fever and future enslavement comes a new threat. From a virus so terrifying, you will shit your pants ... literally. Ebola: coming soon to a lung near you."

"Ebola, coming soon to a lung near you."

While eating popcorn and shivering with fear, Stewart says, "Now that's some shit that's gonna kill us all!"