"How crazy is this? A company that sells alcohol is the moral touchstone of the NFL" 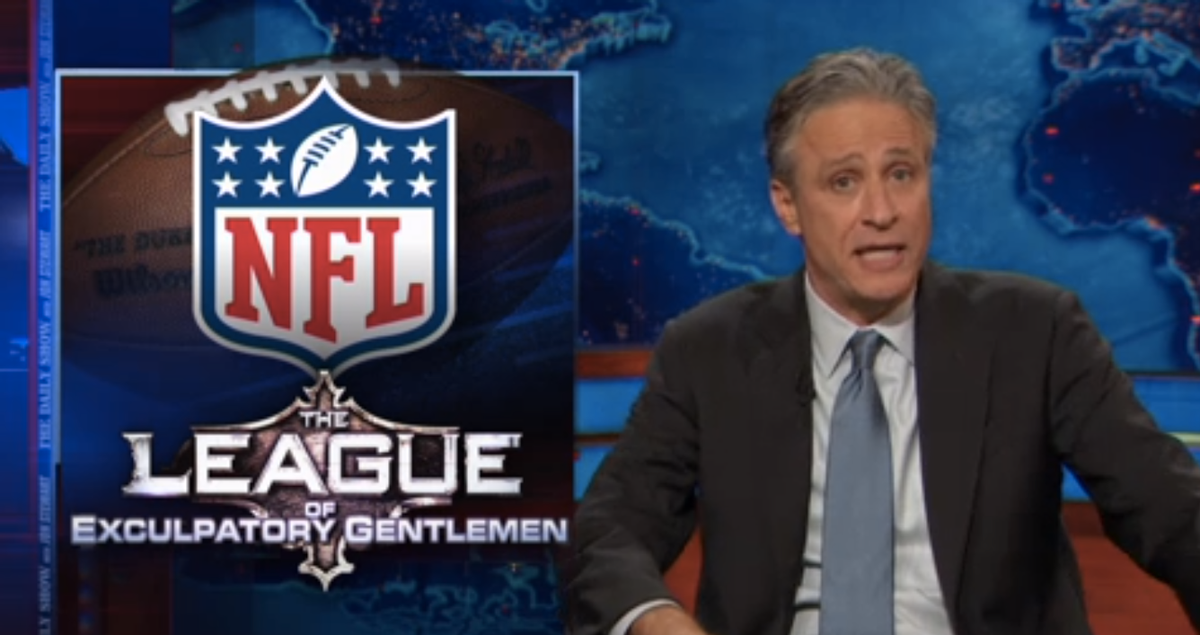 Jon Stewart took the NFL to task on Wednesday night over its gross failures to act in an appropriate and decisive manner on domestic violence and child abuse cases.

The entire ten minute segment picks apart the NFL's mishandling of the Ray Rice domestic abuse case. It takes on the flip-flopping punishments leveled on Adrian Peterson, accused hitting his 4-year-old son with a tree branch. And of course Stewart delves into who is putting pressure on the NFL to shape up: its sponsors, including Anheuser Busch. A case of "beer pressure" as Stewart put it.

"How crazy is this?" Stewart continued. "A company that sells alcohol is the moral touchstone of the NFL."