11 billion people by 2100? Solving the world's problems just got a lot harder than we thought

According to new models, the global population isn't going to peak any time soon 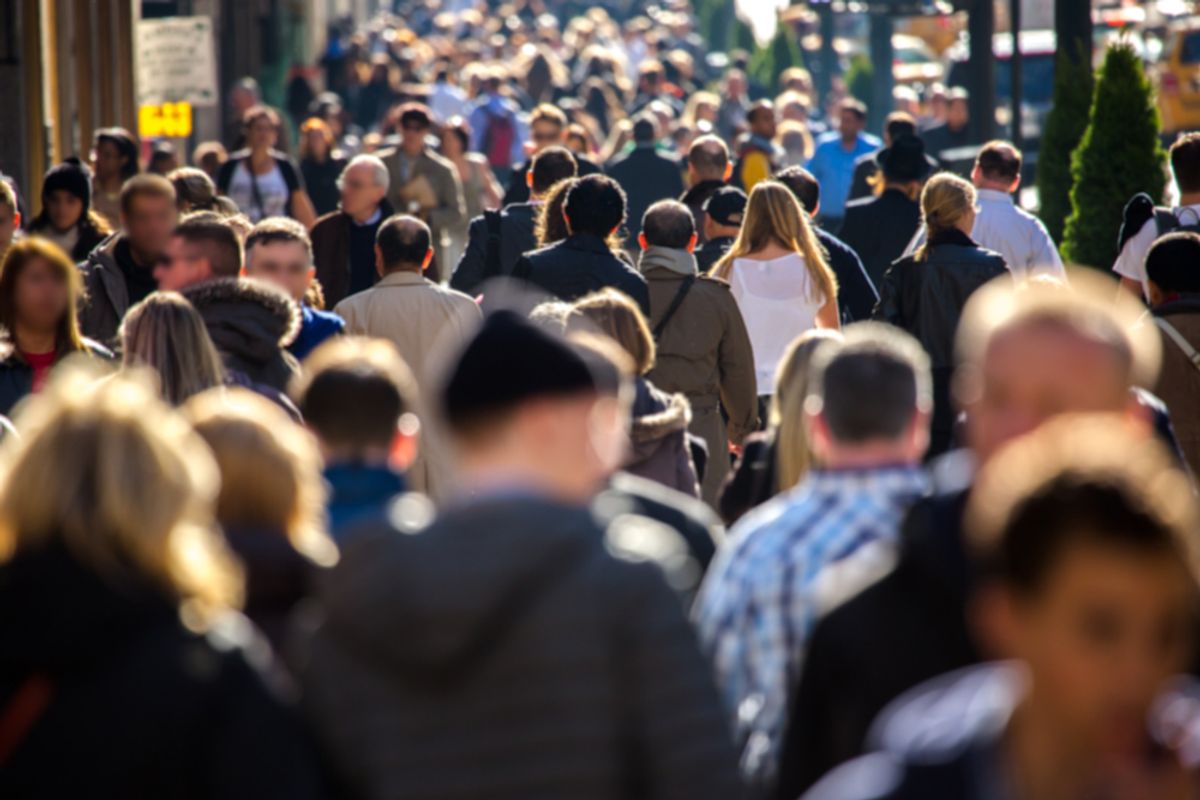 We've seen what 7.2 billion people can do to the world, and we could soon be finding out what happens if we add about 5 billion more. By the end of the century, predicts a new study in the journal Science, there's an 80 percent chance that there'll be between 9.6 and 12.3 billion of us.

There's only a 30 percent chance of population peaking this century, its authors calculate. The chances of it peaking at mid-century and then falling to a slightly more comfortable 9 billion by 2100, as others have predicted? Just 5 percent.

The idea that we're just going to keep on growing has been floated before -- the most recent U.N. estimates put us at 10.1 billion by the end of the century -- but that's usually thought of as the more extreme scenario. What's causing this new study to create waves is the degree to which its authors say they've reduced uncertainty, using "new probabilistic projections." That 10.1 billion estimate, for example, leaves a lot of room for error: relatively small changes in fertility, it points out, would lead to significant changes in global population, nudging it up to as high as 15.8 billion or as low as 6.2 billion by the end of the century.

The new numbers pose some serious problems for people working to figure out how we're going to support humanity without destroying the planet in the process. The most recent report from the U.N.'s Intergovernmental Panel on Climate Change, for example, assumes a mid-century peak of 9 billion for many of its scenarios -- that may turn out to be an underestimate, with significant implications for climate change.  According to the IPCC, "population projections are arguably the backbone of GHG [greenhouse gas] emissions scenarios, and are comparable in some ways with them." In other words, humans cause global warming; the more humans there are, the more warming there will likely be. Many argue that strategies for fighting climate change need to take that relationship more seriously. One 2010 study, for example, found that slowing population growth could result in a reduction of emissions accounting for 16 to 19 percent of where we need to be to avoid dangerous climate change.

But these calculations also underscore the need for developing nations to invest in renewable energy. Most of the previously unaccounted for growth identified here comes from sub-Saharan Africa. The continent's population alone could grow from 1.1. billion, where it currently is, to as high as 5.1 billion by 2100. The study's authors point out that unmet demand for contraception in Africa has been high, and has failed to significantly decline, for the past 20 years. But improved family planning might not be able to solve the problem on its own. The ideal family size in Africa -- a median of 4.6 children per woman -- remains high, meaning population might not decline without a change in social norms. And it's clear that the world won't be able to support another continent with a population density equivalent to China's today if it relies on traditional energy sources.

The other question, of course, is how we're going to feed everyone -- and in a way that's at least somewhat sustainable. Even with our relatively small current numbers, global hunger remains a significant problem, although many point out that we technically produce enough food for everyone. The challenge, more than ever, is going to be making sure that food gets where it needs to go. A study out last summer from the U.N.'s Food and Agriculture Association found that a full third of the world's food is wasted. And that waste, it calculates, contributes about 3.3. billion tons of CO2 to the atmosphere each year, an amount surpassed only by the combined emissions of the U.S. and China.

A more optimistic study, out this summer from researchers at the University of Minnesota, found that by focusing on “a relatively small set of places and actions,” like better use of fertilizer and water and a reduction in meat consumption, we could squeeze enough food out of our existing cropland for an extra 3 billion people. But that's yet to happen, and now it's no longer clear if it will even be enough. "These new estimates obviously make the challenge of feeding everyone even more challenging than we thought," Paul West, that study's lead author, told Salon. "Recent trends in crop yield improvements already miss the mark for feeding 9 billion by mid-century. This just reinforces the need to focus on food waste and diet to improve global food security."