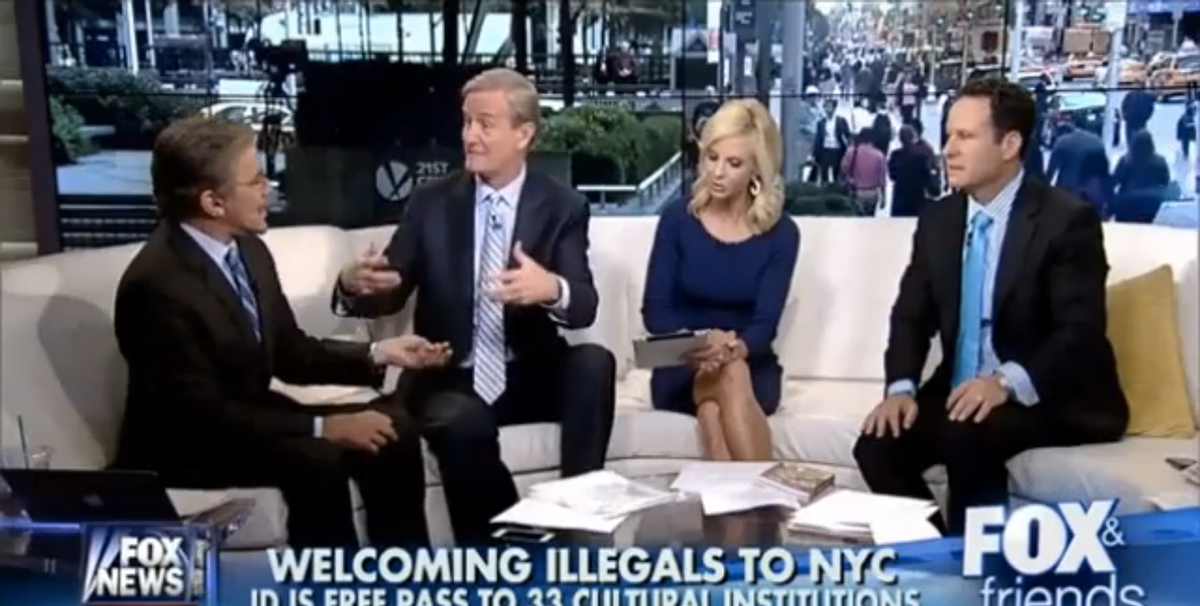 On Friday morning's edition of Fox & Friends, Geraldo Rivera and Steve Doocy discussed New York City's new municipal identification program for undocumented citizens. Doocy argued that the ID is nothing more than a plot to get "illegals" to vote--an unfounded allegation that also happens to be untrue.

Rivera shot back: "They give you free admission to the zoo and cultural events. I do not believe that you can use this to vote... Let me just put this in perspective. We are by far the largest city in the country, 8.4 million people. We have over 500,000 undocumented immigrants in the five boroughs of New York. To give you an idea, proportionally, that is the entire population of Atlanta or Tucson or Las Vegas. We have as many undocumented as those entire cities. How can we have a half million people in this city and not know who they are? Just taking inventory would make an ID an appropriate and prudent method for government."

"So you think they shouldn't be able to vote?" Doocy grinned. "Because I think they can."